Nothing is easier to take for granted than your toilet. But did you know that a third of the world’s population do not have access to a clean, safe toilet? Poor sanitation can lead to disease, make women and girls vulnerable to assault – and even damage a child’s education. 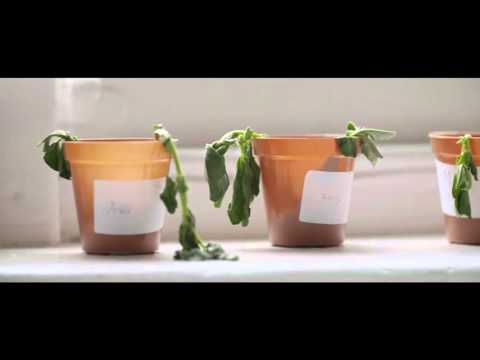 World Toilet Day, which falls on 19 November, is an occasion recognised by the UN and designed to raise awareness of the physical, emotional and psychological consequences of living without clean sanitation.

This World Toilet Day, Domestos and UNICEF are highlighting the effects of inadequate sanitation on children’s education. Poor access to sanitation and unsanitary toilets cause children in developing countries to take over 443 million sick days every year – the equivalent of every British child missing three months of school.

In a blog post for the Thomson Reuters Foundation, Nitin Paranjpe, Unilever’s president of Home Care, says: “With brands that reach 2 billion people every day, Unilever can play an active role in achieving the sanitation goal.

”When people gain the benefits of a clean toilet, they demand a cleaner environment. For us this fosters innovation, research and development – much of this aimed at making hygiene and sanitation available and affordable.”

Through the partnership with UNICEF, 1.32 million people have been reached with behaviour change sanitation programmes since 2012, meaning that 655,000 people now live in villages that are free from open defecation and have access to sanitation facilities.

Women and girls in these villages now have basic sanitation, ensuring that they have the freedom to relieve themselves without the risk of shame, harassment or attack. Thanks to the global partnership between Unilever, Domestos and UNICEF, 68,000 schoolchildren have benefited from sanitation and hygiene education programmes, meaning fewer sick days and more children staying in school. But the job isn’t done yet. By 2020, Domestos wants to help 25 million people worldwide gain improved access to a toilet.

The Domestos Toilet Academy helps local micro-entrepreneurs to establish businesses to install and maintain toilets in their communities. In the short term, it provides jobs, while longer term it stimulates the local economy and eventually becomes self-sustaining.

With two academies in Vietnam, the programme is now also gathering momentum in India, where nearly half of the population defecate in the open. The Academy works through a network of about 100 entrepreneurs and has reached more than 50,000 people across Odisha and Maharashtra, and the programme is expanding into Madhya Pradesh and Bihar.

We can always do more

“Sanitation is one of the world’s greatest challenges,” concludes Nitin Paranjpe. “It’s not acceptable that in the 21st century 2.4 billion people do not use a basic toilet. Through our programmes, I’ve seen the real difference we can make first hand to people’s lives, not just putting a band aid on the problem, but offering long-term sustainable solutions. I’m pleased with the progress we’re making, but we can always do more.”

The Global Goals this year were especially important for Domestos, as they drew attention to the sanitation crisis. In September, world leaders signed the Global Goals – a roadmap for global development until 2030 – at the United Nations General Assembly

Goal 6’s aim is to achieve access to “adequate and equitable sanitation and hygiene for all and end open defecation, paying special attention to the needs of women and girls and those in vulnerable situations” by 2030.

Again this year, Unilever has been invited to join the United Nations high-level panel for this World Toilet Day. We will speak and highlight our commitment to addressing the sanitation crisis through our Domestos partnership programmes.

You can help Domestos raise awareness of the urgent need to improve sanitation by sharing this video. On 19 November, join the #WorldToiletDay conversation and tell everyone why #WeCantWait to make sure everyone everywhere has access to a clean, safe toilet.

Join the #WorldToiletDay conversation and tell everyone why #WeCantWait to make sure everyone everywhere has access to a clean, safe toilet.