How artefacts from Unilever's Archives reflect our business today

Unilever’s award-winning Archive continues to celebrate its 30th year of service to the business in September 2015 – but of course many of the products, papers, records and artefacts it preserves date back much further.

Take a look at the examples below to find out how our past has shaped our present.

A meeting of minds

One of the most historically significant items in the Archive is a signed document from September 1929. It’s the formal agreement that states Lever Brothers Limited and Margarine Union would merge on 1 January the following year.

At the time, Lever Brothers Limited was based in the UK, but owned companies around the world and its interests were broad, ranging from soap and toilet preparations to animal feeds, oil milling, plantations and trading in Africa. Margarine Union was owned by the Van den Bergh and Jurgens companies, based in the Netherlands, and while its main interests were in margarine and edible fats across Europe, its business closely resembled Lever Brothers.

One of the main reasons for the merger was that competition for the raw materials so vital to each company’s success, was intensifying. Rather than compete for animal and vegetable oils, it made sense to join forces.

F D’Arcy Cooper, who went on to become the new Unilever’s first Chairman, said at the time: "Our co-operation has been harmonious to a degree that neither I nor anyone else could have anticipated considering that not only have we in the past represented interests that have been in conflict with each other, but we also represent various nationalities and therefore many different outlooks.”

Today, the availability of raw materials remains crucial for our business, and factors such as water scarcity and climate change are shaping how we operate, and who we work with. Our commitment to the Unilever Sustainable Living Plan is testimony to this challenge.

The first ad on UK TV… and our creativity continues

Unilever is one of the biggest and most creative TV advertisers in the world today – and it all started 60 years ago when we became the first company to advertise on UK television.

Our ad for Gibbs SR toothpaste aired to 100,000 homes in London and the South East of England on 22 September 1955 – and by the late 1950s, nearly a quarter of all toothpaste sold in the UK was by the SR brand.

Our advertising innovations continue to make a big impact today, from Dove’s thought-provoking films which explore self-esteem and attract millions of YouTube views around the world, to attention-grabbing activations designed to appeal in local markets. We know creativity is key to driving behaviour change – and in our efforts to make sustainable living commonplace. 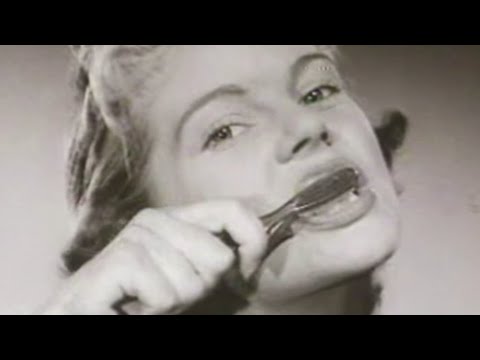 Lifebuoy at the front line

The Archive holds many examples of activations where our brands have set out to improve life for others through hygiene, health and educational initiatives which brought them closer to consumers – especially when they were facing adversity.

During the Second World War, Lifebuoy provided an Emergency Bath Service which provided hot baths and showers for both the British troops and thousands of civilians who had lost their homes. The brand also supplied washing facilities for German and Italian prisoners of war.

Today Unilever partners with a range of organisations to help communities affected by conflict and natural disasters. Our outreach programmes through brands such as Lifebuoy, Pureit and Domestos are also bringing hygiene and education to thousands of people in developing countries, helping to improve their wellbeing, sanitation and safety.

In 1956, Unilever launched a seriously game-changing product. Sqezy was the first washing-up liquid to be sold in a squeezable plastic container – something which has since become standard all over the world.

Sixty years on from Sqezy, we’ve just unveiled a new type of squeezy bottle. Hellmann’s new mayonnaise bottle is lined with a microscopic layer of flavourless vegetable oil which allows consumers to get the most from every bottle – reducing food waste. It goes to show that we’ve always been dedicated to innovation to ensure the people who buy our brands get the most effective products on the market.

For behind the scenes insight on managing Unilever’s archive read our join in blog piece by the Head of Unilever’s Art, Archive and Records Management team Claire Tunstall.

To find out what artefacts are in our Archive you can browse the online catalogue at www.unilever-archives.com 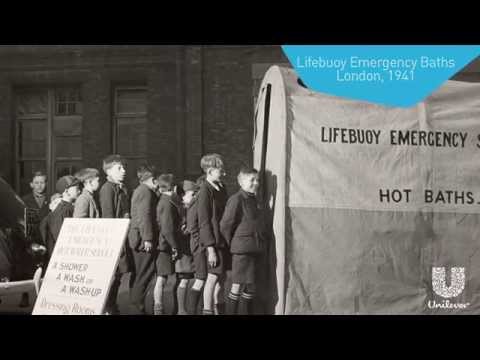 Watch: Celebrating
Back to top