Leave no one behind

Could a ‘Progressive 20’ set of governments manage to turn the tide on inequality through rethinking tax, education and wages? Oxfam’s Rachel Wilshaw explores a future in which Global Goal 10 (Reduced inequalities) has been achieved.

Rachel is Oxfam’s Ethical Trade Manager and author of Labour Rights in Unilever's Supply Chain: from Compliance Towards Good Practice and Steps Towards a Living Wage in Global Supply Chains. She is a Board member of the Ethical Trading Initiative.

It is impossible to overstate the importance of Global Goal 10 – to tackle income inequality. Its promise is to "leave no one behind", and to focus on poverty and inequality everywhere, not just in developing countries.

In the last 30 years, extreme economic inequality has spiralled out of control, such that today in 2015, almost half the world’s wealth – $110 trillion – is owned by the richest 1%, and the richest 80 people own as much as the poorest half of the planet.

Oxfam’s report Even it Up: Time to Reduce Extreme Inequality highlighted key root causes to be an extreme form of capitalism and the capture of political power by the wealthy, so that wealth trickled up rather than down. For instance, in 2013 Oxfam shone a light on the $18.5 trillion parked in tax havens, depriving governments of $156 billion in tax they needed for public services.

So looking back from 2030, what might have worked in reducing inequality, and what benefits would this confer on society? Here is the story of the ‘Progressive 20.

Inspired by the Global Goals and progress since the millennium, 20 progressive governments committed to a different path of economic growth with shared prosperity. They agreed a common focus on fairer tax, a healthy educated population, rewards for productive work and gender equity.

The Progressive 20 (P20) included countries with a promising track record, such as Brazil and Ecuador, which increased minimum wages towards a living wage; Thailand, which introduced a scheme for universal health coverage; Uganda, which abolished school fees; and Vietnam, which is growing its economy and reducing poverty without increasing the gap between rich and poor. Their vision attracted back men and women from the European and US diaspora, re-invigorating national institutions.

First, the P20 helped negotiate, and then took advantage of, a new global tax system requiring the richest individuals and multinational companies to pay their fair share, and created heritage funds with revenue from extractive industries. These measures enabled them to reduce and then remove user fees for schools and health services. They committed to a ‘Fair Living Wage’, which narrowed the gender gap, and stronger corporate governance, which ushered in a flowering of employee ownership models with fairness and respect for human rights in their DNA.

These measures created a healthy, educated and motivated generation, well placed to tackle ongoing challenges. In 2030, the P20 became the P100 and inspired the next generation of global goals.

Is such a scenario possible? Yes. And as someone who has worked in Oxfam for nearly 30 years, the scenario I have imagined is one that gives me, my colleagues, and our development partners, hope for the future. 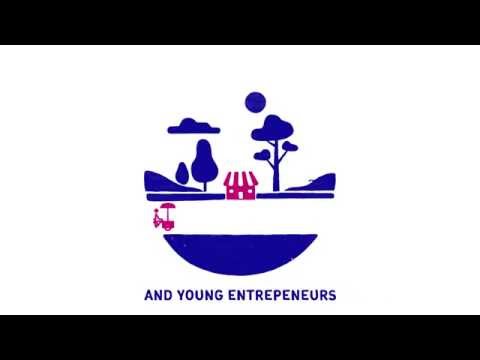 Watch: Why
Back to top