Shiva Krishnamurthy, General Manager, Beverages, Hindustan Unilever, tells us how an ad featuring the hijras 6 Pack Band is helping consumers find common ground, one cup of tea at a time

Shiva runs the tea business in India, and is responsible for the overall
category performance

Tea is my country’s national drink. Nearly every street corner in India will have a stall that boils and sells tea.

As general manager of beverages in Hindustan Unilever, running Unilever’s €400 million business in leaf tea, a lot of my work gets done over a cup of chai.

My personal favourite is masala chai served with plenty of milk and sugar, richly spiced with ginger or cardamom.

The mother of all market developments

When the Brooke Bond Red Label tea brand was launched in 1903 there was no tradition of drinking or growing tea in India – now we are the world’s biggest grower and drinkers of black tea. It’s deep rooted.

People have a warmth for the brand. Its blend has remained unchanged for decades. Customers know and trust it to provide a balanced cup to tea that’s not too strong and not too flavourful.

Creating cut through in a competitive market

In India tea is a flirtatious market and a competitive one. The market leader currently holds 7.5%, we hold 7%. Market share is hard fought and won.

In the South and West, in big cities such as Bangalore, Hyderabad, Nagpur and Pune, we hold 30-40% of the market. But most Indian customers will purchase two or three different brands each year.

We wanted to create new content for our brand that not only provided cut-through but also meaningfully engaged our customers with our brand purpose – to make the world a more welcoming place – one cup of tea at a time.

We wanted a campaign that expressed our brand values; that went beyond tokenism or photo opportunities, something daring and provocative that tackled taboos.

This is what attracted us to the idea pitched by the youth arm of YRF – Y-Films, which saw us creating an ad with a band of transgender musicians called the 6 Pack Band.

Our brand purpose is to make the world a more welcoming place – but not everyone gets to experience it that way.

The hijras (transgender community in India) are often shut out from mainstream society. Many are disowned by their family and have to scrape a living begging on the streets or worse.

But they are also in demand to sing and dance at auspicious events such as weddings and naming ceremonies – so creating a musical ad for Brooke Bond was not something that seemed manufactured or artificial.

Inclusiveness has always been at the heart of Brooke Bond Red Label. So when presented with an opportunity to make this come alive for the hijras community, I found it very pertinent.

Here was a golden chance to #UNSTEREOTYPE the typical portrayal of this community in pop culture. #UNSTEREOTYPE is Unilever’s movement to break gender stereotypes in advertising.

Their portrayal is often a caricature. We went completely against that grain by showing real, heartwarming narratives, as well as showcasing the music talent of the band members.

Taking a risk, reaping the rewards

The first song we aired was a cover version of ‘Happy’ and the reaction was way better than we expected. But it was the second song which made any apprehensions I had melt away.

It’s called the Chai song – and it tells the story of one of the band members who came out and the resistance she faced and overcame.

One of the best singers in India, Sonu Nigam sung the song which featured verses from Guru Granth Sahib, the Sikh scripture that teaches equality.

There is also a wonderful rap that in a fun, non-preachy way explains that tea doesn’t change as a drink whatever the opinions or outlook of the drinker.

Everybody liked it – the Sikh community, consumers, friends, family – and the buzz began on social media and the internet. Indian A-listers started to approach us to work with the band. And the campaign itself touched 25 million people.

Did it impact our sales? I’m happy to say that our sales did go up and this was a key contributor. But we also had a lot of other activity for Brooke Bond at the same time, so it was part of a larger picture.

Did it make people aware of our brand purpose? Most definitely, yes.

I got a call from our agency past midnight telling us the campaign had won a Grand Prix award at the Cannes Lions for creativity.

I wasn’t totally awake when I answered the call – so I think I mumbled congratulations and went back to sleep. It only hit the next day when I saw my email inbox – and it’s still just sinking in.

What’s next for the 6 Pack Band? A new single, possibly an album and a tour.

What’s next for Brooke Bond Red Label? We’ve taken baby steps with the message of the Brooke Bond 6 Pack Band and we are ready to do more.

Our next ad campaign brings strangers together for a conversation over a cup of tea. Our first one is between a housewife and a sex worker and though they have many differences, their care for their family is very much the same.

Tea is a great equaliser, it allows people to come together and find a common ground. That continues to be our point and purpose – to help people find common ground, one cup of tea at a time. 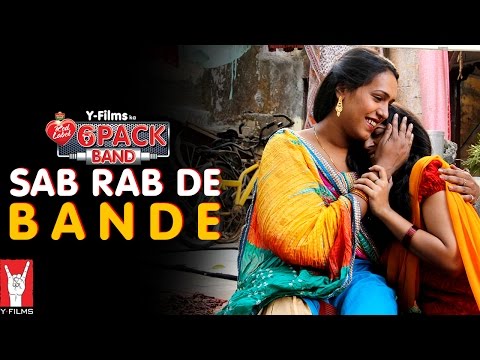