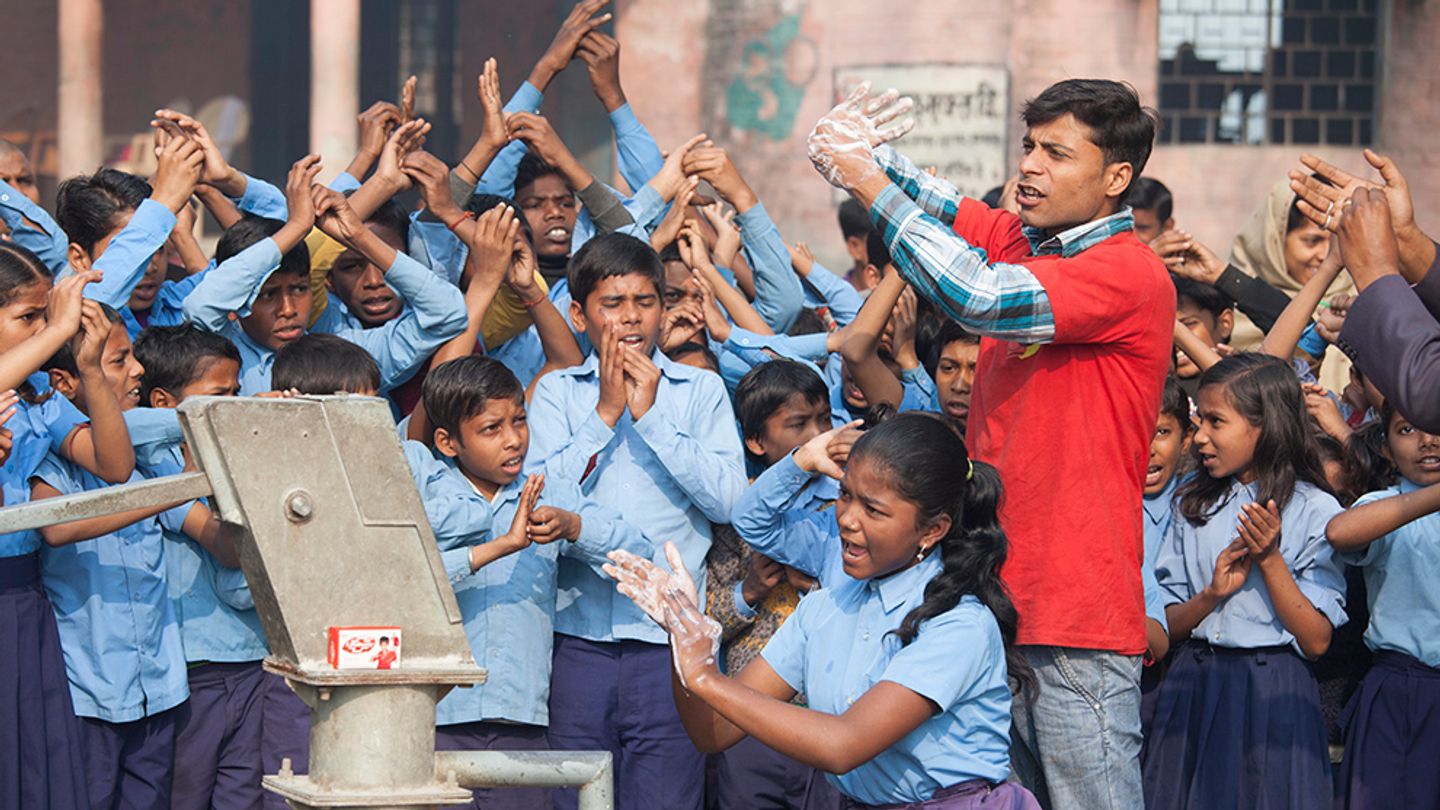 The power of collective action and the need for more

How can collective action address the big challenges facing our world? We spoke to people inside and outside our business to find out how collaboration and partnership are driving change.

The Paris climate agreement and the launch of the UN’s Global Goals have set out a path to end poverty, combat climate change and fight for justice and equality.

But how can we turn intentions into reality – and what is the role of business?

“More than ever, the tools and resources that are needed to tackle these challenges have been concentrated in the private sector,” Thomas Tighe says.

“NGOs don’t have a monopoly on righteousness – we need to move away from labelling in terms of public and private, profit and not-for-profit. The generation of people now leaving education are much less label-minded about service in the public or private sectors – they want the world to be better, and will challenge what they see as wrong wherever they are.”

In 2015, Direct Relief and Vaseline launched the Healing Project, a new social mission to help heal the skin of 5 million people living in crisis or conflict.

It is part of our Unilever Sustainable Living Plan commitment to help more than 1 billion people improve their health and wellbeing – and just one example of what Unilever CEO Paul Polman has called the “new types of collaboration, innovation and partnership [we need] to drive collective action for a brighter and more sustainable future for all.”

So far the Healing Project has reached over 1.4 million people in over 40 countries, and has been, Thomas Tighe says, “a powerful project of real value”.

“Direct Relief has been around for 68 years, but this was our first experience of working with a consumer brand, and the first time we had engaged with a company of Unilever’s size and scale,” he says.

“So far the experience has been entirely positive.

“It has raised awareness of common dermatological conditions. Vaseline has a day-to-day application for chronic issues that affect people’s lives. This project took Vaseline to places that were off the normal commercial channels, places where a sales-only approach might not.”

As well as creating social and environmental benefits, collective action can also realise benefits for the partner organisations taking part, as Bruno Fux, Head of Commercial at sustainable waste management company Geocycle, found when his team played a key role in Unilever’s drive to achieve zero waste to landfill. The zero waste programme, led by Tony Dunnage, Unilever’s Manufacturing Sustainability Director, explored ways to use waste from Unilever sites that had previously gone to landfill, including as an energy source for Geocycle’s parent company, cement-maker LafargeHolcim.

“Unilever and Geocycle, in partnership with LafargeHolcim, already had scattered business relations around the globe – we offered sustainable waste management solutions here and there,” says Bruno Fux.

“Thanks to Tony’s initiative, we took a more systematic and structured approach in identifying new opportunities. Sharing the success stories as they happened had a positive domino effect on both organisations, so we could speed up the achievement of the zero waste to landfill goal significantly.”

“Thinking outside our boundaries”

In December 2014, Unilever achieved zero waste to landfill status across our global network of 242 factories in 67 countries.

Now, over 600 sites around the world, including warehouses, distribution centres, and offices, have eliminated waste to landfill.

“Collective action played an important role in not only helping us achieve our zero waste target, but in rapidly accelerating the speed of our global roll-out programme, meaning we reached our target well ahead of schedule,” says Tony Dunnage.

“Opening up initial conversations around zero waste enabled us to see we had more in common with others than we originally thought. The project made us think outside our factory boundaries and we were able to replicate our learnings in other parts of the business.”

Sharing best practice beyond the business is another important way in which collective action works. In 2015 Unilever hosted an event – The Zero Waste Mindset – at which companies, NGOs and academics were invited to share findings and inspire new thinking.

Are there any pitfalls to look out for?

Starting collaborations in the right way is crucial, our experts pointed out.

“We decided that we should be candid and say what we wanted and what we thought from the outset,” Thomas Tighe said of the Healing Project. “There is nothing to be gained from just saying what people want to hear. By starting out open and honest we had a conversation that worked throughout.

“Vaseline wanted the project to do what it said it was going to do – to be transparent – which was really important for us. We had a genuine conversation and together we created a real focus on community health.”

The success of collective action gives businesses greater incentive – and responsibility – to do more of it, the experts agree.

“Collective action not only results in better performance, it is also more rewarding,” says Bruno Fux. “In today’s world, where everybody and everything is linked and where information technology supports collaboration, it is actually much easier to engage in collective action – and as leading multinational companies in our fields, it is our responsibility to join forces."

“Where there’s an opportunity to serve millions of people, we should take it,” says Thomas Tighe.