On a social mission

Elsie has made such an enormous impact on Unilever’s social mission in Kenya that it’s hard to believe she joined the company as recently as 2015. From day one, she had a vision that extended far beyond the responsibilities of her role as a personal assistant, working tirelessly to improve the lives of women and children, as part of her job and in her spare time.

Motivated by the poverty and lack of education she witnesses – including the fact that some communities don’t even allow young women to go to school – Elsie has made it her goal to help them handle the many issues they face in a more informed and confident way.

Outside of work, Elsie established the Endometriosis Foundation of Kenya. She set up the Purity & Purpose programme, a 10-week course that provides information and discussion around the issues affecting young women today. She also launched Heroes for Change, a youth social volunteer programme, which has already reached more than 400,000 Kenyans. 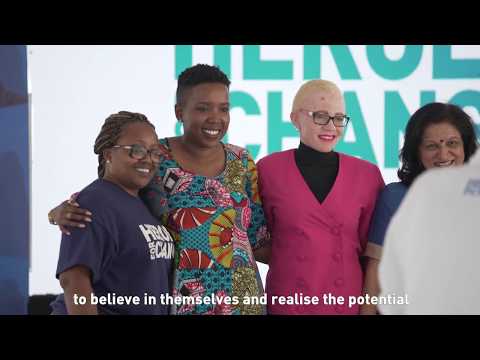 Given all that hard work and achievement, it’s no surprise then that in 2016 Elsie was voted the third Most Influential Young Kenyan and the Most Influential Young Kenyan Women, in rankings compiled by Avance Media. Embodying the values of our Sustainable Living Plan, she ensures that the company’s work is impactful and relevant, supporting both the business and local communities.

“When women are empowered, our society is empowered,” she says. “I want to reach as many women as possible, to help them realise the potential that is within each and every one of them.”