Everyone should have access to a clean, safe toilet

Some people might think a toilet isn’t such a big deal. That’s probably because they’ve always had one. Sunila Devi never did.

"I NEVER THOUGHT HAVING A TOILET WOULD BE SO USEFUL"

Sunila recently became one of the first owners of a private toilet in her remote village in rural Bihar, north India. Beforehand, everyone in her household had to go to the toilet outside.

“I never thought having a toilet would be so useful,” she says. Now my children will not have to go outside to defecate.”

A staggering 892 million people face Sunila’s predicament. As well as being an indignity, open defecation makes people much more susceptible to bacterial diseases such as diarrhoea.

At Unilever, we passionately believe that a clean, safe toilet is everyone’s basic right. Toilet access also concerns us because, as we own some of the world’s best-selling household cleaning brands, improving hygiene is what we do. 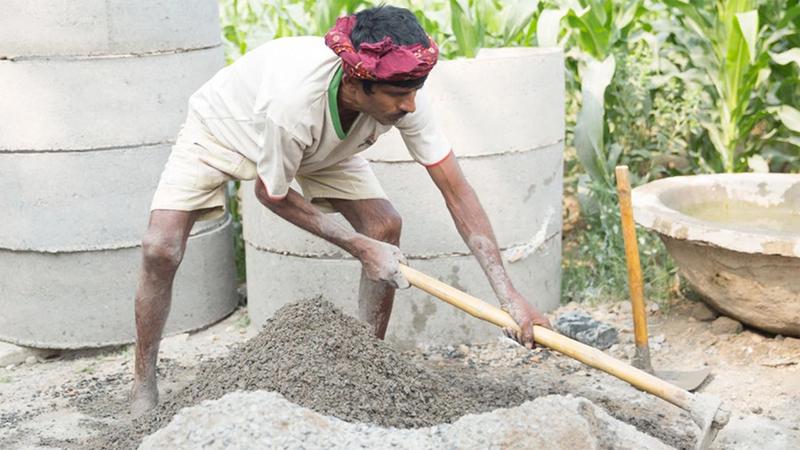 892m people defecate outside - making them much more susceptible to bacterial diseases such as diarrhoea. 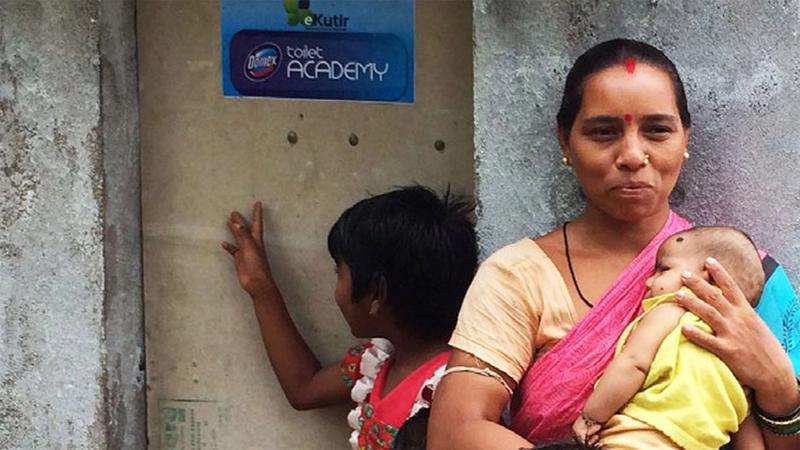 Domestos helps protect children and families from the dangers of disease

Domestos is leading the way here. By 2020, our iconic detergent brand has committed to help 25 million people gain improved access to a toilet. And since the negative impact of poor sanitation starts early in life, a particular focus is on schoolchildren.

Fewer than half of schools in poorer countries have adequate sanitation facilities. This means that children miss days through sickness or don’t go to school in the first place. Girls are particularly vulnerable to missing out on education because there are often not separate or private facilities.

Children may not be able to do anything about the sanitation problems in their schools, but we can. Domestos is helping to tackle the issue by working with local NGOs and governmental authorities to help improve and maintain the condition of school toilets in over ten countries.

How you can help spread the word

On World Toilet Day 2017 – 19 November – Domestos will become the voice of every child whose right to have clean, safe toilets is not respected, by creating awareness, debate and action around school sanitation.

Domestos is asking a simple question: when it comes to school toilets, where do you stand? Is a clean toilet a right or a privilege?

Help us spread the word on social media, and make clean school toilets a right this #worldtoiletday #CleanerToiletsBrighterFutures. 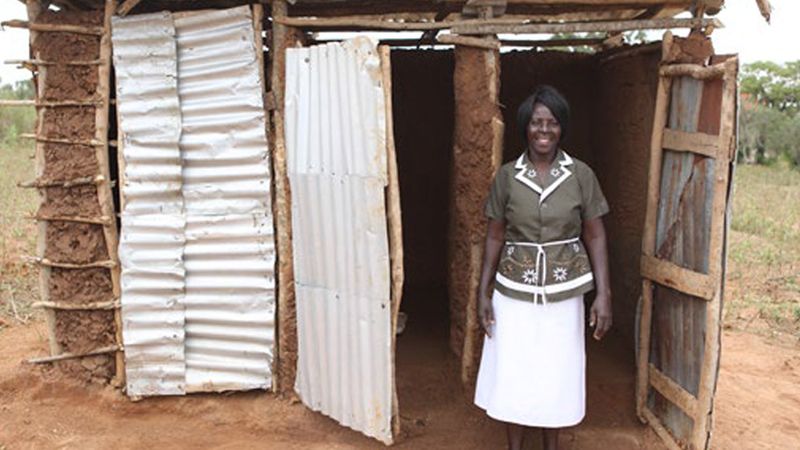 Working together is the only way the world has a hope of achieving ‘sanitation for all’ – a core target of Sustainable Development Goal 6.

This is why we established the Domestos Toilet Academy programme. The initiative adopted a market-based approach that focused on training local people to sell and install toilets. We worked with micro-finance organisations to help poor people pay for a toilet and with suppliers so that communities could save money by buying the necessary building materials in bulk.

The Domestos Toilet Academy directly created jobs by training entrepreneurs who went on to provide more than a million people with access to a toilet. The act of providing people with an affordable alternative to open defecation gives them a sustainable livelihood at the same time.

In places like India, there has been increased government focus on toilet construction. But just because people have a toilet doesn’t necessarily mean they will use it. So, our emphasis now is on encouraging people to use their toilets and keep them clean. With our extensive experience of this type of behaviour-change programme, we are well placed to make a positive impact in this area.

Since 2012, Domestos and Unilever have been supporting UNICEF’s work to protect children and families from the dangers of disease

Since 2012, Domestos and Unilever have been supporting UNICEF’s work to protect children and families from the dangers of disease. So far, the global partnership has helped more than 6 million people have clean and safe toilet facilities in communities around the world.

By working with partners like UNICEF – the world’s leading children’s organisation – Domestos and Unilever can support sanitation initiatives that deliver solutions at scale. During specific periods of the year, every specially marked bottle of Domestos sold contributes directly to UNICEF’s work to help save and change the lives of children by empowering millions of families to have clean and safe toilets.

This idea of improving access to sanitation while, in parallel, providing opportunities for people to earn an income, led to us co-founding the Toilet Board Coalition.

This global, business programmes-led coalition of leading companies, government agencies, sanitation experts and non-profit organisations, is looking at ways to build a sanitation economy. These include business-led approaches to provide sanitation to the underserved and exploring the business case for turning human waste into valuable resources such as fertilisers, animal feed or high value proteins.

“Everybody loves having a toilet.” That’s Sunila’s verdict. We believe it’s time that millions of others begin to enjoy this same right to essential sanitation too.

Some people might think a toilet isn’t such a big deal. That’s probably because they’ve always had one. Sunila Devi never did.