Around the world, billions of people live with vitamin and mineral deficiencies. In the latest in our ‘Farm to Fork’ series – calling for large-scale change to the food system – Greg S. Garrett and Lawrence Haddad from the Global Alliance for Improved Nutrition [http://www.gainhealth.org/] (GAIN) explore fortification. 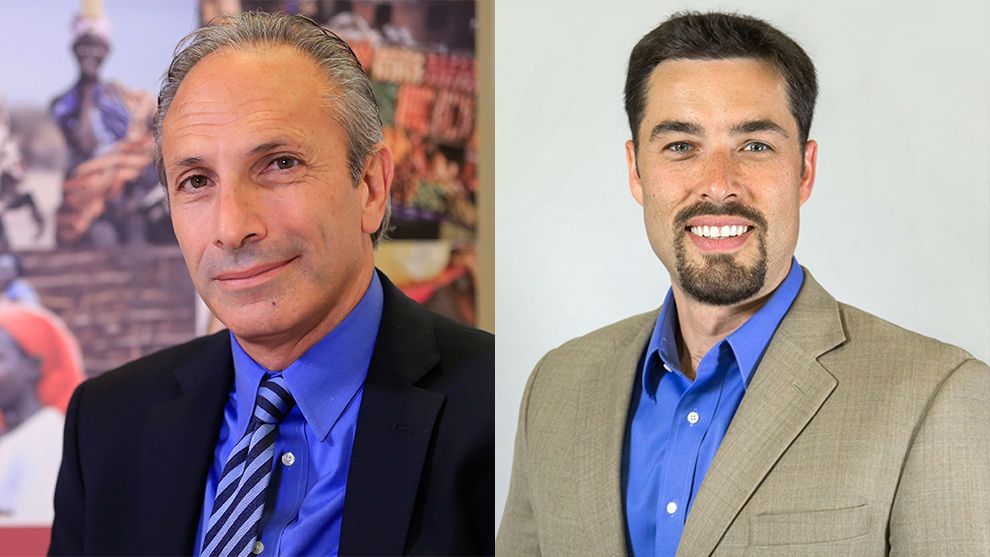 Prior to becoming Executive Director of GAIN in October 2016, Lawrence was Research Fellow at the International Food Policy Research Institute in the Poverty, Health and Nutrition Division. Lawrence was the founding co-chair of the Global Nutrition Report from 2014 to 2016. Greg oversees GAIN’s fortification, finance and urban nutrition efforts. Greg is on the Board of the Iodine Global Network and on the Executive Management Team of the Food Fortification Initiative.

Food fortification is the practice of adding small and safe amounts of essential vitamins and minerals (micronutrients) to staple foods and condiments. Practiced in North America and Europe since the 1920s, it’s among the world’s most cost-effective development interventions, and can help entire countries improve intakes of micronutrients. What’s more, over 80 countries (many of which are low income) have now mandated large-scale fortification of wheat and maize flour.

Much of this progress has only been achieved in the last 15 years. However, while that’s impressive, activity does not automatically lead to achievement. Fortified food has to be fortified at the right level, and it needs to be consumed by those who are malnourished. Available data indicate a tremendous need to improve coverage and compliance if we’re going to achieve major reductions in micronutrient malnutrition.

We also need to extend food fortification to new countries which continue to suffer from high rates of deficiency. There is an enormous unfinished agenda on fortifying key food staples – it needs to be completed if we are to reach the 2030 Sustainable Development Goals (SDGs).

Vulnerable populations can be reached with nutrients rapidly and sustainably, if we work through and improve the existing food supply channels. This helps achieve optimal coverage, including among women prior to conception, and for children during the critical 1000-day window from conception to two years of age.

So it’s important that countries carefully select the foods to be fortified, ensuring they are highly consumed, affordable, available, delivered at scale and have evidence of effectiveness. This is also important for the environment. Using existing systems – as opposed to producing new foods on additional land and relying on new infrastructure – prevents additional emissions of greenhouse gases.

Surprisingly, micronutrient malnutrition is not only present in low-income countries, but is also far too prominent in medium- and high-income countries. The Global Nutrition Report of 2016 found surprisingly high rates of anaemia in women of reproductive age in all countries, with little evidence of progress in reducing those levels.

High-income countries such as the US and UK are also not exempt. For example, The Lancet showed that the UK – which does not have a salt iodization programme – is mildly iodine-deficient. In fact, by one measure, the UK now ranks (PDF 82KB) among the most iodine-deficient nations in the world. Salt iodization and staple food fortification programmes remain highly relevant in high income countries.

Even though fortification is a tried and true intervention, there is still much innovation required. Which new food vehicles can and should be fortified? What new rapid test kits can be deployed to test foods for vitamins and minerals? How can we improve national production and delivery of the fortificant added to foods? What opportunities exist to fortify healthy processed foods? Do urbanisation, changing food systems and volatile food prices accelerate the need for fortification? As biofortification becomes a more viable option, how do we help policymakers ensure it complements large-scale food fortification efforts?

These are just some of the questions we’re answering at GAIN, as we look to reach another billion individuals with fortified foods and help end micronutrient malnutrition over the next 5 years. We’ve just released the new Global Fortification Data Exchange, which will help policymakers, donors and international partners build a more complete and transparent picture of fortification status and develop new innovations.

5. View business as a partner, but help them engage

Food fortification must not be a marketing gimmick. But fortification can be a value addition and its business case must be taken seriously. The private sector undertakes the actual fortification processes – incurring most of the initial costs and taking the fortified product to market.

Therefore, the private sector requires appropriate regulations and enforcement to ensure equal opportunity. They also need to understand how profitability can increase as the penetration of fortified foods expands, and often want advice on how to improve brand value by improving nutritional content and labelling.

Perhaps most importantly, the private sector wants to understand the positive outcomes that a fortified product can have on its consumer base in low-income communities. We need to raise awareness along the value chain, build transparent and effective partnerships, establish clear roles and responsibilities between the private sector and governments and ensure appropriate regulations. By doing this, we can achieve large-scale impact for billions and a more sustainable food system through food fortification.