Working through a revolution

Sabir protected our factory and people during turbulent times in Tunisia

In 2015, after the Tunisian revolution, issues related to safety, quality and costs at our Tunis factory led to the stoppage of production and the dismissal of several senior managers. With every week of lost production costing €1 million in turnover, we needed to address this problem quickly.

Sabir – who is the Plant Manager at our Casablanca factory – played a central role in managing the crisis. He stepped in as interim Factory Manager for Tunis and co-ordinated a team of experts from other factories to help get the facility up and running again. 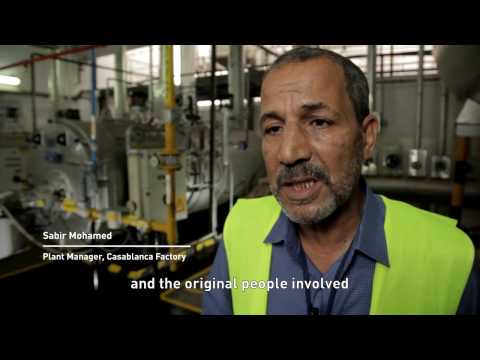 Sabir was due to have treatment for a medical condition but put that on hold because of the urgency of the situation. He and fellow managers also cancelled holiday plans as the safety of colleagues in the Tunis factory was considered a priority.

Sabir’s commitment to his workforce boosted morale and loyalty, and putting their safety first prevented a union strike from going ahead.

Sabir says: “We have resumed production without any safety issues or losses in terms of manufacturing or market presence. I love my job. All I do comes from the heart.”