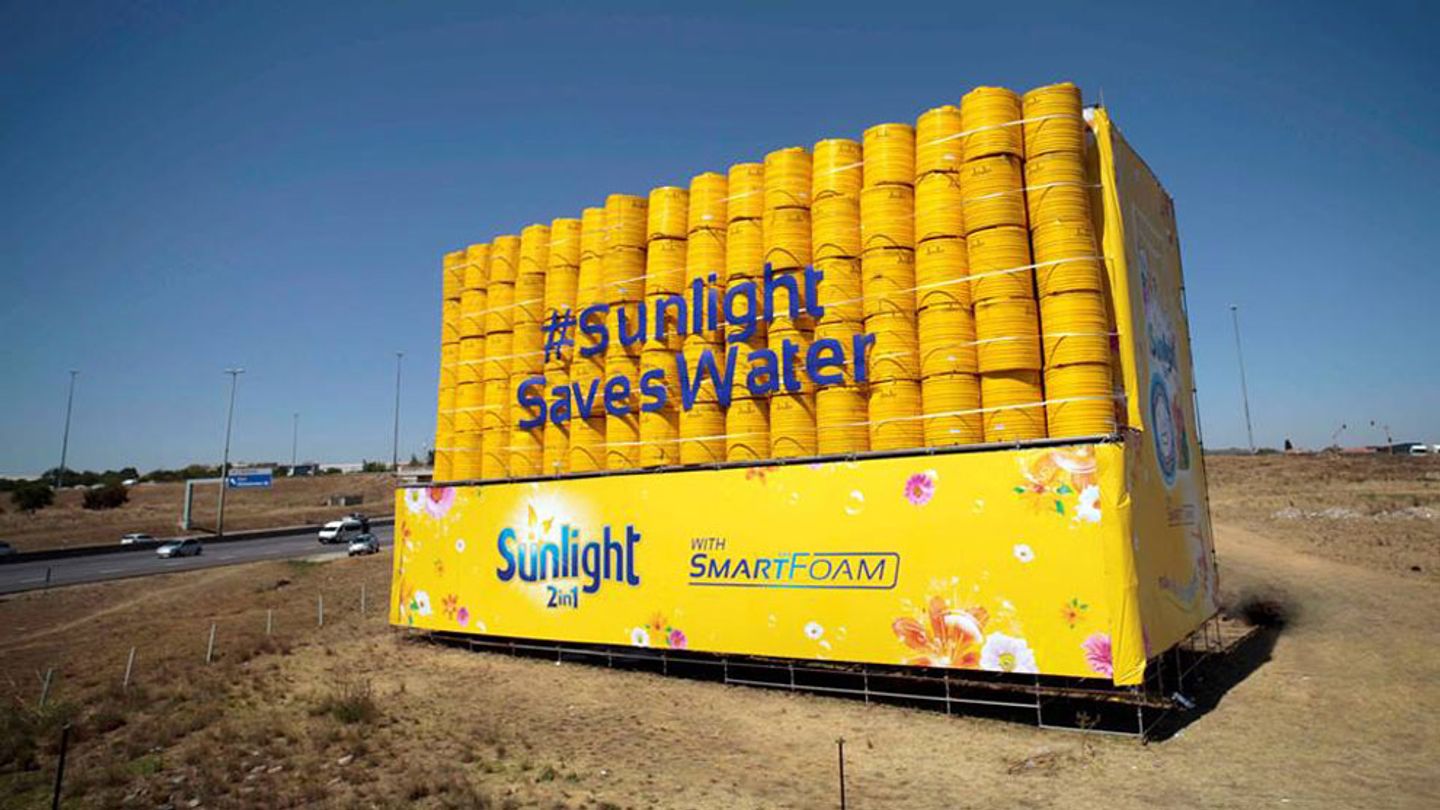 SmartFoam: the smart way to save time, effort and water

Sunlight, the brand name for Surf in South Africa, was launched as a bar soap in the 1890s, aiming to make cleanliness commonplace. At Sunlight, we believe we can make life brighter by helping people save water.

In countries like South Africa, women still wash their laundry by hand, a hard and time-consuming task which takes up hours of their day as well as a huge amount of water. Sunlight is helping make every drop count by introducing a new technology in all its handwash powders, called SmartFoam. This unique technology rinses away the foam in up to half the rinses compared to its current products, making laundry easier and quicker while saving significant amounts of water along the way.

SmartFoam helps to protect water as a limited and precious resource, as well as reducing the amount of time women spend doing the laundry, allowing them to do other things, such as spend time with their children, learn a new skill or even start a business.

To support the launch of SmartFoam in South Africa, a 10 metre high billboard was constructed from 80 JoJo tanks (rainwater storage tanks). South Africans could then nominate communities via Facebook and radio where the billboard should be installed.

The community of Tembisa, in Johannesburg’s East Rand, received a JoJo tank – able to collect 4000-5000 litres of rainwater - making a huge difference to the people who live there. Gloria Lebeya, the manager of a local orphanage, said: “This tank is going to make things easier for me to water our garden and feed the children and the community.”

Alarmingly, reports show that 37% of clean drinkable water is lost through leaking pipes, dripping taps and ageing infrastructure in South Africa. Sunlight identified Tembisa as one of the many communities with a number of leaking taps, where water conservation is needed. As part of the water-saving strategy, Sunlight installed 250 push taps which only function when pushed down and help save water. They significantly reduce water wastage, as well as being a vital resource for the communities.

“In just six months, the #SunlightSavesWater campaign has saved 1.5 million litres of water, which is the equivalent to 311 JoJo tanks. Sunlight will continue to help South Africa save water and make life brighter.”