“We are one. Raise your voice,” chant the women in unison, their orange saris a sharp contrast to the rich green tea leaves they help harvest from this Assam tea estate.

All of them are proud members of the Jugnoo Club, a women’s group formed by plantation workers to inform managers on ways to improve the estates for the women and girls that make up more than 60% of the workforce.

Jugnoo is an apt name for the club. It means ‘firefly’ in Hindi, and the club’s aim is to serve as ‘beacons of light’ for the women and girls who are employed in Assam.

They are just one of the many partner organisations in India and Kenya who have been engaged alongside their governments, NGOs, the police and grassroots organisations, including school and community groups, to help UN Women and Unilever shape what is known as ‘A Global Women’s Safety Framework in Rural Spaces (PDF 6.53 MB) ’.

Set to launch on 10 December – Human Rights Day – the framework aims to increase the safety of women in agricultural value chains.

These issues are not unique to Unilever or East Africa or India. Many other companies and our suppliers face similar challenges. This guidance and step-by-step approach is needed to bring lasting change.

Why business has a role in ending gender-based violence

More than a third of women worldwide have experienced either physical or sexual violence at some point in their lives, according to research by the World Health Organization.

And while it’s hard to put a price on the emotional and physical impact of violence on women’s health and wellbeing, we can put a figure on its economic impact. Research estimates the cost of violence against women each year is an estimated 2% of global GDP – that equates to US$1.5 trillion.

Addressing gender-based violence and creating a safe and empowering workplace for women is critical to a company’s ability to function and prosper, which is why our Unilever Sustainable Living Plan has a pillar specifically focusing on Opportunities for Women.

“There cannot be real inclusion if women are subject to harassment,” says Marcela Manubens, Unilever’s Global Vice President, Integrated Social Sustainability. “We have a duty to use our influence to expose and drive out intolerant behaviours and work together to promote a respectful environment,” she adds.

Over three years, existing measures to promote women’s safety were reviewed. The work began on our tea estates in Kericho; then in 2017 it was extended to some of our tea suppliers in Assam. Four areas where action could be taken were identified. 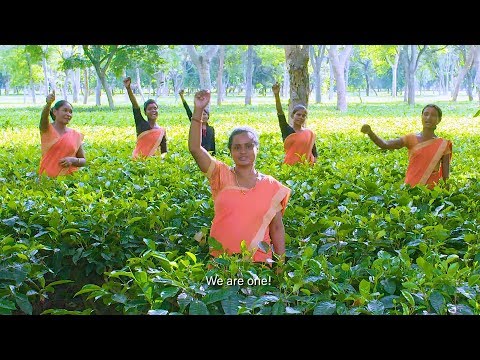 The first was encouraging producers to look within their companies to see how women’s safety was being addressed. “I feel great to be part of this pioneering work,” says Unilever’s Procurement Manager Daleram Gulia. “The women workers are our most valuable resource. They are also someone’s daughter, mother, sister. Safety and feeling safe is a basic human right in the workplace and in all spaces”.

To generate information on the prevailing good practices industry-wide, consultations were held through Expert Group Meetings (EGMs) in North and South India. The meetings included input from representatives from the Indian tea industry, local and international NGOs and women workers from Mother’s clubs including, Jugnoo.

One of the results was the introduction of a regular bus service that transports women to the tea gardens, at their request, so they could feel safer on their way to work.

Ensuring harassment policies are in place and acted upon

A second action area saw UN Women convene training sessions with tea industry managers to review policies and see if they had mechanisms in place that allowed women to have complaints addressed.

“They can report anonymously by leaving a note in one of the drop-boxes around the estate or calling our ethics hotline,” she says.

“We are ensuring that every worker in Kericho – women and men – know how to report any cases of violence, harassment or human rights abuses, and understand that they are supported by Unilever and protected by the law,” she adds.

The work carried out by UN Women also encouraged government authorities in rural spaces and producers who manage tea plantations to be more gender responsive in their planning for the estates.

In Kericho, for example, alongside improved lighting across the plantations, safe places were set up for women to breastfeed their babies and daycare centres established for children under the age of three.

Challenging and changing attitudes and behaviours to recognise women’s rights

The fourth area where UN Women helped to support local women’s organisations in partnership with Unilever was on changing social norms, attitudes and behaviours towards women.

Programmes such as the Kings and Queens Club were also sponsored by Unilever Kenya and launched in partnership with the Gender Violence and Recovery Centre in Nairobi. The programme reached more than 4,000 school children and engaged young men and women in 22 schools by championing child protection initiatives and addressing issues surrounding gender equality and sexual harassment.

Supporting other sectors to create change

Meenakshi Sundaram, a representative of the Assam government, believes that “the tea industry can show an example to other labour-orientated industries.

“It can say: ‘Look, I have cleaned up my house. I have set a standard. I have shown you a model. Please take it up and also the rest of us should follow’,” he says.

“Our ambition is to be a leading example in our own tea estates but also mobilise and provide support to other producers,” adds Katja Freiwald, Unilever’s Director of Global Partnerships and Advocacy for Women’s Empowerment and Livelihoods.

“The framework is hopefully a good first step to creating a world where every woman can create the kind of life she wishes to lead, unconstrained by harmful norms and stereotypes,” she says.

In early 2019, further practical guidance to support producers in implementing and operationalising the framework will be published.