Explainer: what is carbon pricing and why is it important?

In many countries, carbon emitters pump greenhouse gases into the atmosphere at no cost. But air pollution isn’t free. It causes climate change and, in one way or another, we all pay for it, through illness, food and water shortages, storm damage and market uncertainty.

There aren’t many areas of life – if any – where someone can cause this much harm without it costing a penny. So why should polluters get away with it?

Carbon pricing is a way to encourage organisations towards cleaner solutions, by making them pay for the pollution they cause. But what is it? How does it work? And will it make enough of a difference? Here we aim to explain…

What is carbon pricing?

It’s a cost levied by governments to encourage polluters to reduce the amount of greenhouse gas they emit. Many experts believe it is the single most effective way to reduce emissions.

The idea is to encourage low-carbon behaviour and the innovation of cleaner options. It essentially shifts the burden of pollution onto those responsible for it and who can reduce it. Polluters must then decide: do they cut their emissions, or continue polluting but pay for it? 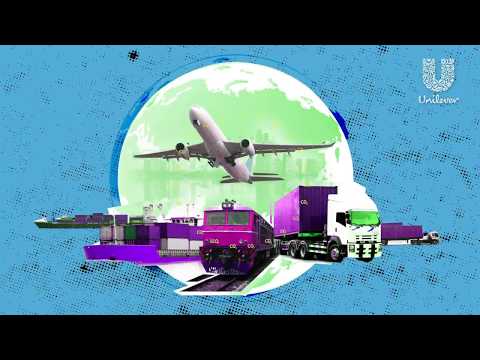 How is the price set?

Carbon prices can be set in several ways. And different countries have taken different approaches. That’s because it’s early days – in the overall scheme of things – and we’re all learning as we go. So, here’s the technical bit…

One approach is to tax the distribution, sale or use of fossil fuels, based on their carbon content. This increases the cost of those fuels – and the goods or services created with them – encouraging businesses and individuals to switch to greener alternatives.

Another is to adopt an Emissions Trading System or ‘cap-and-trade’. The government caps the total level of emissions allowed within a given period, and requires companies to purchase permits to cover their emissions. It’s a market-based system so the faster emissions drop, the cheaper permits become. Sometimes governments offer energy-intensive industries ‘free permits’ for political and economic reasons. But if businesses in that sector reduce their emissions faster than expected, they can sell their extra allowances to larger emitters, creating another incentive to improve efficiency.

There has been controversy where polluters have been seen to gain unfairly from an overallocation of free permits at the outset. Market-based mechanisms, therefore, must be able to respond in a dynamic way to changes in underlying demand for energy and energy-intensive products, tightening the cap on emissions where production declines due to an economic downturn or other reasons.

The price must be high enough to hit national targets and encourage polluters to change behaviour. For example, the UK wants to reduce CO2 emissions by 80% by 2050, compared with 1990 levels. The government reckons that will require a price of £30 per tonne in 2020 and £70 in 2030, and has introduced new legislation for a ‘Carbon Price Floor’ to ensure that, even if the price of the traded permits drops, polluters must still pay a set minimum.

Are companies doing anything?

Forward-looking companies are setting their own internal price voluntarily, and they are doing so for several reasons.

Factoring in a cost to investment decisions helps identify climate-related risks and opportunities. It prepares for a time when government levies are the norm. It encourages innovation and a shift to low- or zero-carbon alternatives. And it helps build resilience into supply chains.

All of this demonstrates leadership, which means competitive edge. Consumers are increasingly demanding climate action, so they are more likely to buy from companies who are doing their bit. Similarly, investors are more likely to invest.

What is Unilever doing?

Since aligning with the UN Global Compact’s Business Leadership Criteria on Carbon Pricing, we have been using a shadow pricing approach: evaluating business cases for capital projects over €1 million, both with and without a price on carbon, and providing that information to decision makers.

In 2016, we went a step further. We began internally pricing the emissions from our manufacturing operations and subtracting that from the capital budgets allocated to each business division at the start of the year. That money instead goes into a fund – worth about €50 million a year now – which we use to install clean technologies at our sites. The divisions can bid for projects that meet our emissions-reducing criteria and the best projects get the go-ahead.

Aside from the benefits mentioned above, there has been an unintended consequence: by getting teams to run exercises, they uncover new technology they weren’t previously aware of. For example, a new type of biomass boiler or advanced refrigeration technology.

Our Ben & Jerry’s business has taken a different approach. Since 2015, It has set an internal fee on its carbon for every tonne of emissions, from farm to landfill. This generates more than $1 million annually which, in the early stages of its carbon reduction programme, is mainly used to help its farmers develop and implement carbon footprint-reducing strategies. The fee is at a lower price than what Unilever uses, but Ben & Jerry’s has extended it across the whole value chain.

What are the challenges of working with internal carbon pricing?

Compared to some companies, Unilever is not an energy-intensive business. For us, carbon prices must be quite high before they change decision making – as the cost of the carbon associated with our production processes often isn’t material in the wider scheme of things. That’s why we moved from ‘shadow pricing’ to a ‘carbon fund’ approach in 2016.

It’s important that businesses find an approach to internal carbon pricing that works for their type of organisation, and are clear about what they hope to achieve. This might be accelerating emissions reduction, scaling up the deployment of new technology or future-proofing the business against potential regulatory changes.

Which other companies are doing this well?

A growing number of companies are joining the Carbon Pricing Leadership Coalition. The annual report of this group includes many examples of how they are approaching the issue. There has also been a webinar series with Yale University and the World Economic Forum where companies have discussed the actions they are taking.

Is this just 'greenwash'?

Certainly not. But neither is it a silver bullet. Carbon pricing is a helpful tool to support the transition to a zero-carbon economy. That said, there are many barriers to overcome. For example, it’s easier to apply a carbon price to energy systems than to land-use systems – another significant source of emissions. And having a carbon price is not an end in itself. If the price is too low or rising too slowly, it won’t achieve the necessary impact on the economy. We should judge carbon pricing on the outcomes, and not treat it as a ‘licence to pollute’.

Is the world getting behind the idea?

According to the World Bank, as of 2018, 45 national and 25 subnational jurisdictions are pricing carbon. These cover 20% of global greenhouse gas emissions. The number of initiatives in place or in the pipeline has almost doubled over the past five years.

More companies are stepping up. According to CDP, in 2017 almost 1,400 were using – or planning to use – carbon pricing. That’s an eight-fold jump over four years. While most are based in the US and Europe, the sharpest increase is in emerging economies, including India, Brazil, Mexico and China.

Investors are increasingly showing an interest. As CDP’s director of carbon pricing Nicolette Bartlett says: “The finance sector is looking at this for the first time properly. When they take it seriously, they like carbon pricing. We’ll start to see it being used to drive decisions in the industry.”

What's the next step for Unilever?

We are committed to being carbon positive by 2030, which means all our energy will come from renewable sources. We’re keen to play a leadership role in the transition to a zero-carbon economy, responding to the challenges set out by UN Sustainable Development Goal 13 on climate action.

As Unilever CEO Paul Polman says: “Carbon pricing – while not an end in itself – is an essential tool to support our transition to a sustainable economy. Those who fail to get on board now risk losing out on what I believe will be the greatest growth opportunity the world has ever known.”

Companies can engage by joining the Carbon Pricing Leadership Coalition, sharing their own work and learning from others. They can also advocate for the introduction of carbon prices in the countries in which they operate.

Individuals can seek to reduce their own emissions through the choices they make every day about how to travel and eat, and what kind of energy to buy. Where you have the option to shift to a 100% renewable energy tariff, you can be part of a sustainable energy future.

Discover more about how we are taking action