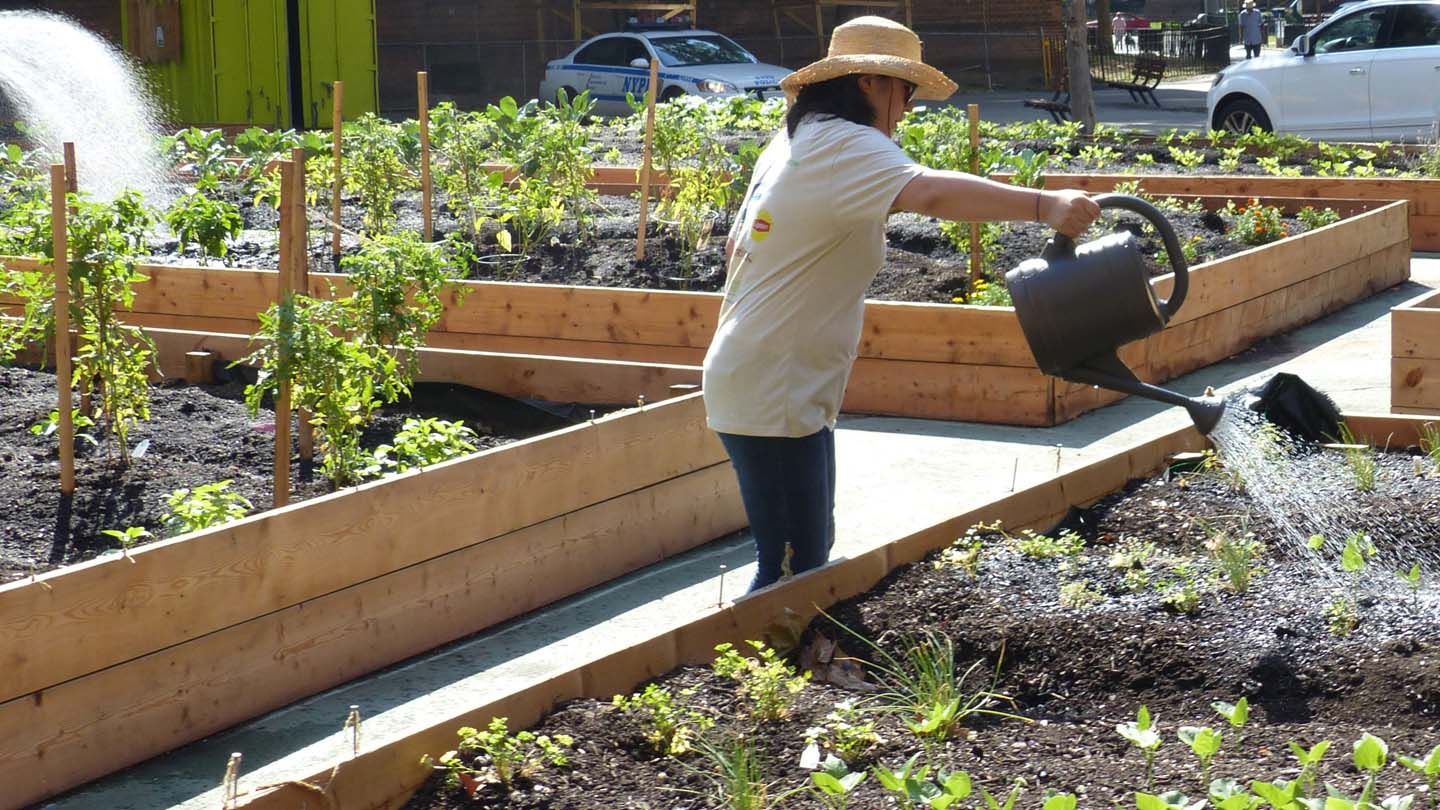 Growing Roots gives 50% of profits to US urban farms

Our new organic, plant-based snack brand doesn’t just boast bold flavours, it’s got a bold purpose too. Half of its profits are set to fund a US urban farming initiative.

When part of your business launches a new product line and states that from day one 50% of its profits are going to help provide sustainable funding for a social mission – you know this new brand’s positioning is going to be brave and bold from the off.

Growing Roots is a new organic, plant-based snack brand created by Unilever’s US Foods & Refreshment team. “It was born from the belief that everyone should have access to affordable, nutritious food,” explains Brand Manager, Tracy Shepard-Rashkin.

Since 2015, Tracy and a team of Unilever volunteers have been part of Growing Roots, an initiative to support urban farming in the US. A big part of this has seen them working with a public–private partnership with New York City’s Building Healthy Communities (BHC) initiative and the non-profit, Green City Force, to support the creation of six urban farms.

Making healthy choices depends on the choices you have

The team has seen first-hand what access to a garden space can do for the communities they serve. It’s no secret that parts of New York City are food swamps, where there are plenty of food options but few of them are nutritious. As the strapline of the BHC initiative states, ‘Making healthy choices depends on the choices you have’. These six urban farms are doing their small bit in widening that choice.

“Vegetable consumption and in-home cooking has increased, and the farms have generated more than 32,000 pounds of organic produce,” Tracy says. But their impact isn’t restricted to diet. “More than 40 young people have been placed into green economy jobs too.” 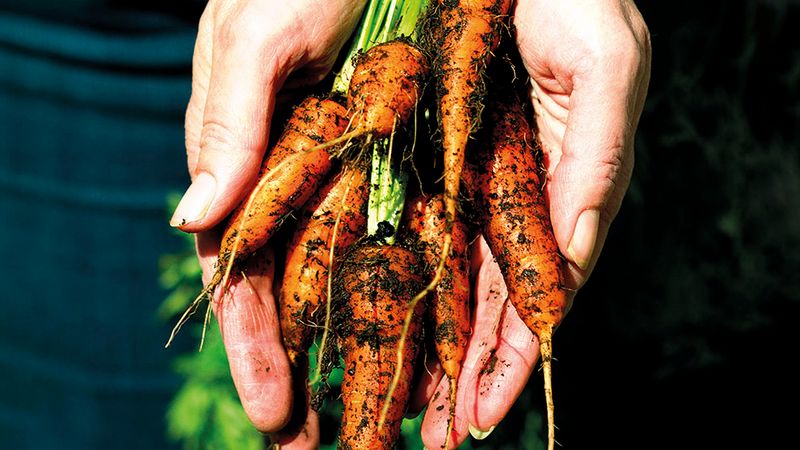 Vegetable consumption and in-home cooking has increased, and the farms have generated more than 32,000 pounds of organic produce. Tracy Shepard-Rashkin

One of the key issues stopping the development of more urban farming projects is funding. So the US Foods & Refreshment team used their core skills to moot a creative solution.

“We wanted more people to get the benefit of the direct connection to food that comes from having an urban farm in their neighbourhood – a connection that breeds engagement with nutrition and sustainable living,” Tracy explains.

“We also knew we were in a unique position as a major food maker to direct our resources — our teams, supply chain, technical expertise and brand-building muscle — to grow a self-sustaining business model from the ground up.”

So that’s exactly what the team did: build a brand, roots and all. “We wanted to bring something to the US market in the better-for-you snacking space that was plant-based and more flavour-forward than what’s currently on the shelf,” Tracy says.

Growing Roots has four flavours which reference global cuisines with offerings such as Thai Green Curry and Chipotle Mole, created from organic ingredients like coconut and flax, chia and sesame seeds.

The result is a bold set of uniquely sweet and savoury flavour profiles and aromatics. “People tell us they’ve never tasted combinations like these in a snack before,” smiles Tracy.

The brand is launching in an already busy space – the global healthy snack market is set to be worth $32.8 billion by 2025. “It’s meant a new product innovation process and new business model for us,” explains Tracy. “We leveraged external resources and operated like a start-up, with an emphasis on speed to market. It helped us bring the snacks from concept to market in less than a year.”

But it’s not just statement flavours that set the brand apart. “By committing 50% of profits from Growing Roots snacks to support urban farming, we can help this important cause for many years to come,” Tracy says. 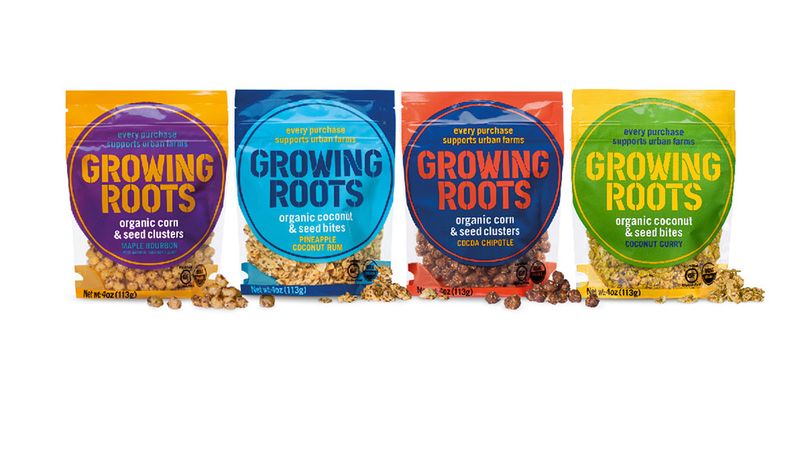 People tell us they’ve never tasted combinations like these in a snack before. Tracy Shepard-Rashkin

Committing 50% of the profits to a charity is a big slice of the pie for any business, start-up or otherwise. For Tracy, the drive to commit to such a percentage has both a business and a personal purpose.

“I started my career as a community organiser for a non-profit organisation. But when the US economy collapsed in 2008, the non-profit sector became almost entirely focused on fundraising, rather than change. I hated it.

“I vowed to devote my career instead to harnessing the power of capitalism to provide goods and services that would have a positive impact on the world, and that people would be willing to pay for.”

But there are also strong commercials behind the decision. “We wanted to attract consumers who are interested in brands that do good, and we think that donating 50% of profits is a powerful point of differentiation among mission-based brands,” she adds.

In the end, quality and taste will be a key decider of Growing Roots’ success. It’s early days and currently the brand is only available in the US. But Tracy and her team are excited by the challenge. “The Growing Roots line sets us up to provide the most meaningful impact long term, so everyone can have access to fresh food, no matter where they live.”