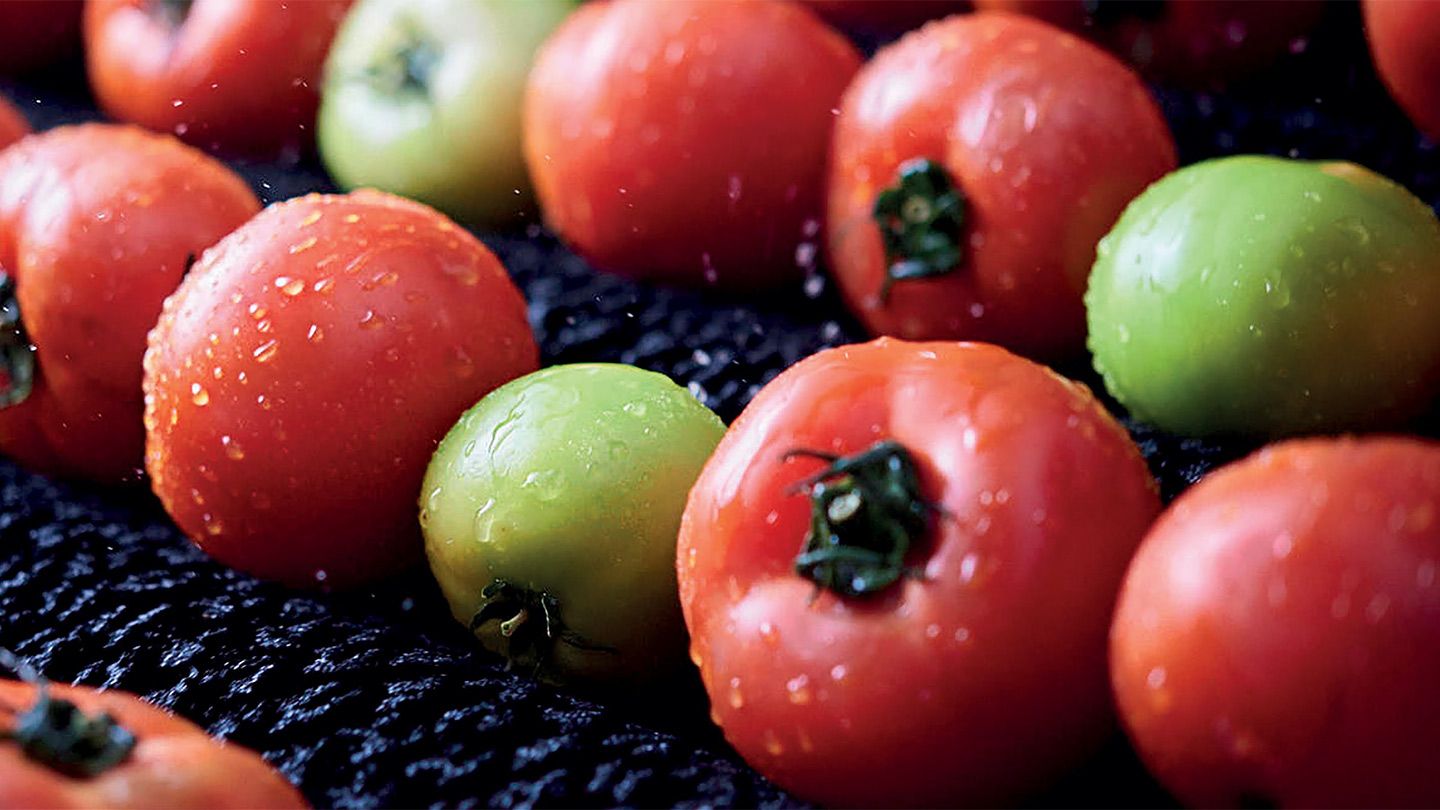 Putting the green in tomato sauce

Over 10% of the global tomato crop is wasted – that’s up to 8 million tomatoes – because they aren’t red enough to go into ketchup.

Unilever’s vision for sustainable nutrition – ‘Food that Tastes Good, Does Good, and Doesn’t Cost the Earth’ – got the folk at Hellman’s thinking.

Sharing consumers’ growing concern about food waste, the marketing and procurement teams worked together and did some digging. The stats surprised them. Take Latin America. Half of all the fruits and vegetables grown in the region perish before ever reaching anyone’s plate.

“People’s relationship with food is changing these days. They used to just care about how it tastes and how much it costs. Now they also want to know how it’s produced as well,” says Rhiannon Lines, Brand Manager, for Hellmann’s.

“So we started looking back at our supply chain to see if there was any unnecessary wastage and, if so, what we could do about it.”

The main ingredient in ketchup is – as you would expect – tomatoes. Red tomatoes, more specifically. Not green tomatoes. So come the harvest season, only the red tomatoes would get collected up and sent off for processing. Meanwhile, the tomatoes that didn’t meet industry standards would be discarded – left to rot uneaten in the field.

This has been standard practice in the industry for years, explains Victor Rubio, Sustainability Manager at Unilever’s Spanish tomato supplier, Agraz. “In the production of tomato paste, the usage of green tomatoes is generally limited due to the hardness of the fruit.” 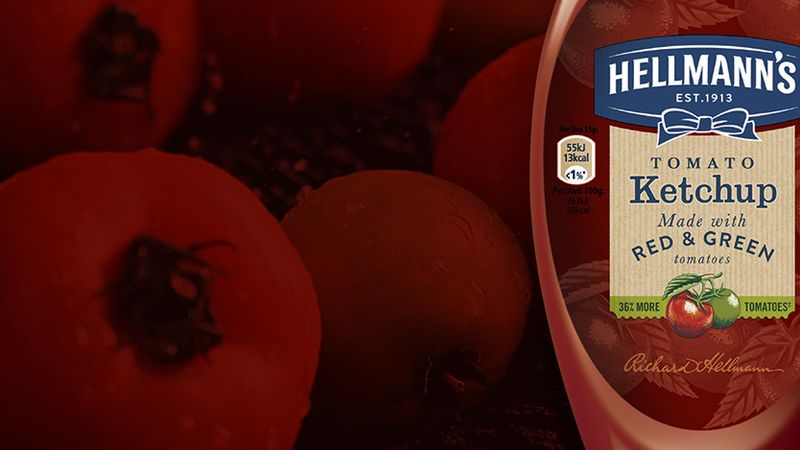 After discussions with the team at Hellmann’s, Agraz agreed to an innovative experiment. Instead of separating the fruit as usual, it would turn off the colour-sorting machine and send all the tomatoes, whatever their colour, to the processing plant instead. The test presented Agraz with one or two minor technical challenges at first, but nothing that couldn’t be easily resolved, says Victor.

The only issue is a slight alteration to the taste of the final tomato paste. Hellmann’s used this as an opportunity to use their culinary expertise again, flavouring the new-look ketchup with a mix of fresh-tasting herbs and spices. The result – Hellmann’s Ketchup Made with Red and Green Tomatoes – was launched in the UK and Greece in 2017. Latin America was next in line.

“The combination of green tomatoes, herbs and spices gives it a really unique, fresh flavour,” says Rhiannon at Hellmann’s. Beforehand, around 10% of the whole harvest was rejected. Thanks to the change in processing methods, an estimated 2.5 million tomatoes every year will now be saved from going to waste. That translates into more efficient use of land and agricultural inputs, plus higher revenues for Spain’s tomato farmers. 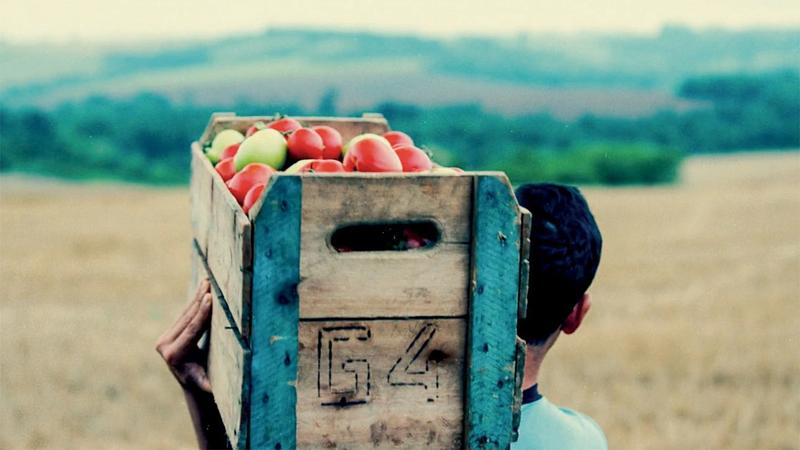 In terms of Unilever’s sustainable nutrition ambition, the new Hellmann’s ketchup formula makes for a perfect fit. Feedback from consumers indicates that the product tastes as good as ever. It’s doing good for Spain’s tomato growers. And, as green tomatoes would say if only they could talk, it doesn’t cost the earth.

Hellmann’s is now looking across its portfolio to see how else it can strengthen its long-term competitiveness and keep in touch with consumer demand through similar sustainable innovations.