A chef-driven action plan, a focus on kitchen staff’s wellbeing and a fresh appetite for plant-forward dining are putting change on the table

“The wonderful thing about food,” says author and activist Michael Pollan, “is you get three votes a day. Every one of them has the potential to change the world.”

Just using one of those votes wisely, he argues, means that we “can produce a more sustainable agriculture, a cleaner environment, diminish climate change and improve the lot of animals”.

When we sit down to eat a meal, we all have the potential to exercise this vote, but when it comes to influencing the nutritional ballot box and helping build a sustainable food system, chefs have greater power than most.

As Evan Hanczor, of New York’s farm-to-table restaurant Egg, acknowledges: “We are able to learn from and work with food from the beginning of its journey to its end through producers, consumers, distributors, fellow chefs and other actors in the ecosystem of food. Our ongoing conversations with those groups, and the ways we can both learn from and influence them in turn, gives chefs the potential for amazing impact.”

The Chefs’ Manifesto Action Plan was drafted by chefs around eight thematic areas. Its aim is to provide simple clear actions that chefs can do to contribute to the Sustainable Development Goals

Taking action as a community

Harnessing that power is the cornerstone of the Chefs’ Manifesto, a global action plan created for chefs by chefs alongside partners such as the World Food Programme, the James Beard Foundation and Unilever Food Solutions (UFS).

Launched at the EAT Forum in June 2018, the Manifesto provides chefs with guidance on how everyday actions put in place in their kitchens, classrooms and communities can help progress the SDG2 goal of achieving #zerohunger, creating food security and promoting sustainable agriculture by 2030. It also provides an online community, hosted by the SDG2 Advocacy Hub, where chefs can share best practice and come together to organise events around the world which champion sustainable nutrition. 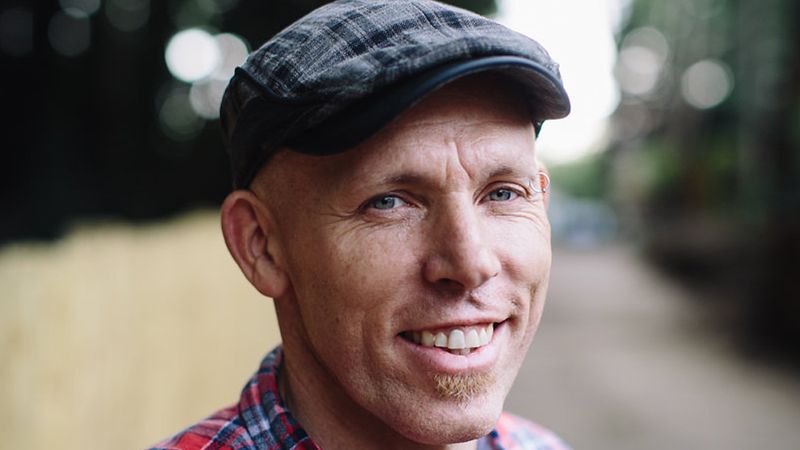 “Chefs understand that food can be more than just fuel. It connects us across cultures and continents, inspires conversations and brings people together,” says co-ordinator of the SDG2 Advocacy Hub Paul Newnham.

“Chefs understand that food can be more than just fuel,” says co-ordinator of the SDG2 Advocacy HubPaul Newnham. “It connects us across cultures and continents, inspires conversations and brings people together. They know that whether you are in a restaurant or a refugee camp, food speaks to people and that taste can be a powerful tool for spreading ideas and messages.”

The Chefs’ Manifesto profiles pioneering chefs such as Merlin Labron-Johnson who uses FoodChain - a company which connects small independent farmers and producers with chefs and restaurants - to refocus his supply chain and create a market for local producers. This move has also reduced the food miles of his ingredients and educated his diners on the importance of the provenance of what they eat.

And it champions the emergence of nose-to-tail menus and the smart use of technologies such as UFS’s Wise Up on Waste app to help chefs track and monitor their kitchen waste and go some way to reducing waste’s £2.5 billion (Euro 2.84 billion) cost to the UK food and hospitality industry each year.

By showcasing how simple actions by chefs can help bring about change from farm to fork, the Chefs’ Manifesto aims to inspire more people to use their purchasing power and meal choices to build a better food future.

Nourishing the industry’s most important ingredients

Creating a sustainable food system goes beyond supply chains and raw ingredients, it also reaches into the area of advancing the skills and wellbeing of the global workforce employed by the 941,000 chefs and 15 million serviced restaurants around the world.

Increasing competition, spiralling costs, long hours, high staff turnover and staying on top of diner trends all make for a pressured work environment. In a recent worldwide survey from UFS, 53% of chefs admitted feeling pushed to breaking point; 63% report suffering from depression; and 1 out of 4 staff reported suffering physical abuse. 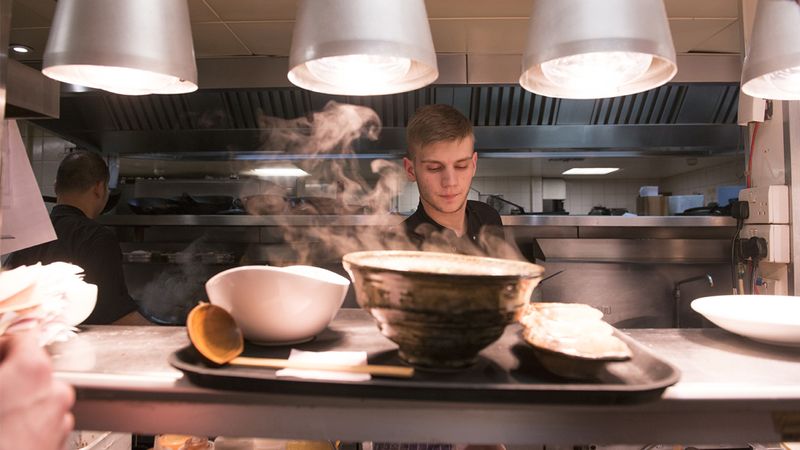 This need saw the launch in May this year of #FairKitchens, an initiative created with the support of Unilever, Kat Kinsman – the writer of Chefs with Issues and Chef’s Roll. Its key tool is www.fairkitchens.com, a resource hub which offers video tutorials and the #FairKitchens Code of Conduct, handily summarised by the acronym TEAMS: Talk openly, Excite passion, Act as one, Make time, Say ‘good job’. Already more than 450 chefs have given their backing to the initiative which also has longer-term plans to provide an expert panel.

Chefs and restaurant operators will be able to access the panel which will include psychologists and mental health experts.

This last key ingredient that will make changes in the food service is the end user. That’s you.

A special report recently published by the Intergovernmental Panel on Climate Change flagged up a key action that the public can take to keep the rise in global temperatures under 1.5 degrees Celsius: eat less meat.

“This is not about remote science; it is about where we live and work, and it gives us a cue on how we might be able to contribute to that massive change, because everyone is going to have to be involved,” IPCC co-chair Dr Debra Roberts was reported as saying on BBC online.

“Chefs set food trends. By showcasing ingredients, such as plant-based proteins that are good for us and the planet, they can influence what we ask for in supermarkets and choose to put on our plates,” Paul Newnham adds. 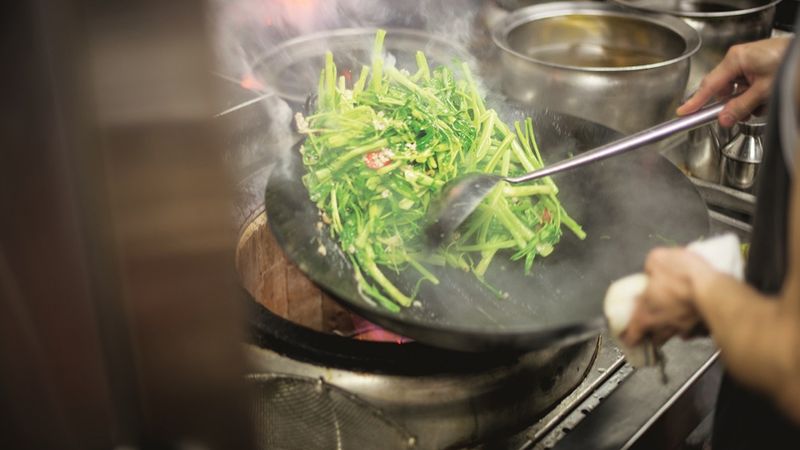 51% of chefs added vegan dishes to their meals this year, not only to cater for people who identify as vegan but also to accommodate customers who want to eat less meat

And you only have to look at the number of food pictures on Instagram to see the strength of his argument. A recent study by food industry insight company Foodable revealed that tagged and shared photos of vegan foods have increased by 79% in the last year and nearly half of influencers have requested more plant-based options at restaurants.

By creating more appealing and more convenient plant-forward dishes, chefs can ensure that vegetables are talked about and at the same time savoured and sought out. Again, according to Foodable, 51% of chefs added vegan dishes to their meals this year, not only to cater to the increasing numbers of people who identify as vegan, but also to meet the demand from customers who want to eat less meat.

To make creating such meals easy on a restaurant scale, store cupboard essentials such as vegan and vegetarian stocks and condiments are an increasing part of UFS’s portfolio.

In fact, 500 Unilever food products in Europe are now endorsed by the European Vegetarian Union. Our global brands Hellmann’s and Ben & Jerry’s now offer vegan and vegetarian variants; and fresh insight and inspiration on plant-based meals are available on our Knorr and Unilever Food Solutions recipe hubs.

Enabling chefs to take the lead

Harnessing the passion of chefs is key to systematic change, creating the environment and the tools to make it happen in way that ensures that their focus remains on putting brilliant food on people’s plates.

“No chef has the bandwidth or the tools to connect the dots, and inflict change,” as UFS’s Einav Gefen recognises. “Given the magnitude of a company like Unilever, we see ourselves as enablers, giving the tools and the stage for the chefs who want to run a progressive kitchen,” she adds.

Offering the infrastructure that enables chefs to take the lead on sustainability issues while staying true to their passion for food not only refreshes what is served on our plates, it also has the potential to spark new global conversations and thinking on food systems that diners, farmers, business and even government are likely to follow. 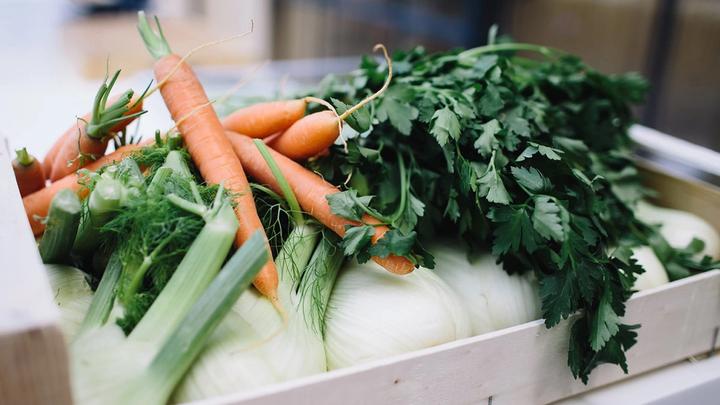 Working towards delivering SDG2 and #zerohunger