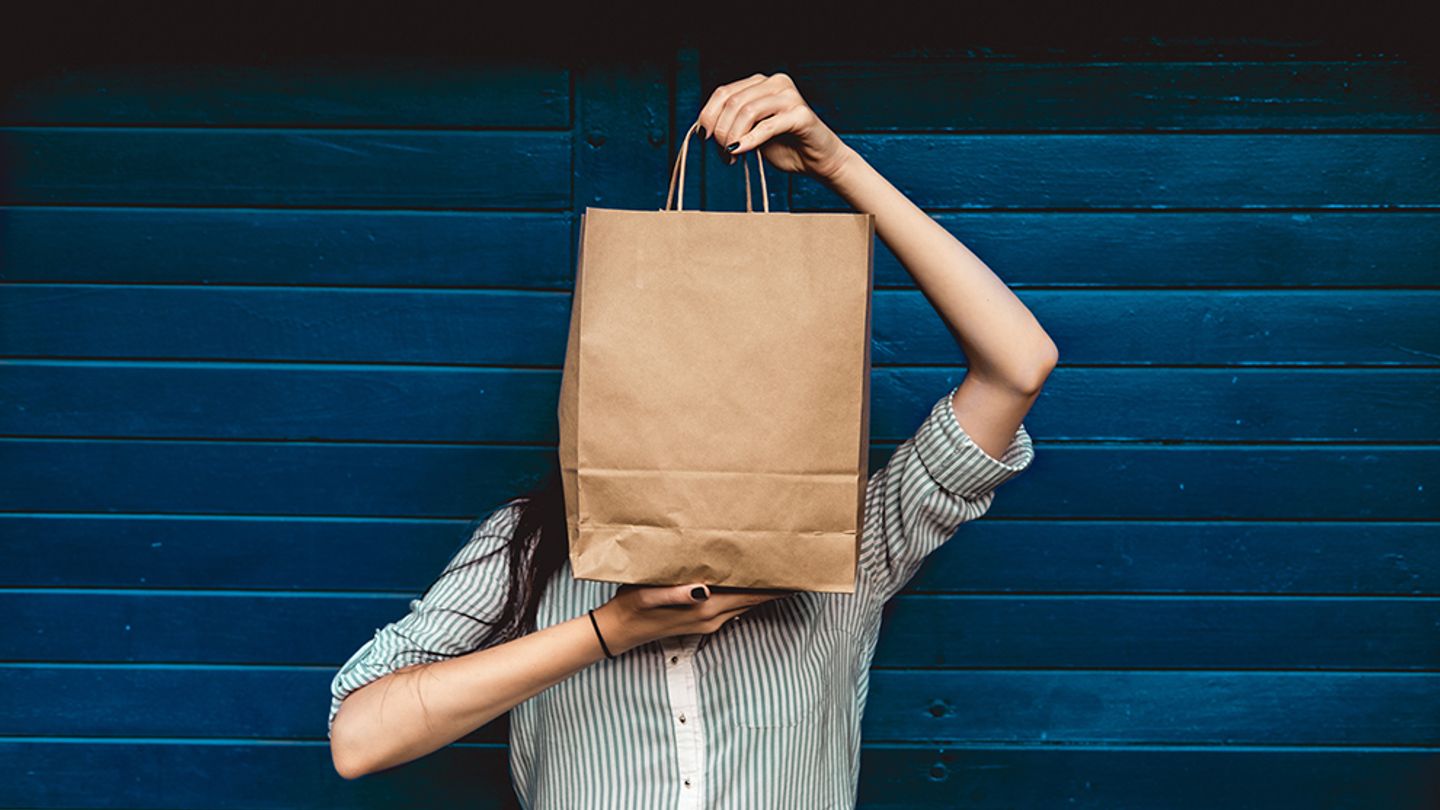 What’s the human price paid for the goods we consume?

In the battle to create slavery-free supply chains, collaboration is key.

If you think your life’s untouched by modern slavery, it may be time to think again.

Are the plantation workers who harvest the beans for your coffee paid fairly? Was your favourite t-shirt made in a factory that uses child labour? Does the recruitment agency that supplies your business with seasonal workers charge them a fee for providing them with a job?

Each one of these products and services has a human labour cost and chances are some of the workers who help deliver or create them may be slaves.

According to Anti-Slavery International: “It is near certain that slavery can be found in a supply chain in every single company.”

This claim has led to some viewing slavery-free supply chains and products as a near impossibility.

But as Kevin Hyland, the UK’s former Anti-Slavery Commissioner, rallied following a recent panel on the topic: “It is time to erase the word ‘impossible’ from our vocabulary.”

How big is the problem?

In its July 2018 report, The Global Slavery Index estimated that there are over 40 million people living in modern slavery around the world.

Of that total, 16 million are working for private enterprise in areas such as farming, mining and fishing and domestic services; 24.9 million people are trapped in forced labour and 70% of all of those living as slaves are women and girls.

A myriad of factors shape the answer and not all of them are touched on here. But let’s begin by acknowledging that we live in a rapidly changing world.

Politics and conflict have seen vast numbers of people move across regions and borders in pursuit of a better future.

One result of this is the creation of a global, borderless workforce, moving in very vulnerable conditions and often working in the informal economy where they are more likely to fall prey to forced labour and human trafficking.

It’s naive, however, to think such issues are restricted to war zones or the world’s human rights hotspots. As the United Nations points out: “Every country in the world is affected by human trafficking whether as a country of origin, transit or destination for victims.”

A second factor is economics.

The UN says modern slavery and human trafficking is the second largest criminal activity in the world. And it’s growing, because while it’s morally corrupt and illegal, it’s also extremely profitable.

Figures from the International Labour Organization say forced labour generates $150 billion a year in illicit profits – that’s more than the current GDP of Kuwait which stands at $111 billion.

It is unfathomable that a price can be put on a human being. Yet it is a reality. According to the book Disposable People: New Slavery in the Global Economy: “In 1850, an average slave in the American South cost the equivalent of $40,000 in today’s money. Today a slave costs about $90 on average worldwide.”

The nature of modern business is also playing a significant part. 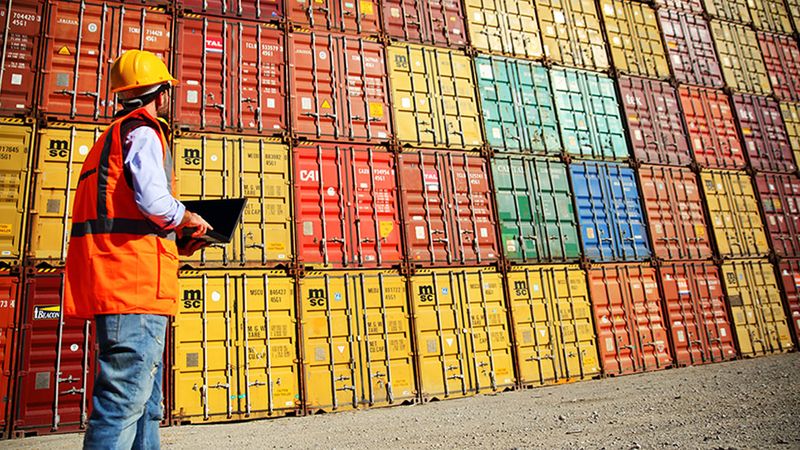 The nature of modern business has a part to play in the continued existence of slavery. Today’s corporations are global, they source, manufacture, transport and retail products from all over the world.

Today’s corporations are global: they source and manufacture, transport and retail products from all four corners of the world.

One of the latest models of the smartphone is made up of components from 785 different suppliers in 31 countries.

As a business, Unilever has customers and consumers in about 190 countries, employs approximately 169,000 people (of whom 100,000 work in Supply Chain) and has tens of thousands of suppliers.

Both examples may go some way towards understanding the results of Thomson Reuters’ 2016 Global Third-Party Survey, which revealed that only 36% of companies surveyed monitor their suppliers for all risks (including slavery), with many citing lack of staff or resource as significant barriers to achieving full supply chain visibility.

What is the world doing to tackle this issue?

The UN Sustainable Development Goals includes SDG 8.7 which aims to “eradicate forced labour, end modern slavery and human trafficking and secure the prohibition and elimination of the worst forms of child labour”. The deadline is 2030.

This has prompted governments and trade bodies to act. The EU has created a Non-Financial Reporting Directive; France has passed a Duty of Vigilance Law; the UK has passed the Modern Slavery Act which requires UK-based companies with total annual global incomes of more than £36 million to publish transparency statements; and in May 2018 the G7 countries agreed to co-ordinate a series of efforts to combat modern slavery across the globe.

But does the increase in the number of regulations help?

From Marcela Manubens, Unilever’s Global Vice President, Integrated Social Sustainability, the answer is a firm yes. “They are not only necessary, but desirable and welcome because they are prompting transparency, accountability and action. They are also providing clarity, facilitating collaboration and criminalising the abuse,” she says.

Alongside the moral imperative, Marcela also believes that there’s a key economic reason for businesses to tackle the issue. “There cannot be responsible and sustainable growth while there is forced labour and human trafficking,” she says. 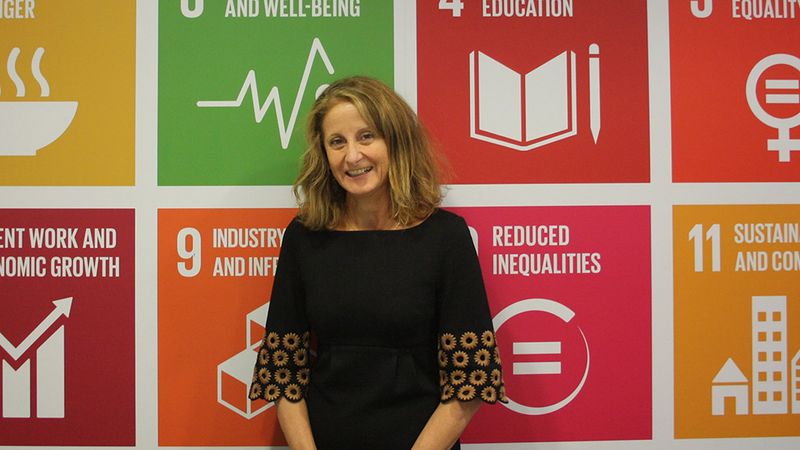 Marcela Manubens, Unilever’s Global Vice President for Integrated Social Sustainability, welcomes the increase in regulations to tackle slavery. “They are not only necessary, but desirable and welcome because they are prompting transparency, accountability and action,” she says.

So what is Unilever doing?

Based on the UN Guiding Principles approach, we held an internal workshop and sought external expert input to help identify the salient human rights issues for Unilever, one of which was forced labour.

To tackle this, working together with industry peers at the Consumer Goods Forum, we have driven the creation of the Three Priority Industry Principles which state that:

Suppliers in various geographies including Malaysia, India, Dubai and China have attended workshops that include a focus on forced labour.

We are working with our suppliers to identify and address existing and emerging issues through impact assessments, capacity building and stronger engagement with workers.

In September and October 2017, we held a series of internal webinars on forced labour.

The first series helped employees recognise forced labour, understand how and where workers are vulnerable to it and what to do if it is identified.

The second series focused on temporary and migrant labour including the use of ethical recruitment agencies and the abolition of worker fees.

We also raised awareness of our own internal confidential helplines where staff can report any issues that they feel may be a cause for concern.

As part of the Leadership Group for Responsible Recruitment, we have created an enhanced vetting process for our employment agencies and are rolling out a new policy on temporary workers.

We have also made our position of zero tolerance loud and clear to industry and consumers alike through our UK Modern Slavery Act (PDF 2.12MB) statement which outlines the steps we have taken to detect, respond and prevent forced labour and human trafficking within our business and throughout our supply chains. We also detail this progress further in our second Human rights report (PDF 9.45MB), which offers insight on the work we’ve done and the work we plan to do.

What part can you play in creating sustainable, systemic change?

Human rights violations cannot be viewed in isolation. “They must be understood and addressed as part of the overall system because they are interlinked,” says Marcela Manubens.

Creating systemic change, where the eradication of slavery is firmly at the heart of political and business choices, requires collaboration.

It demands co-ordinated efforts with organisations such as the Consumer Goods Forum and their call to action (PDF 728KB), AIM-PROGRESS and the Ethical Tea Partnership or through multi-stakeholder initiatives with organisations such as the Institute for Human Rights and Business and IDH, the Sustainable Trade Initiative, which are critical to bring change at scale, address root causes and build critical mass.

It demands business transparency to tackle the challenges head on and to move towards more collaborative and best-practice sharing rather than a traditional compliance approach.

And it demands that consumers make a choice, a choice that not only recognises the value of the end-product but the sourcing and values that went into creating it.

“We all have a role to play,” adds Marcela, “because when it comes to eradication of forced labour, there is no time to waste.”