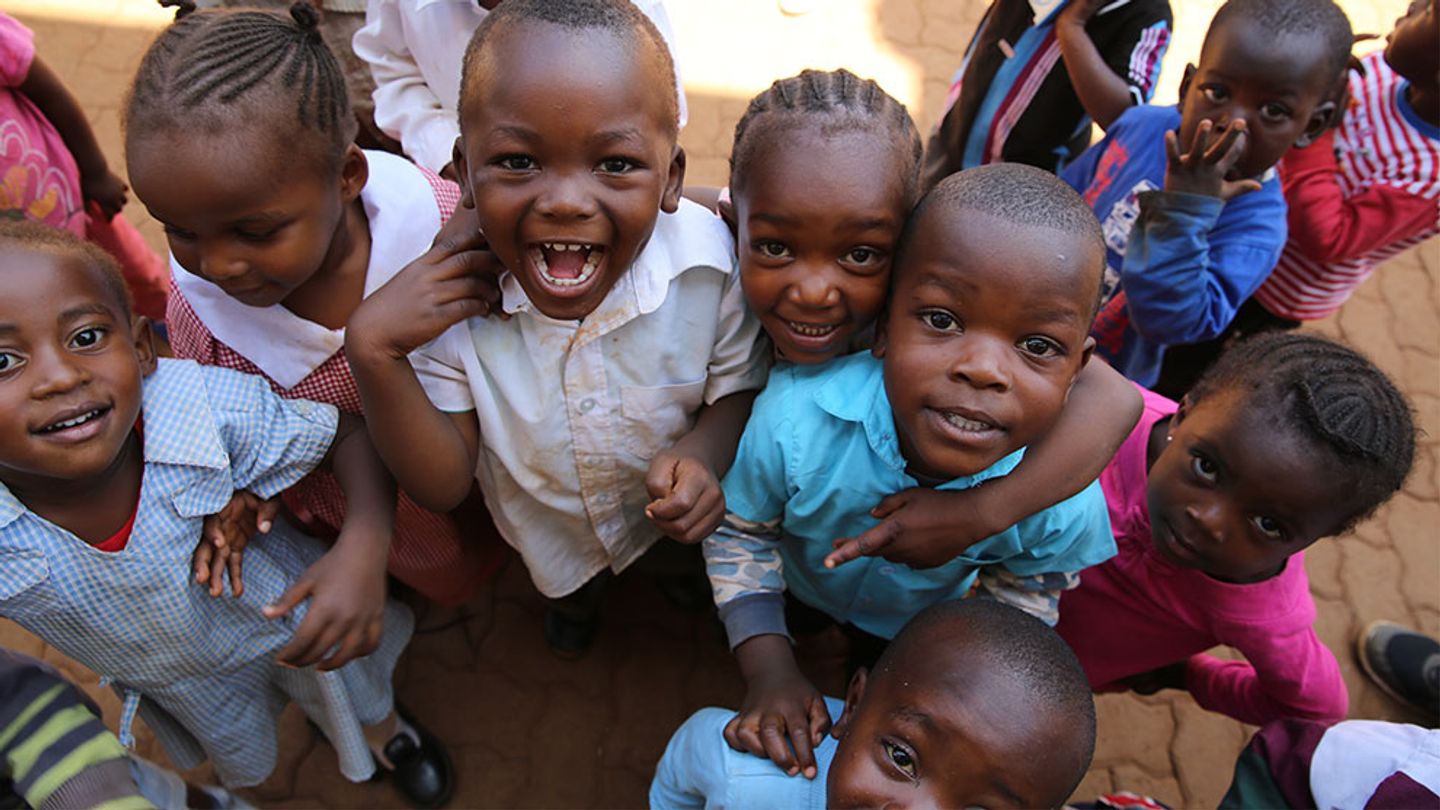 Unilever Young Entrepreneurs Award winner Sabrina Habib set up Kidogo to provide high-quality, affordable day care in Nairobi’s urban slums. Here, she explains how and why she started the business, and the ups and downs of being a social entrepreneur. 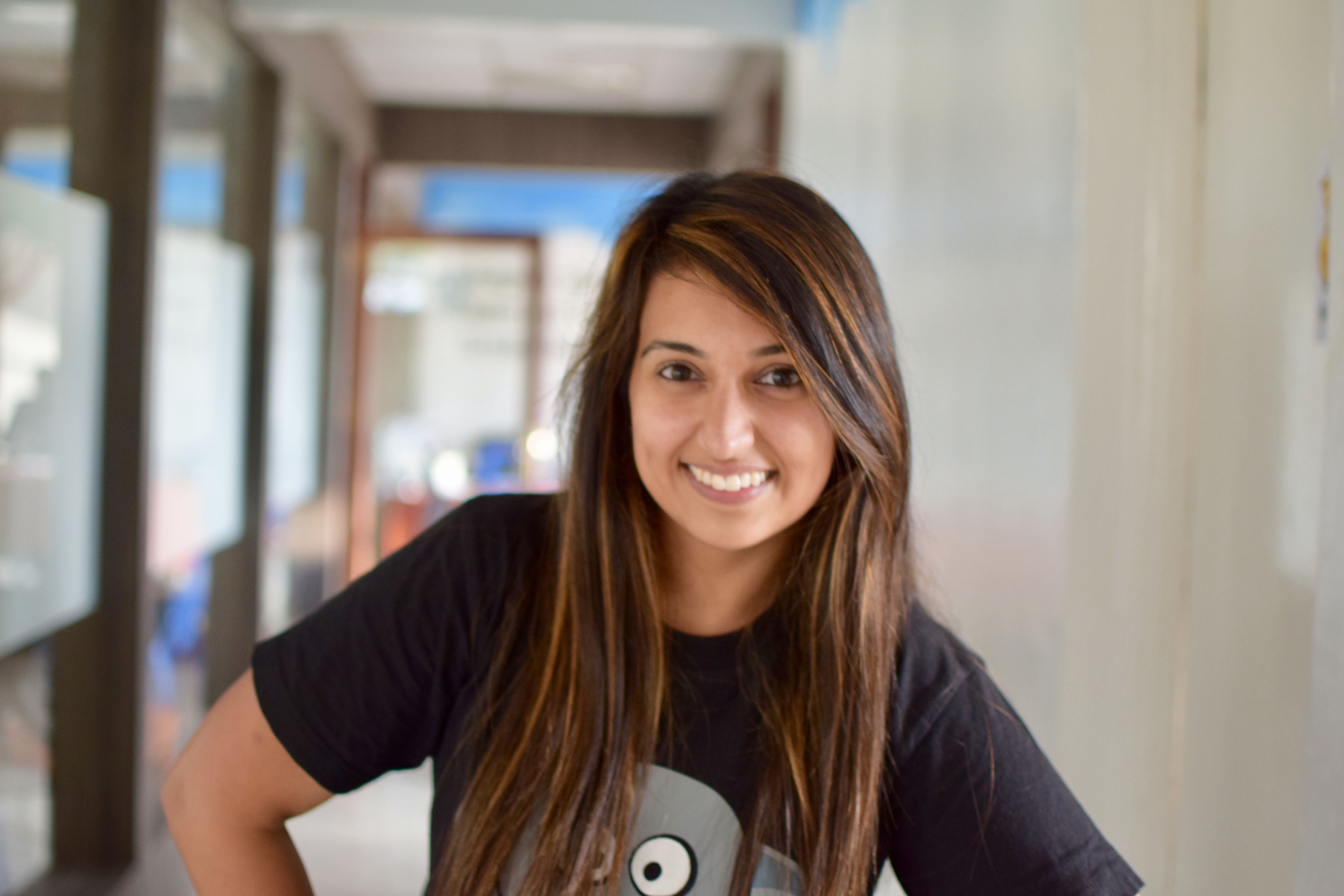 I quite literally stumbled into being an entrepreneur in 2011. I was in an informal settlement just outside of Nairobi, visiting a ‘baby care’. The smell was overwhelming and, after the bright sunlight outside, it was dark. As I inched forward, my foot hit something. I looked down and it was a baby.

As my eyes adjusted to the darkness, I saw babies everywhere: 20, maybe more. All awake but silent. These kids knew not to cry anymore because they wouldn’t get attention. Some were given sleeping pills or alcohol to keep them quiet.

This was the best option for working mums living in the settlement, rather than leaving them home alone or being looked after by an older sibling who has been pulled out of school. This makeshift corrugated metal shack, a 10-foot by 10-foot space, where there may or may not be food. And it costs up to $1 per day.

In informal settlements like these, children’s HIV/AIDS rates are higher than elsewhere in the country, and malnutrition and stunting are the norm. As a first-generation Canadian, whose parents were born in Tanzania, my first thought was “that could have been me”.

That was my ‘Aha!’ moment. But unless such a moment comes with the courage to actually do something about it, it remains nothing more than an idea. 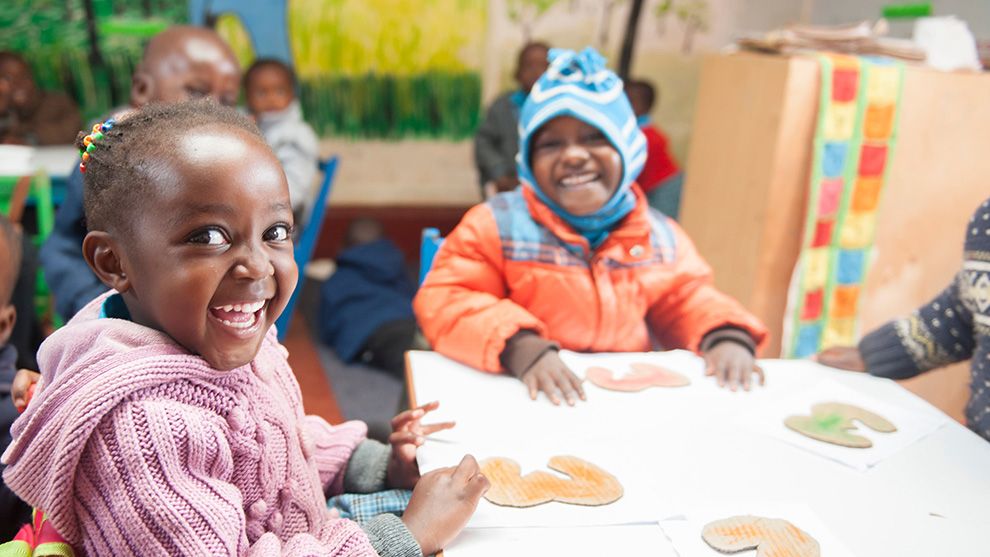 About 90% of brain development happens in the first five years of a child’s life. So, without a good start, these kids never get to achieve their full potential.

I could have easily told this story to friends and family, raised some money, sponsored the baby care I had seen, and called it a day. But social entrepreneurship dares us to think bigger and change the conversation.

And so I teamed up with a friend of mine (now my husband), Afzal Habib, to figure out how we could provide a higher quality child care option at roughly the same price point.

Three years later, after much discussion and research, we set up Kidogo. The name comes from the Swahili proverb ‘Chanzo cha makubwa ni kidogo’ which means ‘All great things start small’.

We own and operate centres that provide all the building blocks young children need to thrive: a safe, stimulating environment; trained caregivers; a play-based curriculum; and a health and nutrition programme. Just $0.79 per child per day covers all of our operational costs.

We partner with day care operators, like the one I visited, showing them how to improve their quality and profitability. After the programme – which covers early childhood development and business skills – if they meet certain standards, they can become a Kidogo franchise and receive continued support.

One of the most valuable things we do is show that these women are not alone. Running a day care is a lonely profession, and they are constantly put down because the perception is they are not good enough to become real teachers. We show them they are worthy. And, over time, they begin to see it themselves.

I find it hard to accept the fact that where you are born determines the best you can be. We want to give every child the chance to have the same start in life that I had – one that is safe and loving, where they are healthy and learning.

We know the private sector is necessary for large systems-level change, which is why partnering with Kidogo is a win-win. We give children a better start in life and mothers some peace of mind. And we help businesses because access to childcare leads to less absenteeism and staff turnover, and improved productivity.

Kidogo and Unilever signed a partnership to test out the franchising model at the Lipton tea plantation in Kericho, Kenya. This is due to launch in March 2019 and, if it’s successful, we may scale it up to the 19,000 tea pickers and factory workers.

We have also partnered with Unilever brands Lifebuoy, Pepsodent and Omo to support our sanitation and hygiene efforts. Lifebuoy has run handwashing campaigns in primary schools before, but this was the first at the early childhood age range. So, we are excited to see how it grows. 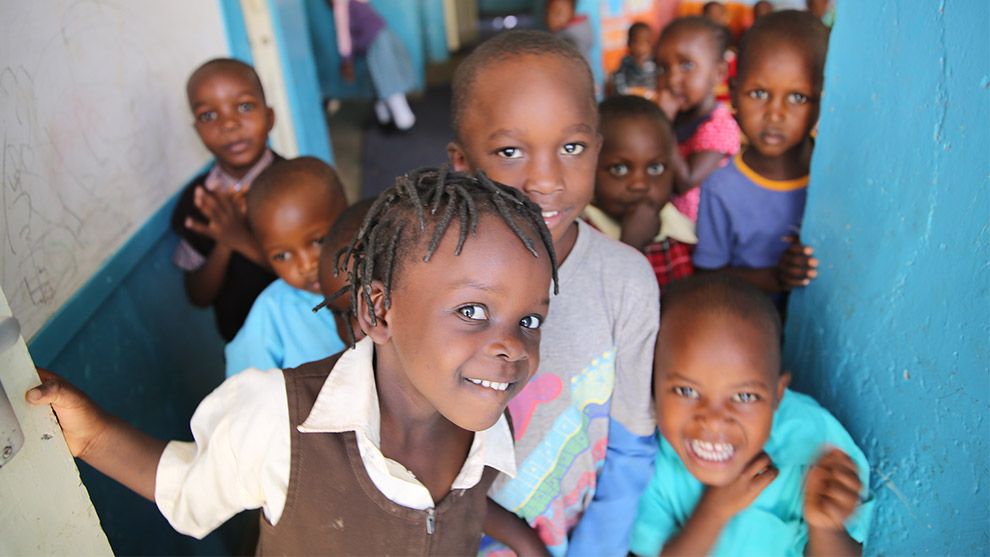 I don’t recognise my child. Before she was quiet and shy. Now she talks all the time.

Since winning the Unilever Young Entrepreneurs Award in 2017, our impact has quadrupled. We now have three centres and 24 ‘mama-preneurs’, serving over 1,000 families every day. Our goal is to be the largest network of high-quality, affordable early childhood centres in Kenya by 2020.

Kidogo kids are healthier, more creative and consistently outperform their peers when they graduate primary school. But the real impact of our work won’t be seen for decades, when these kids are politicians, entrepreneurs, artists and musicians. I’m excited to see who they become.

Entrepreneurship is not sexy… at all. We start businesses because we are passionate about a problem or we see an opportunity. And the next thing you know, people’s livelihoods depend on you.

As a founder, you’re in charge of everything and you wear many masks. From confident decision-maker in the boardroom to empathetic listener in the field to motivating cheerleader with your staff. But when you take the masks off, you’re a first-time leader who often has no idea what you’re doing.

To business leaders, I ask that you don’t see social entrepreneurs as do-gooders. See us as an investment in creating the world that you want for your children and grandchildren. So, when you meet one, ask what they need in order to do their work on a bigger scale. And then do something about it.

Whether that’s making an introduction or pulling out your wallet and writing them a cheque. Do something to help them take their businesses further and reach not just the 1,000 or the 100,000, but the millionth person.