One man is helping end child hunger in the Philippines

Every year, we recognise pioneering individuals within the company who have brought our values to life and truly embody what it means to be part of Unilever. Our 2018 Heroes with Impact have gone above and beyond their day-to-day jobs. Their stories paint a picture of passion, purpose and drive.

The Philippines is one of the fastest-growing economies in the world, but malnutrition remains a problem for the country. Millions of Filipino children live in poverty and are malnourished.

Our foods brand Knorr has participated regularly in school and community food programmes but Uael Canoy, Brand Manager and Unilever Hero believed the impact could be increased.

“Although the results were great, the scale and the reach were not at the level that we wanted,” he says. In two decades, Knorr had reached 700,000 children but its efforts were limited by the cost of free-meal interventions.

The root causes of poor nutrition in the country are lack of knowledge and lack of resources. Uael’s approach tackled both. Having consulted with experts from the UN World Food Programme and the Philippines Department of Social Welfare & Development, he transformed the Knorr programme into a more holistic model.

“We believed that the ultimate answer was to come up with nutritious, delicious, and affordable meal ideas that were within every household’s budget – and of course to educate parents (primarily mothers) about preparing them,” he says.

Working with nutritionists and chefs, he and his colleagues created a nutritious, low-budget menu plan to cover 21 days of meals, together with engaging content to promote the plan. In the area chosen for the pilot, the new model was rolled out and mothers were shown how to cook healthy meals using lower-cost ingredients.

How has the programme performed?

In the pilot community in Taguig City, Metro Manila, there was a six-fold increase in mothers preparing healthy home-cooked meals and a 50% reduction in malnourished children within a two-month period (based on noted improvements in weight).

Uael is also the driving force in a partnership between Unilever and the Philippines government’s social development 4Ps initiative (Pantawid ng Pamilyang Pilipino Programme). The 4Ps reaches over 4.4 million households, which is allowing Knorr to double its own reach without increasing its costs.

Uael’s story is one of empowerment and sustainability. Parents are being empowered to help their children, using a healthier approach on household cooking which is sustainable – and the scheme continues.

“On an annual basis, we used to make an impact on approximately 100,000 kids. With the new model, we brought that up to 500,000 kids by empowering 170,000 mothers. We hope that this number will slowly make a dent in the overall malnutrition prevalence of around 7 million children across the country,” says Uael.

Within Unilever Philippines, Uael is known – and with reason – as the custodian and true champion of a brand with purpose.

Watch this short video to hear more from Uael 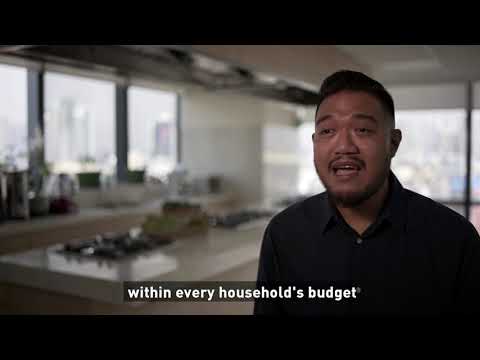 Every year, our Unilever Heroes programme recognises employees who have shown extraordinary initiative, integrity and commitment.