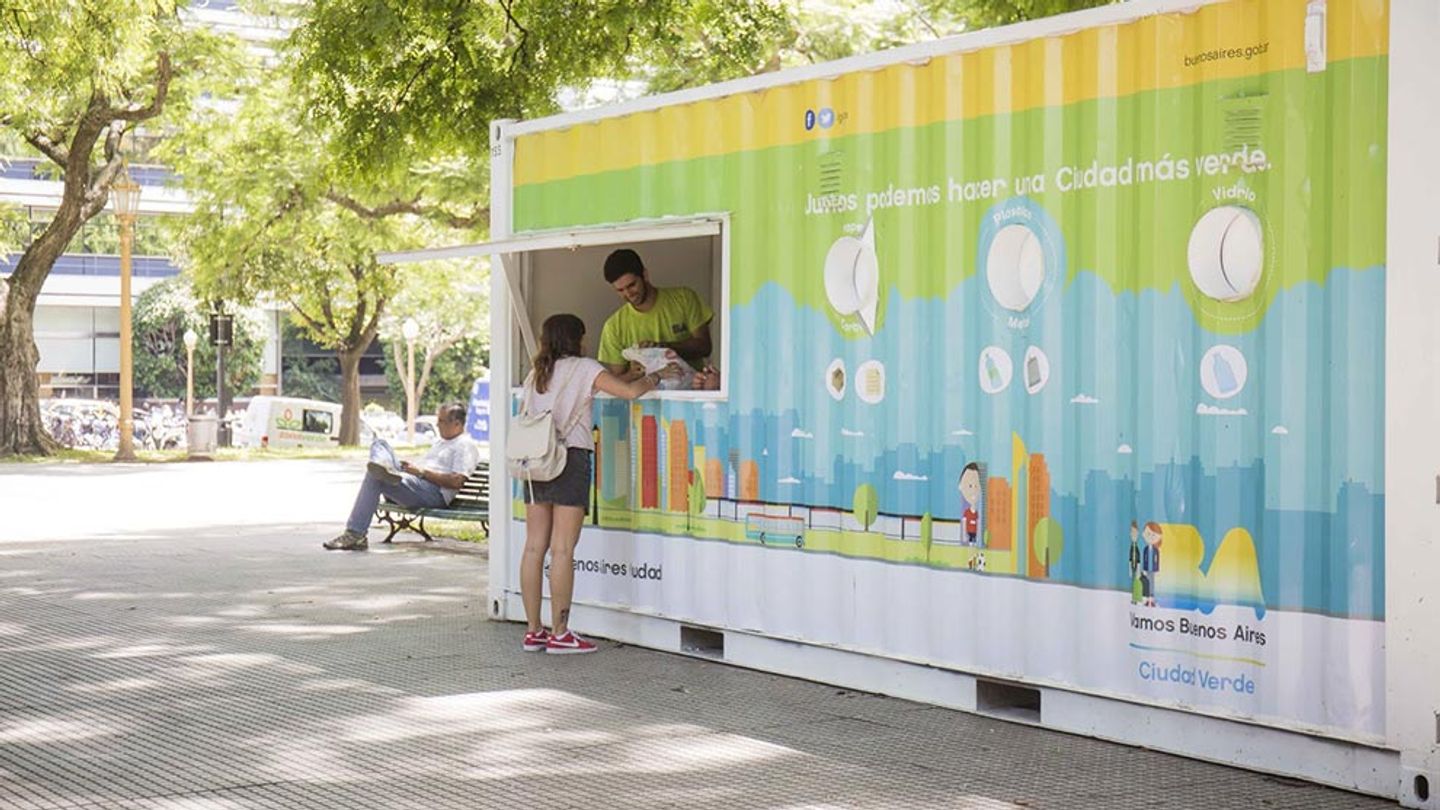 Working in partnership with the government of Buenos Aires, we have recently extended a programme that encourages the city’s residents to throw away less and recycle more.

Working in partnership with the government of Buenos Aires, we have recently extended a programme that encourages the city’s residents to throw away less and recycle more.

At ‘Green Points’ dotted across the city, people can exchange their household recyclables for discount coupons that are redeemable against Unilever products at selected retailers.

The coupons are given out regardless of what the person deposits. They can bring a single item or a bag-full, and the container can be plastic, metal, glass or paper, from any company or brand.

The collected containers are sent to co-operatives where they are processed. The separated material is passed on to manufacturers that specialise in the treatment of each one. It then comes back to companies, like Unilever, to be used in new packaging.

Separating waste at its source to recover reusable or recyclable material has environmental, economic and social benefits.

Thanks to this project, the government improves the city’s recycling rates, decreasing the amount of waste sent to landfill, and co-operatives have higher volumes to work with, so they can become more efficient and competitive. Plus, consumers are rewarded for doing their bit to help protect the urban environment.

Karen Vizental, VP, Sustainable Business and Communications for Latin America, says: “Reciclando en la ciudad – Recycling in the City – is helping to make recycling a habit among increasing numbers of residents while, at the same time, developing the market for recycled material. Essentially, what was once considered waste is now seen as a valuable resource.

Buenos Aires is Argentina’s most populated city with around 3 million inhabitants. That figure more than doubles with the number of people coming into the city, mainly for work. Between them, this ‘population’ generates almost 7,000 tons of waste per day.

About half of this is managed by a public company called CEAMSE. The rest is recovered in other recycling centres, including one that’s being developed through co-operatives.

While we launched the Recycling in the City programme as our response to help tackle packaging waste, it also contributes to government targets to increase recycling rates and segregation, and reduce the amount of waste ending up in landfill.

Importantly, the programme fits in with our public commitment that, by 2025, all our plastic packaging will be reusable, recyclable or compostable, and 25% of it will come from recycled plastic content.

We first launched Recycling in the City in 2017. Such was the success of the programme, we extended it in 2018 to cover more Unilever brands and retailers. We also doubled the value of the discount coupons to engage more consumers.

We are currently looking to extend the number of Green Points, and inviting other companies to get involved.

“We want more residents to get into the habit of separating their waste,” says Karen, “and we want more companies to help us achieve that aim. Working in partnership is the only way to drive the transformational change we need to see and to move to a circular economy.”