Unilever has partnered with Burger King® to launch the plant-based Rebel Whopper® powered by The Vegetarian Butcher. The patty smells, cooks and tastes like beef, but it’s made from plants.

Plant-based ‘meat’ sales are set to explode, with Barclays estimating that the market could grow by 1,000% over the next ten years, reaching $140 billion.

There’s a seismic shift happening in what we are choosing to eat and why.

Increasingly, we are opting for less meat and more plant-based foods.

Step in The Vegetarian Butcher.

The brand Unilever acquired at the beginning of this year has partnered with Burger King – the second largest fast-food hamburger chain in the world – to launch the plant-based Rebel Whopper.

As from today, this all-new burger will appear on the menu in around 2,500 Burger King restaurants across 25 countries in Europe.

The patty smells, cooks and tastes like beef, but it’s 100% plant-based. The main ingredients are sustainable soy, wheat, vegetable oil, herbs and onion.

It’s been developed specifically with meat lovers in mind – people who want to leave meat out of their diet for a couple of days a week, but don’t want to compromise on flavour.

In the past, plant-based diets were the preserve of vegetarians and vegans. But demand has grown with the mainstream emergence of consumers who choose plant-based products for a variety of reasons.

But for these consumers, there’s a problem.

Many plant-based alternatives don’t offer a like-for-like experience. They often lack exciting flavours, and don’t match the taste and texture of meat. To appeal to the core meat-eater market, plant-based products must be as good as, if not better than, what they’re intending to replace.

We believe we’ve achieved this with the Rebel Whopper patty.

This Burger King deal supports The Vegetarian Butcher’s goal to be the largest butcher in the world.

The business was founded by Jaap Korteweg, a ninth-generation farmer. Having grown up on a farm among the cows in the Dutch countryside, Jaap’s view of cattle rearing changed almost a decade ago when swine fever and mad cow disease swept through the country.

Seeing the damage it was doing, he decided, at that moment, to become a vegetarian.

However, he soon realised that he missed the taste of meat. So, he set out to find something that could satisfy his craving, without actually having to eat animals.

After a three-year search, with the help of top chefs and concept designers, Jaap developed innovative meat substitutes which compete with ‘the real thing’ in respect of taste, texture and nutritional value. The products are so convincing that they are heralded by industry figures including butchers, culinary journalists and Michelin-star chefs.

It’s exciting to see that the combination of The Vegetarian Butcher’s deep expertise in plant-based products and the power of Unilever’s R&D, marketing and supply chain have come to fruition just months after the acquisition.

Jaap says: “Working with Burger King on the Rebel Whopper has been amazing and we can’t wait for all Burger King guests to enjoy it.”

The Vegetarian Butcher CEO Hugo Verkuil adds: “It’s exciting to see that the combination of The Vegetarian Butcher’s deep expertise in plant-based products and the power of Unilever’s R&D, marketing and supply chain have come to fruition just months after the acquisition, as showcased by the Rebel Whopper partnership.”

David Shear, President of Burger King EMEA, comments: “We are confident that the Rebel Whopper, powered by The Vegetarian Butcher, is the sandwich everyone has been waiting for and provides the ultimate plant-based patty alternative with the iconic Whopper build. I’m excited to let the Rebel Whopper do the talking and see whether our guests can tell the difference!” 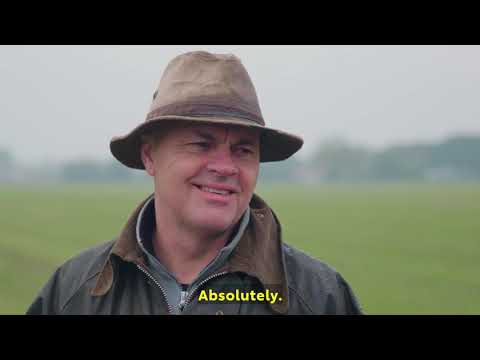 If the world’s food system is going to cope with the double challenge of population growth and climate change, then plant-based foods need to be higher on the menu

A chef-driven action plan, a focus on kitchen staff’s wellbeing and a fresh appetite for plant-forward dining are putting change on the table

From naturally pest-resistant grains to vitamin-rich flowers and drought-defying roots – find out more about the 50 nutritious foods that are better for our health and for the planet.