Why there’s such a buzz around our office in Poland

Here’s the story of how Agnieszka, from our Katowice office, is helping to promote urban beekeeping and why we should all take more notice of these little insects.

Bees play a vital role in our ecosystem and pollinate a third of everything we eat. Without them, many plants – including food crops – would die.

In fact, according to the UN Food and Agriculture Organization (PDF 1.6 MB) , close to three-quarters of the world’s crop species depend, at least in part, on bees and other pollinators. And as such, pollinators play an essential role in helping to feed a rising world population in a sustainable way.

However, for the last decade or so, there has been a massive decline in the number of bee colonies and wild bee populations in Europe, the US, China and Japan, and the crisis appears to have reached Africa and Asia.

That’s why at Unilever we work with our suppliers and their farmers to manage biodiversity in such a way as to help bees thrive.

Each year Knorr co-invests €1 million with our suppliers and farmers through the Knorr Partnership Fund. This money helps finance sustainable agriculture projects, many of which are focused on biodiversity.

Here are some examples. At a vegetable supplier located in France, around 10% of its grower base has planted the perimeter of fields with a specific variety of flowers to attract bees. A supplier of frozen herbs and vegetables is creating flower fields on undeveloped areas of land in 20 sites across Europe. And a Spanish tomato paste and powder producer has created wild bee shelters.

These are the types of projects we support through the Fund to protect biodiversity and help pollinators thrive. Doing so improves the quality of crops and ultimately the taste of our products.

It has always been my dream to play a significant role in environmental sustainability.

What Agnieszka gets up to on our roof

While our initiatives as a business – especially for a brand like Knorr – are on a large scale, beekeeping is something anyone with a bit of outside space can do. And it’s not restricted to people who live in the countryside. Urban beekeeping is becoming popular in cities around the world.

In fact, honey produced in the city can be purer, as there are fewer pesticides or genetically modified crops, and traffic pollution doesn’t seem to affect bees. The bees can also be more productive, with warmer temperatures leading to as much as three times greater yield.

Watch the short video below to see how Agnieszka Przybyl, who works at our Katowice office in southern Poland, is pursuing her dream of playing a significant role in environmental sustainability by promoting urban beekeeping.

As well as establishing more than 50 hives on the office rooftop, Agnieszka passes on her knowledge – and enthusiasm – by raising awareness with other employees and running workshops for children. 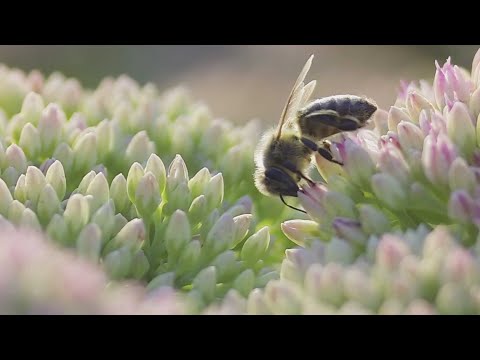 Visit the UN Food and Agriculture Organization website to find out more about the importance of pollinators and what you can do to help protect their habitats.