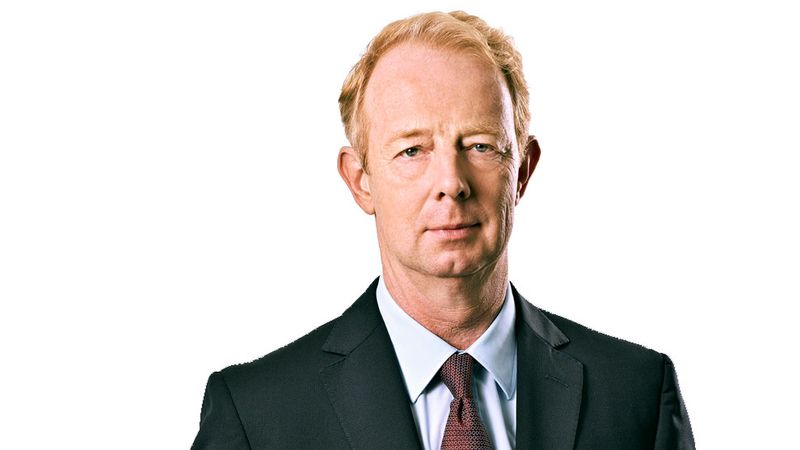 Unilever today announced that it is proposed that Dr. Marijn Dekkers, one of Europe's leading global business figures, will succeed Michael Treschow as Chairman of Unilever N.V. and Unilever PLC. He will be nominated for election to the Boards at the Annual General Meetings in April 2016.

Dr. Dekkers is currently Chief Executive Officer of Bayer AG and, as announced by Bayer AG earlier today, he will step down from this role at the end of April.

Michael Treschow will retire from Unilever at the 2016 AGMs after having served Unilever's usual maximum tenure of nine years as Chairman. He joined the Unilever Boards in 2007 and was the first independent, non-executive Chairman of Unilever.

Michael Treschow said: “Marijn Dekkers is a highly successful businessman with a formidable track record gained in some of the world’s most competitive industries. I have no doubt that Unilever will greatly benefit from his knowledge, international experience and his strong belief in driving business growth responsibly and in the long term.”

Marijn Dekkers said: “I am honoured to have been invited by the Boards to become Unilever's Chairman and to help contribute to the purpose, vision and strategy of this Group. It is a great business, with great brands and an unequalled global reach. I know Paul Polman as an outstanding global leader and he and I are looking forward immensely to working together in the future.”

“The Boards of Unilever are delighted to make this appointment. Our Nomination and Corporate Governance Committee conducted a thorough search. We set the bar high and I'm delighted our efforts have yielded such an excellent result.

The Boards would also like to pay special tribute to Michael and the significant contribution he has made. Under his leadership Unilever has undergone one of its most successful periods in its history and he leaves the business well placed in its transformation journey. His strong leadership and commitment to sustainability and building long term profitable growth have been hallmarks of his Chairmanship and we wish him well in the years ahead.”

Unilever also announced that in addition to Michael Treschow, Hixonia Nyasulu will be retiring from the Unilever Boards at the conclusion of the 2016 AGMs having also served for nine years. Michael Treschow said: “I would like to thank Hixonia for her contribution as a Unilever Non-Executive Director. She has brought invaluable experience to the Unilever Boards and been a great source of advice and guidance for the business, in particular in relation to Africa and her role on the Audit Committee. She leaves with the best wishes of us all.”

Strive Masiyiwa is the founder and executive chairman of global telecommunications group Econet Wireless and Youngme Moon is senior associate dean for strategy and innovation, as well as the Donald K. David Professor of Business Administration, at Harvard Business School.

Michael Treschow said: “I am delighted that Strive Masiyiwa and Youngme Moon have agreed to join the Boards as Non-Executive Directors. They will bring, in addition to their distinguished international business and marketing experiences, unique perspectives into the impact technology, particularly digital, is having on new business models for the future both in the developed and developing world.”

Having studied chemistry and chemical engineering Dr. Dekkers began his professional career in 1985 as a scientist at the corporate research centre of General Electric in the United States, gaining experience in various units of the company before joining AlliedSignal (subsequently Honeywell International Inc.) in 1995. In 2000 Dr. Dekkers became Chief Operating Officer of Thermo Electron Corporation, the world’s leading manufacturer of laboratory instruments (later renamed Thermo Fisher Scientific Inc.) and in 2002 he became this company’s President and CEO.

Dr. Dekkers currently serves on the Board of Directors of General Electric in the United States. In September 2014, he took over the two-year presidency of the German Chemical Industry Association (VCI), Frankfurt. He is also a Vice President of the Federation of German Industry (BDI), Berlin.

Mr Masiyiwa is the founder and executive chairman of global diversified telecommunications group Econet Wireless. Also, through Econet’s subsidiaries, the Group funds one of the largest scholarship programs for orphan and vulnerable children in Africa, run by the Higherlife Foundation. Mr Masiyiwa currently serves on a number of international boards including the Rockefeller Foundation, the Global Advisory Board of the Council on Foreign Relations, the Africa Progress Panel, and recently took over the chairmanship of the Alliance for a Green Revolution in Africa (AGRA) and the Micronutrient Initiative. He is a juror of the Hilton Foundation's Humanitarian Prize. He is also one of the founders of the global think tank known as the Carbon War Room.

Professor Moon is senior associate dean for strategy and innovation, as well as the Donald K. David Professor of Business Administration, at Harvard Business School (‘HBS’). At HBS, she has also served as chair and senior associate dean for the MBA Program. Prior to HBS, Professor Moon was professor at the Massachusetts Institute of Technology from 1997 to 1998. Professor Moon currently serves on the board of directors of Avid Technology, Rakuten and The Honest Company, and she is a former member of the board of Governors for the American Red Cross.

Because these forward-looking statements involve risks and uncertainties, there are important factors that could cause actual results to differ materially from those expressed or implied by these forward-looking statements. Among other risks and uncertainties, the material or principal factors which could cause actual results to differ materially are: Unilever's global brands not meeting consumer preferences; Unilever's ability to innovate and remain competitive; Unilever's investment choices in its portfolio management; inability to find sustainable solutions to support long-term growth; customer relationships; the recruitment and retention of talented employees; disruptions in our supply chain; the cost of raw materials and commodities; the production of safe and high quality products; secure and reliable IT infrastructure; successful execution of acquisitions, divestitures and business transformation projects; economic and political risks and natural disasters; financial risks; failure to meet high ethical standards; and managing regulatory, tax and legal matters. Further details of potential risks and uncertainties affecting the Group are described in the Group's filings with the London Stock Exchange, NYSE Euronext in Amsterdam and the US Securities and Exchange Commission, including the Group's Annual Report on Form 20-F for the year ended 31 December 2013 and Annual Report and Accounts 2013. These forward-looking statements speak only as of the date of this announcement. Except as required by any applicable law or regulation, the Group expressly disclaims any obligation or undertaking to release publicly any updates or revisions to any forward-looking statements contained herein to reflect any change in the Group's expectations with regard thereto or any change in events, conditions or circumstances on which any such statement is based.