London, UK – A new international study by Unilever reveals that a third of consumers (33%) are now choosing to buy from brands they believe are doing social or environmental good. 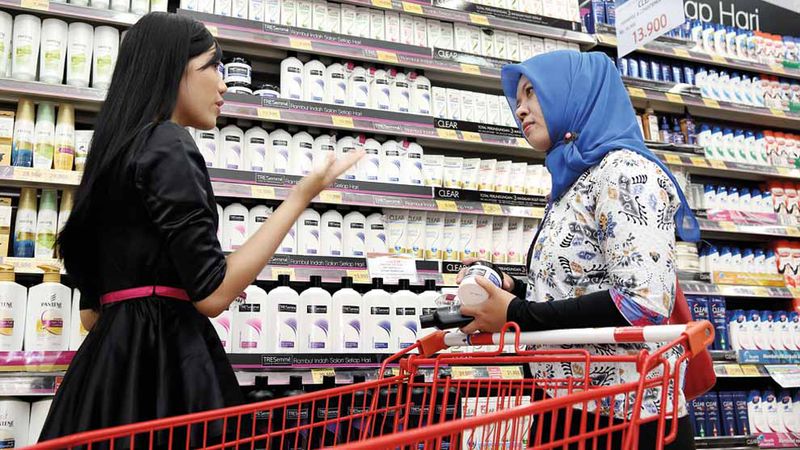 The study asked 20,000 adults from five countries how their sustainability concerns impact their choices in-store and at home. Crucially, it then mapped their claims against real purchase decisions, giving a more accurate picture than ever of what people are actually buying – and why.

As well as confirming the public’s high expectations of brands when it comes to having a positive social and environmental impact, the study’s findings uncover an unprecedented opportunity for companies that get it right. More than one in five (21%) of the people surveyed said they would actively choose brands if they made their sustainability credentials clearer on their packaging and in their marketing. This represents a potential untapped opportunity of €966 billion out of a €2.5 trillion total market for sustainable goods.1

The scale of this opportunity is also further borne out by Unilever’s own financial performance. Of its hundreds of brands, those such as Dove, Hellmann’s and Ben & Jerry’s, that have integrated sustainability into both their purpose and products delivered nearly half the company’s global growth in 2015. Collectively, they are also growing 30% faster than the rest of the business.

The study also suggests that the trend for purpose-led purchasing is greater among consumers in emerging economies than in developed markets. While 53% of shoppers in the UK and 78% in the US say they feel better when they buy products that are sustainably produced, that number rises to 88% in India and 85% in both Brazil and Turkey.

Keith Weed, Unilever’s Chief Marketing and Communications Officer says: “This research confirms that sustainability isn’t a nice-to-have for businesses. In fact, it has become an imperative. To succeed globally, and especially in emerging economies across Asia, Africa and Latin America, brands should go beyond traditional focus areas like product performance and affordability. Instead, they must act quickly to prove their social and environmental credentials and show consumers they can be trusted with the future of the planet and communities, as well as their own bottom lines.”

The study identifies two probable reasons for consumers’ greater focus on sustainable purchasing in emerging economies compared to developed markets. First is direct exposure to the negative impact of unsustainable business practices, such as water and energy shortages, food poverty and poor air quality. And second is the power of social norms. So, while Brazilian, Indian and Turkish people feel pressure from their family, friends and even their children to buy greener, more socially responsible products, this sense of social scrutiny is currently less prevalent in the UK and US.

The research was carried out in conjunction with Europanel and Flamingo.

The emergence of purchasing based on sustainability credentials is further supported by the From marketing to mattering study by Accenture and Havas Media Group. It found that consumers in emerging economies are more engaged on sustainability and expect companies’ good purpose efforts to benefit them directly.2

A Sustainable Living brand is a brand that has integrated sustainability not only into its purpose – in other words its marketing platform – but also into its products.

Sustainability is creating value for our business

Unilever has developed a simple four-point framework to help capture the ways in which sustainability contributes to our success.