Today, Unilever announced its results for the first half of 2018, which show a solid all-round performance despite some challenging markets. 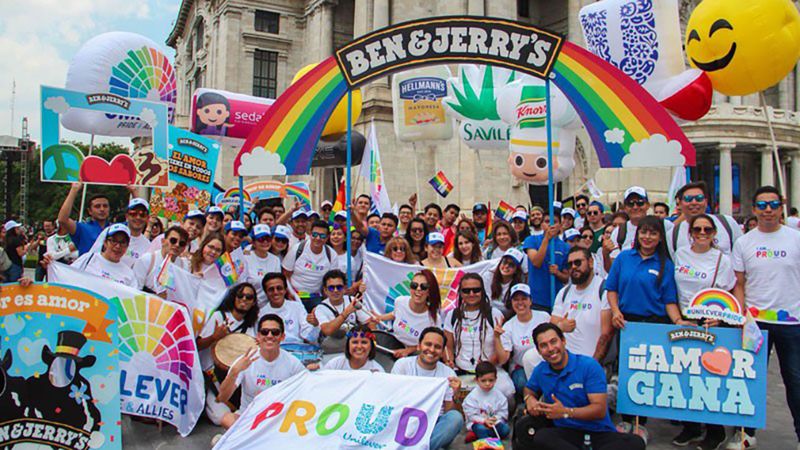 Commenting on the results, CEO Paul Polman says: “Our first half results show solid volume-driven growth across all three divisions, which was achieved despite the effects of an extended truckers’ strike in Brazil, one of our biggest markets. Growth was driven by strong innovation and continued expansion in future growth markets. The margin improvement was of high quality and in line with our strategy, driven by further gross margin progression, increased investment behind our brands and strong savings delivery.

“The Connected 4 Growth change programme – which makes our organisation more agile and resilient – is driving the step-up in our innovation and savings programmes. As part of the continued portfolio evolution, we completed the exit from spreads on 2 July 2018. In anticipation of the disposal proceeds, we have already returned €3 billion as part of our €6 billion share buyback programme that will complete before the end of the year. We have also signed an agreement to acquire a 75% stake in the Italian personal care business Equilibra.

“Our expectation for the full year is unchanged. We expect underlying sales growth in the 3% - 5% range, an improvement in underlying operating margin and strong cash flow. We remain on track for our 2020 goals.”

Overall market conditions remained challenging in the first half. We saw an encouraging improvement in volumes and a lower contribution from price growth, particularly in emerging markets. The truckers’ strike in Brazil presented a significant headwind in the second quarter which we expect to partially reverse in the second half of the year.

Underlying sales growth excluding spreads was 2.7% which was almost entirely driven by volume growth across all divisions. USG including spreads was 2.5%. Growth was adversely affected by the situation in Brazil which reduced USG in the first half by around 60bps and 120bps in the second quarter.

Emerging markets grew by 4.1% with an improved contribution from volume of 3.3%, while price growth was modest in a lower inflation environment. Sales in developed markets were slightly up as volume growth was mostly offset by continued competitive price deflation in Europe and North America. Turnover decreased 5.0% to €26.4 billion, which included an adverse currency impact of (8.9)% and 1.9% from acquisitions net of disposals.

Due to a further reduction in the underlying cost base, overheads reduced by 40bps. As a result, underlying operating margin improved by 80bps to 18.6%. Operating margin was down 50bps to 17.0%, mainly due to a gain on disposal of the AdeS soy beverage business in the prior year.

Beauty & Personal Care continued to grow the core with innovations behind global and local brands, while expanding the portfolio in attractive segments and channels. This led to an improvement in volumes in the first half. Growth in the second quarter however was negatively affected by the truckers’ strike in Brazil as well as challenging competitive conditions in Europe and South East Asia.

The prestige business demonstrated broad-based first half growth of more than 6%. The 2017 acquisitions Carver, Sundial Brands and Schmidt’s all grew strongly and will contribute to underlying sales growth from twelve months after completion.

Skin cleansing delivered good growth helped by new premium formats. These included aerosol mousse which delivers an improved sensorial experience and was launched across five brands in Europe, and the launch of Dove body polish in North America which exfoliates and nourishes at the same time.

In hair care, volume-led growth was driven by Sunsilk and Dove, helped by their successful expansion into natural propositions with on-trend ingredients.

Deodorants returned to good volume growth, helped by innovations such as Rexona antibacterial and invisible, which offers both odour and stain protection, while price growth was negative as we stepped up promotional activity.

Sales in oral care were slightly down primarily due to competitive challenges in some developed markets.

Home Care increased its strong emerging market footprint with its proven market development model and benefit-led innovations. Growth was broad-based with the exception of Latin America.

Fabric solutions continued to successfully expand its core brands in fast-growing segments, such as natural products with the premium Omo Naturals range in China. We are also uptrading consumers into the liquids segment in emerging markets, for example with Surf Excel Matics in India, and into premium formats in developed markets, such as the launch of Persil triple chamber liquid capsules in the UK.

Comfort delivered double-digit growth, helped by the roll-out of the ultra-concentrated Comfort Perfume Deluxe from South East Asia to the UK and the extension of the sensitive Comfort Pure range into India.

Home and hygiene remained a strong growth contributor to Home Care. This was helped by continued double-digit growth of Domestos toilet blocks and bleaches, the launch of Sunlight dishwash in Indonesia with improved formulation that allows 5x faster degreasing, and the launch of Cif premium sprays, with specialist care and cleaning, in 23 European markets.

The division continued to build its presence in emerging markets and sustained a strong performance in food service channels. At the same time, we continued to modernise the portfolio by responding to consumer needs in fast-growing segments such as organic, natural, vegan, health and wellness.

Ice cream delivered strong growth driven by innovations behind our premium brands. These included the launch of Magnum Core & Praliné variant, which provides our most indulgent ice cream experience yet, and the roll-out of the successful Ben & Jerry’s non-dairy platform from the US into Europe. The new Kinder® ice cream, launched after partnering with an Italian confectioner, had a very promising start in Germany and France.

In leaf tea, volume-led growth continued to be driven by strong innovations in India, where we extended our market leadership. We continued to transform our portfolio in Europe and North America, but growth was held back by a decline of our black tea business. The recent acquisitions Pukka Herbs organic herbal tea and TAZO had a good first half in Europe and North America.

In foods, Knorr grew ahead of the Group average, primarily driven by cooking products in emerging markets, as well as innovations in on-trend segments in developed markets. These included the launch of Knorr mini meals in Europe, snack products with natural and nutritious ingredients, and Knorr Selects side dishes in the US. Hellmann’s continued to communicate strong natural claims and in the US launched Hellmann’s Real Ketchup, made with six ingredients and sweetened only with honey. However, sales in dressings were slightly down in an intense promotional environment.