London/Rotterdam – On 15 March 2018, Unilever announced the next steps in its transformation into a simpler, more agile and more focused business. 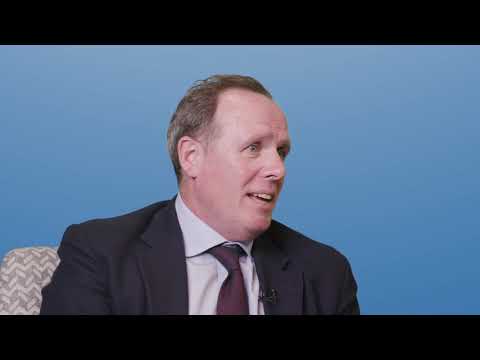 Publication of prospectus and shareholder documentation

This included the proposal to simplify Unilever’s parent company structure from two legal entities, NV and PLC, into a single holding company (“New Unilever NV”), incorporated in the Netherlands, and to be listed in London, Amsterdam and, in the form of American depositary shares, New York. Unilever has today published the prospectus for New Unilever NV and the shareholder documentation relating to simplification.

Simplification of the current NV and PLC parent companies under New Unilever NV will be achieved through a combined process involving a UK scheme of arrangement (the “UK Scheme”) for PLC and a Dutch statutory legal merger for NV (the “Dutch Merger”).

The NV shareholder and depositary receipt holder meetings will take place in Rotterdam on Thursday, 25 October 2018 and the PLC shareholder meetings will take place in London on Friday, 26 October 2018. The expected last day of trading in NV and PLC shares will be Friday, 21 December 2018. Simplification is expected to complete over the weekend of 22 and 23 December 2018, with dealings in New Unilever NV shares commencing on Monday, 24 December 2018.

In addition, New Unilever NV has today: (i) published a prospectus in relation to the proposed listing of the New Unilever NV shares on the London Stock Exchange and Euronext Amsterdam (the “EU Prospectus”) which has been approved by the Dutch Authority for the Financial Markets and which has been notified to the competent authority in the United Kingdom, the Financial Conduct Authority, for passporting; and (ii) filed a prospectus with the Securities Exchange Commission in the United States (the “US Prospectus”) which is incorporated in the EU Prospectus by reference.

The EU Prospectus, US Prospectus, Scheme Document and shareholder documentation relating to simplification are available, subject to applicable securities laws, on the Unilever website. A copy of the relevant documents will also be submitted to the National Storage Mechanism and will be available in due course for inspection at www.morningstar.co.uk/uk/NSM.

Because these forward-looking statements involve risks and uncertainties, there are important factors that could cause actual results to differ materially from those expressed or implied by these forward-looking statements. Among other risks and uncertainties, the material or principal factors which could cause actual results to differ materially are: Unilever's global brands not meeting consumer preferences; Unilever's ability to innovate and remain competitive; Unilever's investment choices in its portfolio management; inability to find sustainable solutions to support long-term growth; customer relationships; the recruitment and retention of talented employees; disruptions in our supply chain; the cost of raw materials and commodities; the production of safe and high quality products; secure and reliable IT infrastructure; successful execution of acquisitions, divestitures and business transformation projects; economic and political risks and natural disasters; the effect of climate change on Unilever's business; financial risks; failure to meet high and ethical standards; and managing regulatory, tax and legal matters. These forward-looking statements speak only as of the date of this announcement. Except as required by any applicable law or regulation, the Group expressly disclaims any obligation or undertaking to release publicly any updates or revisions to any forwardlooking statements contained herein to reflect any change in the Group's expectations with regard thereto or any change in events, conditions or circumstances on which any such statement is based. Further details of potential risks and uncertainties affecting the Group are described in the prospectus published today by New Unilever NV and the Group's filings with the London Stock Exchange, the Dutch Authority for the Financial Markets (Stichting Autoriteit Financiële Markten) and the US Securities and Exchange Commission, including in the Annual Report on Form 20-F 2017 and the Unilever Annual Report and Accounts 2017.

This announcement is for informational purposes only and does not constitute or form part of an offer to sell or the solicitation of an offer to buy or subscribe to any securities, nor shall there be any sale of securities in any jurisdiction in which such offer, solicitation or sale would be unlawful prior to registration or qualification under the securities laws of any such jurisdiction. It is not an advertisement and not a prospectus for the purposes of Directive 2003/71/EC, as amended. This announcement is not an offer of securities for sale into the United States. No offering of securities shall be made in the United States except pursuant to registration under the US Securities Act of 1933 (the “Securities Act”), or an exemption therefrom.

Any purchase of securities of New Unilever NV should only be made on the basis of information contained in the prospectus issued in connection with the proposed admission of New Unilever NV’s ordinary shares to (i) listing and trading on Euronext in Amsterdam (ii) the Official List of the United Kingdom Listing Authority and (iii) trading on the Main Market of the London Stock Exchange (the “EU Prospectus”), and approved by the Dutch Authority for the Financial Markets (Stichting Autoriteit Financiële Markten) and passported to the United Kingdom, and any supplement or amendment thereto. The EU Prospectus contains detailed information about Unilever and its management, as well as financial statements and other financial data. It may be unlawful to distribute the EU Prospectus in certain jurisdictions.

Shareholders and security holders can obtain free copies of the US Prospectus, as well as other filings containing information about New Unilever NV, Unilever PLC and Unilever NV, without charge, at the SEC’s website at www.sec.gov. Shareholders and security holders may obtain the EU Prospectus, the US Prospectus and the Scheme Document, without charge, from Unilever’s website at www.unilever.com/simplification. Shareholders and security holders may also obtain the EU Prospectus, US Prospectus and Scheme Document, without charge, at the offices of Unilever NV (Weena 455, Rotterdam) or may obtain the Scheme Document or EU Prospectus by contacting Computershare on the Shareholder Helpline on 0370 600 3977 if calling from the UK or +44 370 600 3977 if calling from outside the UK. The helpline is open between 8.30 a.m. and 5.30 p.m., Monday to Friday (excluding public holidays in England and Wales).