How we’re saving food from going to waste

One-third of all food produced globally is lost or wasted. That amounts to 1.3 billion tonnes of food literally thrown away every year.

So how is it possible that so much food is lost or wasted in a world where one in nine people goes hungry or undernourished? And what can be done about it?

These are the questions that will be at the heart of discussions and events during the first UN International Day of Awareness of Food Loss and Waste held on 29 September.

Established by the Food Agriculture Organization of the UN (FAO) and the UN Environment Programme (UNEP), the day aims not only to raise awareness about food waste, but also to promote global efforts aimed at hitting Target 12.3 of the UN’s Sustainable Development Goals. Namely, a 50% reduction of food loss and waste by 2030.

As a member of the Champions 12.3 coalition, Unilever is dedicated to accelerating progress towards achieving this target.

To ensure that our own house is in order, we have longstanding zero waste to landfill programmes in place. Recently, we also committed to halving food loss and waste in our own global operations by 2030, in line with Target 12.3. We have also adopted the Champions 12.3 ‘Target–Measure–Act’ approach and will publicly report our food waste footprint to contribute to increased transparency around this data.

“Only if we tackle food loss and waste can we feed the world within planetary boundaries; mitigate climate change; and relieve pressure on natural resources. The bigger impact and responsibility of Unilever lies in our ability to influence our suppliers and customers to follow our lead and, particularly consumers, to waste less food,” says Hanneke Faber, President, Foods & Refreshment, Unilever. 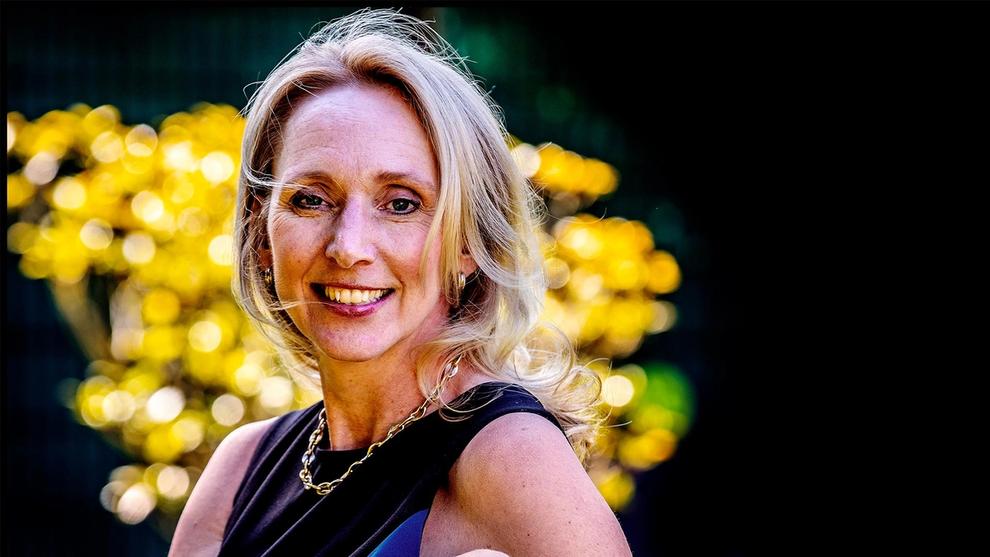 We can only feed the world within planetary boundaries if we solve food waste. As Unilever we will inspire consumers to waste less food and work with our suppliers and customers to do the same.

Food loss and waste is unseen, under-valued and a senseless misuse of human, environmental and economic capital. It consumes one-quarter of the water used for agriculture every year. It is also a major contributor to the loss of ecosystems and biodiversity, and is responsible for 8% of the world’s annual greenhouse gas emissions. In fact, if food loss and waste were a country, it would be the world’s third-largest producer of greenhouse gases.

Our brand Hellmann’s has a fundamental belief that food is too good to be wasted. With its products reaching the homes of millions of people worldwide, Hellmann’s has both an opportunity and a responsibility to raise awareness about the issue of household food waste and help people become more resourceful with their food.

“We know that our brand can make a positive change in the way our consumers use their food at home,” says Christina Bauer-Plank, Global Brand Vice President, Hellmann’s. “Hellmann’s has always helped people to turn even the simplest ingredients into tasty meals.”

With 40–45% of food waste being generated in people’s homes, it’s clear that any significant change in reducing food waste depends on changing the habits and attitudes of consumers.

Yet not many people think of themselves as major contributors to food waste. Some are not aware of the extent of the issue, while others do not recognise their own actions as being part of the problem.

However, with its lockdowns, restricted shopping and home-bound life, the Covid-19 crisis has forced people to look more closely at their food consumption. This has resulted in an unexpected shift in attitude.

While the fear of not having enough food led to some stockpiling and ultimately waste, research has shown that time spent at home made many people more appreciative of the value of food. A survey carried out by environmental agency Hubbub UK showed that 57% of respondents felt they valued food more since the pandemic.

With more people open to adopting less wasteful behaviours towards food, Hellmann’s is continuing to step up its efforts to both raise awareness about food waste and provide practical solutions to reduce it.

Solutions that include helping people see the potential in their perishables, nudging them to cook with the ingredients in their fridge and, perhaps most importantly, helping them gain the skills and knowledge they need to make the most of the food they already have.

Over the past two years, Hellmann’s has already reached more than 100 million people in Brazil and other countries with campaigns to transform leftovers into tasty meals. Now the brand is extending its efforts to markets in North America, Latin America and Europe.

By partnering with community organisations and NGOs, Hellmann’s is not only amplifying awareness about the issue, it is also maximising the impact of its programmes, most notably those focused on redistributing surplus food.

In the US, Hellmann’s has worked with organisations such as East Side House Settlement and Farms to Food Banks to help rescue surplus food from farms and redistribute this to 200,000 households in need. Similarly, in Canada Hellmann’s Real Food Rescue programme has helped rescue over 100,000 meals to support people in need.

We don’t have to persuade people that food waste is wrong. We just have to give people tools so that they can use what they have better.

Unlocking the reasons for waste

However, tackling the issue of food waste must go further than finding ways to use surplus food. We also need to understand why food is wasted in the first place.

That’s why Hellmann’s is working with leading academic experts, including behavioural psychologists at BEworks, and subject specialists such as Dr Erica van Herpen at Wageningen University, to understand the psychology behind food waste, and what could positively impact behaviour.

“No one feels good about throwing good food away,” says Christina Bauer-Plank. “We don’t have to persuade people that food waste is wrong. Everyone knows that. We just have to give people tools so that they can use what they have better.”