Food fortification is going from strength to strength. Here’s why.

An increased focus on health and wellbeing is seeing consumers seek out foods whose nutritional value has been boosted by vitamins and minerals. On World Food Day, we look at four ways fortification is levelling access to affordable nutrition.

Consumer appetite for fortified foods is on the rise. In a recent DSM consumers survey, 52% of consumers in Asia, 42% in North America and 33% in Europe said they are actively seeking out fortified foods and beverages with nutrition-boosting ingredients on shop shelves.

Such estimates have led to bullish forecasts and predictions of a marketplace worth $235 million by 2031. But it’s not just consumers fuelling growth.

Governments and global health authorities are also advocates, recognising the potential of fortifying everyday foods with vital micronutrients as both an economical and a powerful way to fight malnutrition at scale.

Until recently, figures estimated 2 billion people globally were deficient in micronutrients, The Lancet Global Health research is now suggesting that figure is higher. The study found that globally one in two pre-school aged children and two in every three women of reproductive age were micronutrient deficient.

Through our nutrition portfolio, we committed to providing 200 billion servings of vitamin A, vitamin D, iron, zinc or iodine by 2022. And we’re proud of the work we’ve done to deliver more than 213 billion servings around the world so far.

On World Food Day we’re taking the opportunity to showcase how four of our fortified products have contributed to that work and the nutritional impacts on the markets they serve. 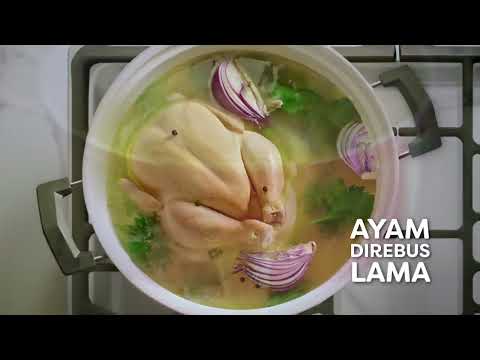 Iodine is essential for brain development and growth, especially during pregnancy and infancy. “Seafood and green vegetables are natural sources of iodine, but the intake of both in the most populated island in Indonesia is often low,” says Melody Mary, Diet and Health Assistant Manager for Unilever Nutrition Indonesia.

“As a result, large numbers of pregnant women in rural areas are iodine deficient and the lack of this micronutrient alongside iron and zinc is related to the high cases of growth stunting in the country,” she adds.

The extent of this problem led the Indonesian government to mandate that table salt must be fortified with iodine.

In Indonesia eight out of ten households use a Royco product. With this reach, Royco wanted to play its part in tackling the issue too. In 2021, the brand added iodine to its stock powder to help make its nutritional benefit an easy addition to mealtimes.

Today each 2g serving of Royco delivers 15% of the daily iodine requirement needed to support normal growth and cognitive development, a fact the brand is proud to call out on pack.

Advertising plays a role too. One of the most popular ads shows how Royco can be used in clear chicken broth, the country’s sixth most popular dish that’s easy to make and widely served as breakfast, lunch or dinner.

Europe: Providing iron and B12 in plant-based alternatives

One in four consumers globally are looking to cut down on their intake of meat and this trend has been accompanied by an increase in demand for plant-based meats. In 2022, the market was estimated to be worth $5.13 billion and that figure is on track to grow to $6.59 billion by 2025.

And The Vegetarian Butcher is expanding too. Its ability to provide consumers with the flavour and texture of animal proteins in plant-based meat has been well received and it is now available in 55 countries and in more than 40,000 retail outlets worldwide.

But just as with any diet, there are some nutrients that need extra attention in a plant-based diet. For example, the key source of iron and B12 – which keep the body’s blood and nerve cells healthy – is usually red meat.

The Vegetarian Butcher’s R&D team have looked to fortification to help with that.

“Our ambition is to have 15% of the daily recommendation for iron and B12 in each serving of our plant-based meats,” says Tim Warren, Head of R&D for The Vegetarian Butcher. “Fortification is an easy way to provide our consumers with good nutrition, without sacrificing taste, through plant-based meats that have less impact on the planet.”

India is the fastest and largest growing economy in the world. And yet malnutrition, obesity and high levels of micronutrient deficiency are prevalent among rich and poor alike. Nine out of ten children have diets that are deficient in micronutrients, with estimates suggesting that nutritional deficiencies are costing the country up to 2.5% of its GDP.

In 2018, the Indian government launched its National Nutrition Mission to improve nutritional outcomes for children, pregnant women and breastfeeding mothers.

As a much-loved household staple in many South Asian households, Horlicks is playing its part. Classic Malt Horlicks contains 23 vital nutrients such as proteins, zinc, vitamin C and vitamin D, along with other immunity-supporting nutrients like selenium, folic acid, iron, vitamin B12 and vitamin B6.

“Balanced nutrition is important, especially during the formative years,” says Krishnan Sundaram, Vice President, Nutrition Category, Hindustan Unilever (HUL). “HUL partners with the Maharashtra government where it aims to demonstrate the impact of nutrient supplementation on the growth and development of children. It will provide children with a cup of specially formulated Horlicks every day for three months, strengthening our focus on nourishing a billion lives.”

Ethiopia: Using a stock cube to give a nutrition boost to a popular stew

In Ethiopia, the population lives on a largely cereal-based diet. Meat, fresh fruit and vegetable consumption is low, and as a result one in two Ethiopians does not consume enough zinc.

To address this, Knorr recently relaunched its stock cubes fortified not only with iodine but also with zinc.

One of the staple dishes in Ethiopia is a chickpea stew called shiro wat. When a fortified stock cube is used to make the stew, it has the potential to supply 28% of the daily recommendation for zinc.

“Global inflation and the uncertainty of harvests because of the war mean families are looking for easy-access affordable ways to boost their nutrition,” says Brand Manager Solomon Nigusu. “Increasing a family’s intake of micronutrients simply by adding a fortified stock cube in a mealtime staple can have a significant impact,” he adds.

Annie Heremans, Unilever’s Vice President of Nutrition, on how we’re improving the nutritional profile of our brands, why it’s up to businesses to take the lead, and why it matters so much to her personally.