London, 21 May – One of the biggest names in haircare, TRESemmé, has become the latest Unilever brand to be approved by People for the Ethical Treatment of Animals (PETA). Listed as ‘not tested on animals’, TRESemmé is the 24th beauty and personal care brand in Unilever’s portfolio to join PETA’s Beauty Without Bunnies list. 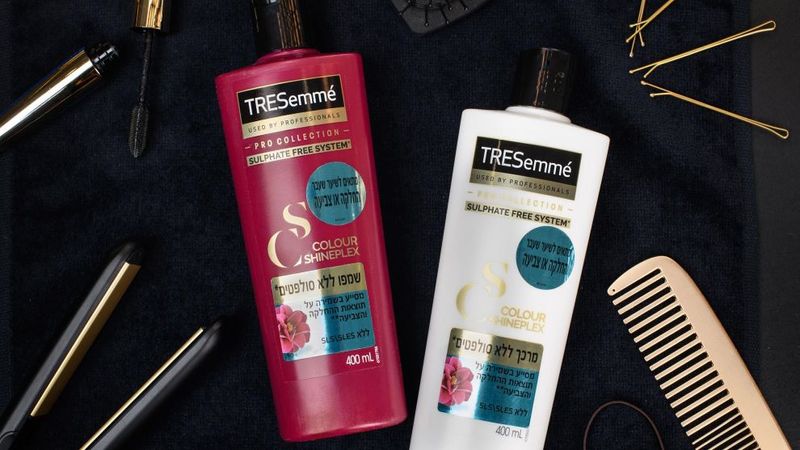 Available in 65 countries, TRESemmé has enacted a policy prohibiting any animal tests for its products, anywhere in the world.

Bérengère Loubatier, Global Brand Vice President at TRESemmé said: “Not testing any of our products on animals is critical to our values at TRESemmé. PETA’s Beauty Without Bunnies Program is recognised worldwide for its high-quality standards and rigour, and we are proud to be a brand that is officially PETA Approved. With TRESemmé’s range of professional quality products, women can own their personal style while knowing that none of our products are tested on animals.”

In March, Unilever launched its Positive Beauty vision, which aims to do more good, not just less harm, for people and the planet. As part of its commitments, Unilever stepped up its support for calls for a global ban on animal testing for cosmetics by 2023. In recognition of Unilever’s ongoing work to develop alternatives to animal testing and promote their adoption worldwide, PETA lists Unilever as a ‘company working for regulatory change’.

Kathy Guillermo, PETA’s Senior Vice President, Laboratory Investigations Department said: “PETA Global Beauty Without Bunnies Program welcomes Unilever’s iconic professional haircare brand, TRESemmé to our list of companies that have banned all tests on animals. Compassionate shoppers everywhere can now look to TRESemmé for professional quality hair products that are not animal-tested. We agree that every woman should look and feel fabulous – and by using animal test-free products, we can all feel beautiful from the inside out.”

Last month, Unilever and the first of its brands to be PETA-Approved in 2018 – Dove – supported Humane Society International (HSI)’s Save Ralph campaign, which is raising awareness of and calling for regulatory change in countries where animal testing is still required. Unilever joined HSI’s #BeCrueltyFree initiative in 2018 and formed a multi-year, open collaboration with the animal protection organisation to develop capability across companies and regulatory authorities so safety decisions for cosmetics are based on non-animal approaches; and to build capability for the long-term by investing in the training of future safety scientists in non-animal ‘next generation’ risk assessments.

Julia Fentem, Head of Unilever’s Safety & Environmental Assurance Centre, said, “The acceptance of alternatives to animal testing by regulatory authorities remains the final barrier to ending animal testing for cosmetics. We’re seeing great progress – China has just made another important step forward by ending mandatory animal testing for most cosmetics products – but we’re now facing a challenge to Europe’s longstanding ban following requests for new animal testing from the European Chemicals Agency (ECHA). We say use science, not animals, and TRESemmé joins a long list of PETA-Approved brands that now need to see the ban protected.”

In 2013 the full EU Cosmetics Regulation bans on animal testing came into effect, stating ingredients cannot be used in cosmetic products if they have been tested on animals anywhere in the world. This regulation is seen as the gold standard, and led to similar bans in other countries. However, ECHA is calling for testing on ingredients that have been used safely for years – even for substances that are solely for use in cosmetics. Last year, Unilever joined forces with animal protection organisations and more than 450 other cruelty-free brands to co-sign an open letter calling for the EU cosmetics animal testing ban to be upheld, with no new animal tests allowed.

The ‘PETA-Approved’ logo will appear on TRESemmé’s packaging from January 2022, assuring shoppers that it does not and will not test on animals anywhere in the world.