Unilever steps up plant-based protein innovation in partnership with 'ENOUGH'

London - Unilever has announced that it will partner with food-tech company ENOUGH (formerly 3F BIO) to bring new plant-based meat products to market. 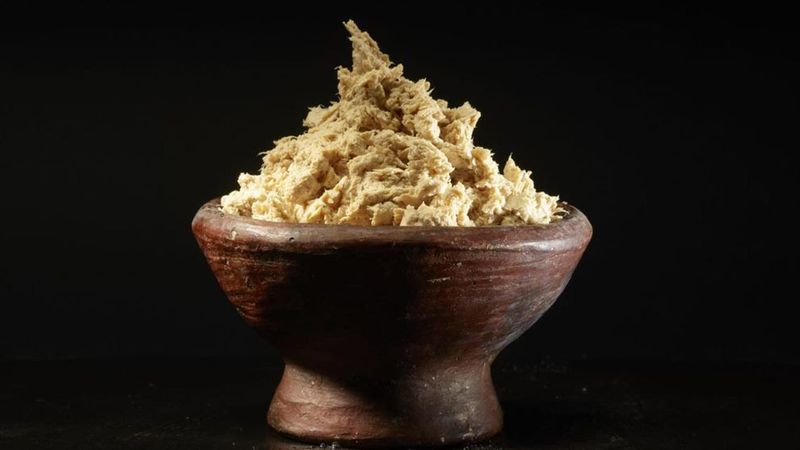 ENOUGH’s technology uses a unique zero-waste fermentation process to grow a high-quality protein. Natural fungi are fed with renewable feedstock, such as wheat and corn. This produces ABUNDA® mycoprotein, a complete food ingredient containing all essential amino acids as well as being high in dietary fibre. The global meat-free sector is experiencing explosive growth as people around the world become more conscious of the impact of animal products on their health and the planet. Recent estimates suggest the global meat-free sector will hit US$290 billion in 20351.

The game-changing protein is a natural fit for Unilever’s fast-growing meat-alternative brand, The Vegetarian Butcher, which grew over 70% in 2020. With a broad range of delicious products for meat lovers, flexitarians, vegetarians and vegans alike, the brand is on a mission to become the largest butcher in the world by inspiring a plant-based food revolution.

Powered by cutting-edge innovation, The Vegetarian Butcher uses a diverse blend of plant-based proteins to create meat-like tastes and textures for its wide-ranging portfolio, which is now available in fast-growing markets in 45 countries across four continents. The Vegetarian Butcher’s recently launched vegan Raw Burger delivers the taste and juicy tenderness of a beef burger cooked rare, while its partnership with Burger King has brought products like the Plant-Based Whopper, Plant-Based Nuggets and Vegan Royale to meat-lovers in more than 35 countries around the world.

Delicious, nutritious, and a force for good

Carla Hilhorst, EVP of R&D for Foods & Refreshment at Unilever, said: “Plant-based foods is one of Unilever’s fastest growing segments and we’re delighted to partner with ENOUGH to develop more sustainable protein products that are delicious, nutritious, and a force for good. We’re excited by the potential that this technology has for future innovations across our portfolio, and we can’t wait to launch more plant-based foods that help people cut down on meat, without compromising on taste.”

Andrew Beasley, Commercial Director of ENOUGH said “Producing vast quantities of healthy and sustainable protein is one of the most urgent global priorities. There’s a rapid transition in the food industry and we are excited with this collaboration with Unilever and The Vegetarian Butcher, which truly supports our aim to create impact and scale.”

Plant-based innovations like these will support the delivery of Unilever’s strategic focus on developing the portfolio into high-growth spaces, and contribute towards its annual global sales target of €1 billion from plant-based meat and dairy alternatives by 2025-2027. The target forms part of Unilever’s ‘Future Foods’ ambition, launched globally with two key objectives: to help people transition towards healthier diets and to help reduce the environmental impact of the global food chain.

Recent research2 suggests that Europe and North America will reach “peak meat” by 2025, at which point consumption of conventional meat starts to fall. The global meat-free sector is expected to hit US$290 billion in 2035, by which point there will be “realistic alternatives” for nine out of ten of the world’s favourite dishes.

Unilever has been expanding its plant-based meat and dairy alternatives business for several years. Since acquiring The Vegetarian Butcher in 2018, Unilever has expanded the plant-based meat brand into more than 45 countries. The Vegetarian Butcher was chosen as the supplier of Burger King’s Plant-Based Whopper across Europe, China, Latin America, the Caribbean, the Middle East and Africa, Burger King’s Plant-Based Nuggets across Europe, and the newly-launched Vegan Royale in the UK and Netherlands.

In Ice Cream, its first vegan Magnum was awarded Best Vegan Ice Cream in the UK by PETA in 2019. Both Hellmann’s Vegan Mayo and Ben & Jerry’s Coconutterly Caramel’d Dairy-free were named as one of Nielsen’s top 25 Breakthrough Innovations in Europe for 2020.

In 2019, Unilever made an €85million investment in ‘The Hive’, a foods innovation centre at Wageningen University in the Netherlands to support research into plant-based ingredients and meat alternatives, efficient crops, sustainable food packaging and nutritious food.

Unilever has also partnered with biotech company Algenuity to explore the use of microalgae, another highly-nutritious and sustainable protein powerhouse, into a wealth of products such as mayonnaise, soups, sauces and meat alternatives.

ENOUGH (formerly 3F BIO) is a food-tech company with technology to grow the most sustainable source of food protein. ENOUGH are pioneering high scale sustainable protein production, to tackle the combined issues of feeding a growing global population and the unsustainable impact of traditional protein farming.

ENOUGH grows non animal protein by fermenting fungi using renewable feedstocks to grow the most sustainable source of food protein. This produces ABUNDA® mycoprotein, a complete food ingredient containing all essential amino acids as well as being high in dietary fibre. It is versatile and can be made into alternative/vegan meat, seafood and dairy products. The company will supply ABUNDA as a B2B (business to business) food ingredient to consumer brands and retailers, addressing the need for high scale supply of healthy and sustainable protein to address a rapidly growing market.

The Company has a team of 24, spanning 12 nationalities, located in Scotland, England and the Netherlands, and will double in size in the next year. It is building a first of its kind mycoprotein factory (50,000 tonnes capacity) which will initially grow 10,000 tonnes per annum and which targets production of over a million tonnes cumulatively within 10 years of its launch in 2022.