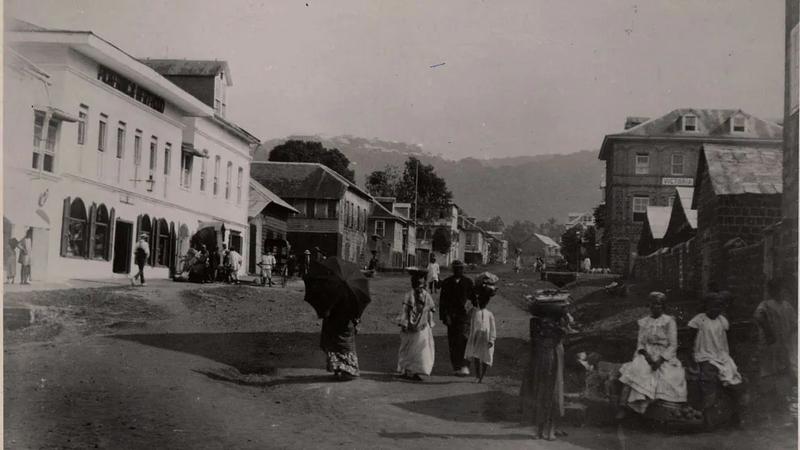 As we move into the 1950s, the development of new mass markets for consumer goods - including Africa and Asia - provide opportunities for expansion. Unilever's United Africa Company continues to grow, producing goods for sale in the newly independent African states, which helps create new local manufacturing industries. Post-war prosperity in Europe, spurred by the start of the European Community, leads to a consumer boom and rising standards of living.

1950 - Unilever increases its focus in science in technology and nutrition 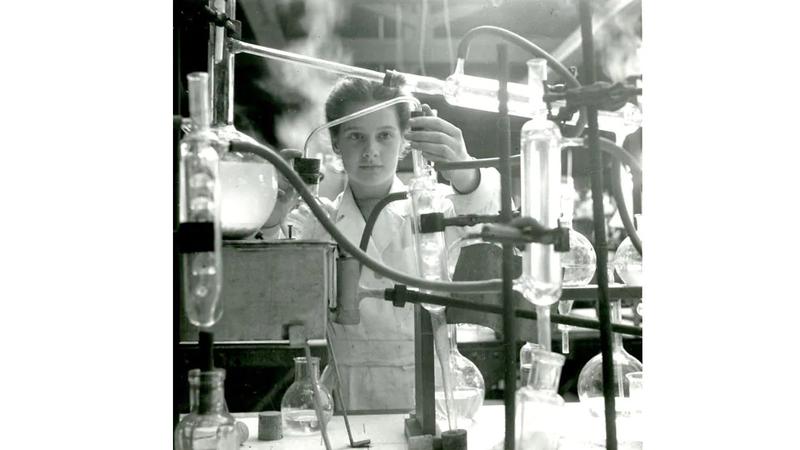 As new scientific advances come thick and fast, Unilever establishes Port Sunlight Research, a research division with responsibility for both UK and Dutch laboratories. From this, a nutrition research group launches in the Netherlands which later becomes the Unilever Food & Health Research Institute - a centre of excellence in nutrition. 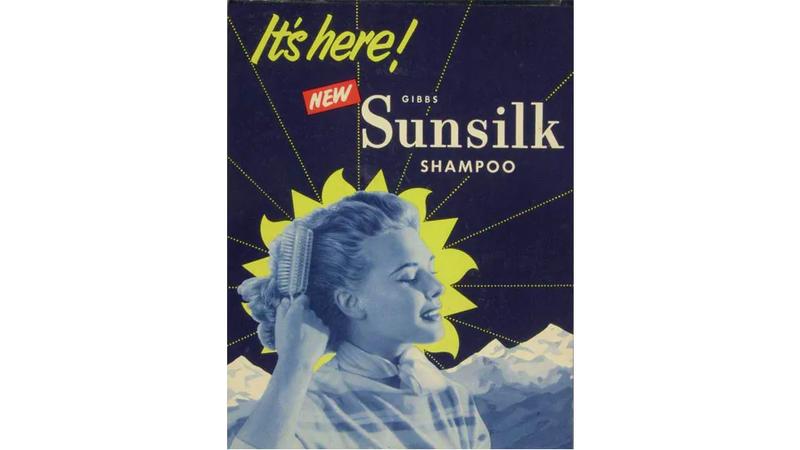 In 1954, Sunsilk shampoo is launched in the UK and will become a leading shampoo brand - by 1959 it is available in 18 countries worldwide. In 2005, the brand's reach has stretched to 40 countries. Seda and Sedal, in Brazil and Mexico, are also part of the Sunsilk brand. 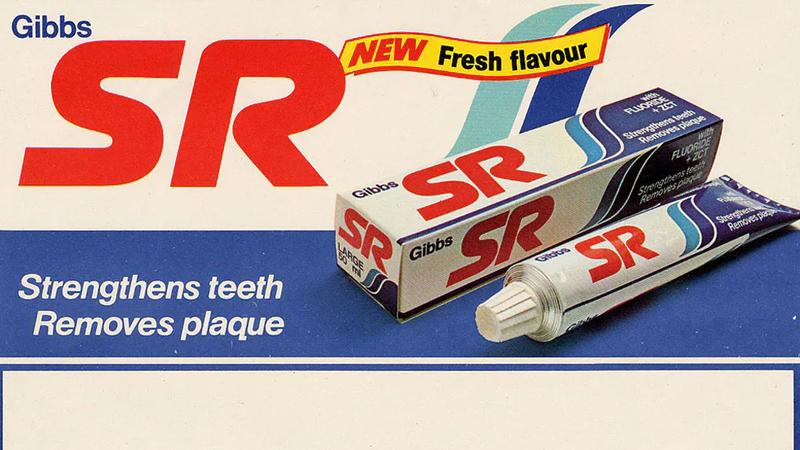 On the 22 September Unilever airs the very first advertisement on UK commercial TV, for Gibbs SR toothpaste. The initials 'SR' are short for sodium ricinoleate, an ingredient effective in the treatment of gum infections. It is promoted by the company as 'an entirely new and revolutionary product'. 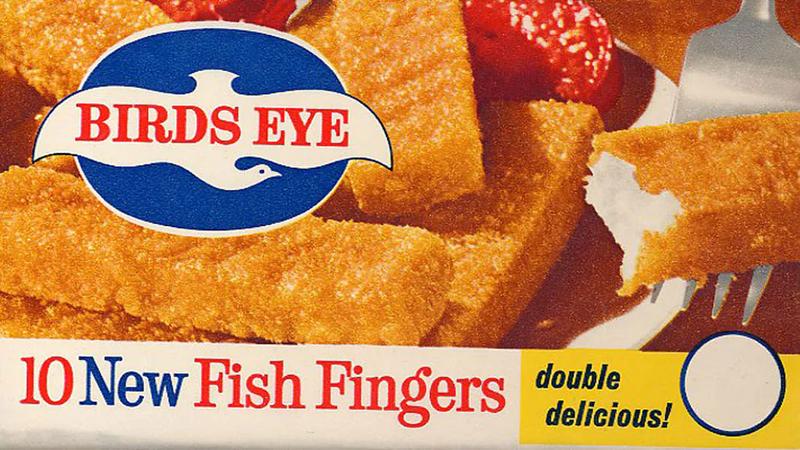 Fish fingers are introduced in the UK and within a decade they account for 10% of British fish consumption. During the 1950s new types of food - most famously the fish finger - are developed as a direct response to the need for nutritious food that makes use of ingredients available in the wake of post-war rationing. 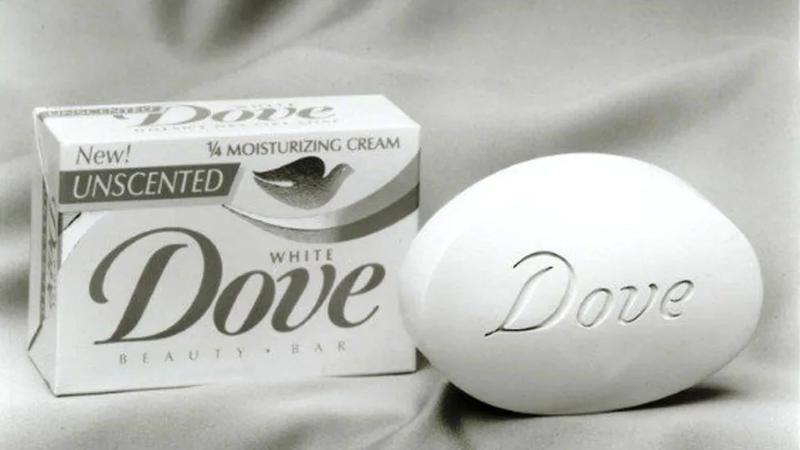 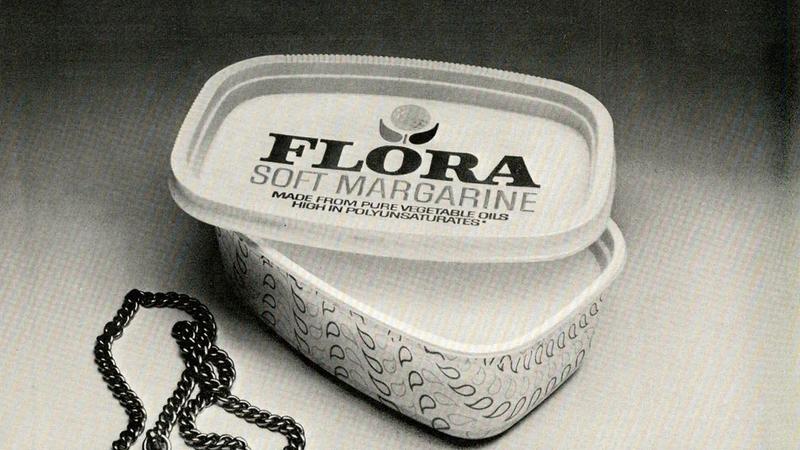 Unilever launches its first margarine in a tub, replacing the traditional block wrapped in greaseproof paper, with Blue Band in Germany, followed by Flora in Britain. 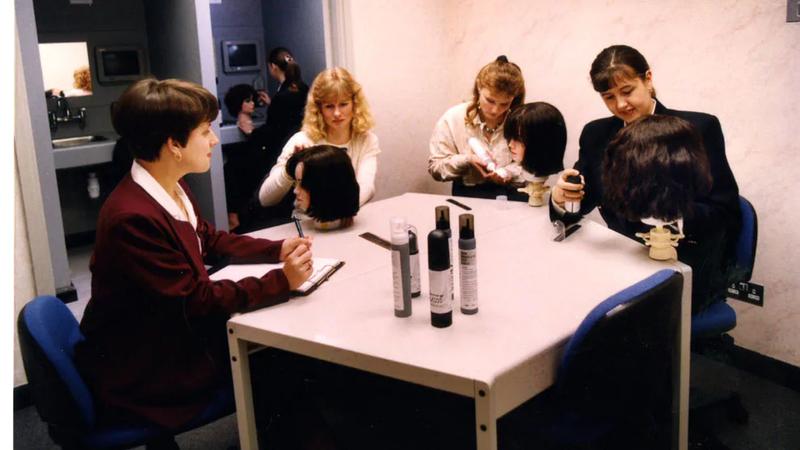 The 1960s brings optimism and new ideas as the world economy expands and standards of living continue to rise. As a result, Unilever expands and diversifies through innovation and acquisition, setting up advertising agencies, market research companies and packaging businesses. By the mid-60s, a restructure increases opportunities to grow brands internationally. 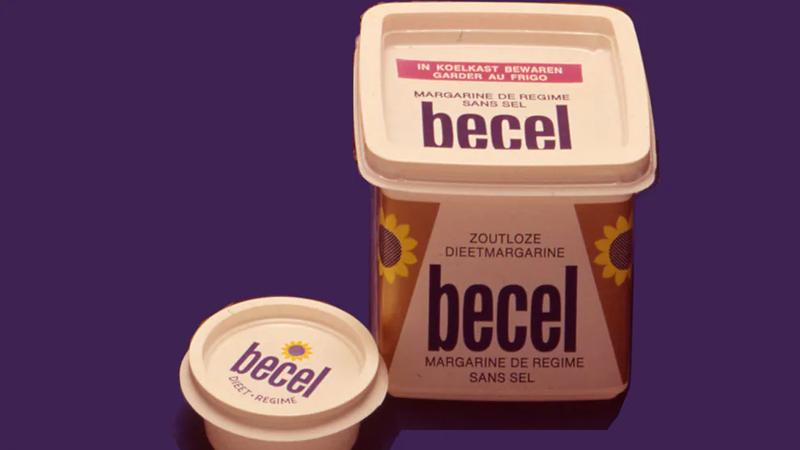 Becel, the pioneering 'health' margarine, is launched after the medical community asks Unilever to develop a cholesterol-lowering food product. Initially, it's only available from pharmacies.

1965 - With interest in packaging growing, Unilever forms the 4P group

Unilever forms its own specialist packaging business, the 4P Group, turning an internal service provider into a profit-earning business. It is in effect a co-ordination of Unilever's interest in packaging, printing, plastics and paper, based in Germany. 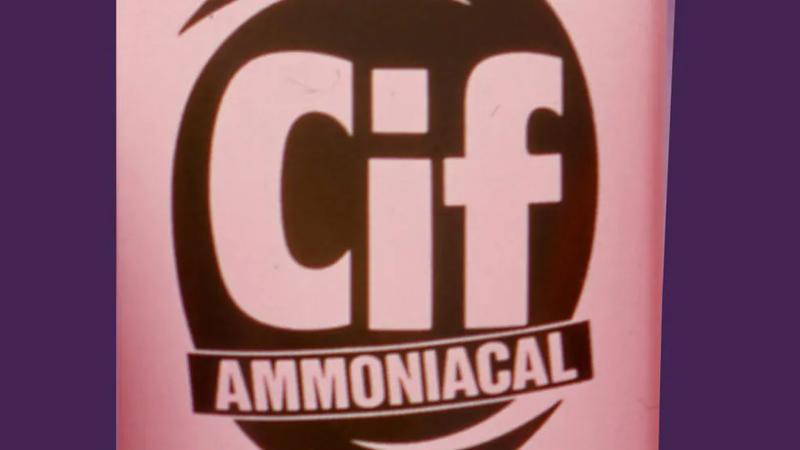 Cif - a scouring cream capable of cleaning modern household surfaces such as stainless steel and enamel without scratching - launches in France. The product is later launched as Jif in the UK, with production out of Port Sunlight, and made available in Europe.

1967 - The Unilever U becomes the corporate logo 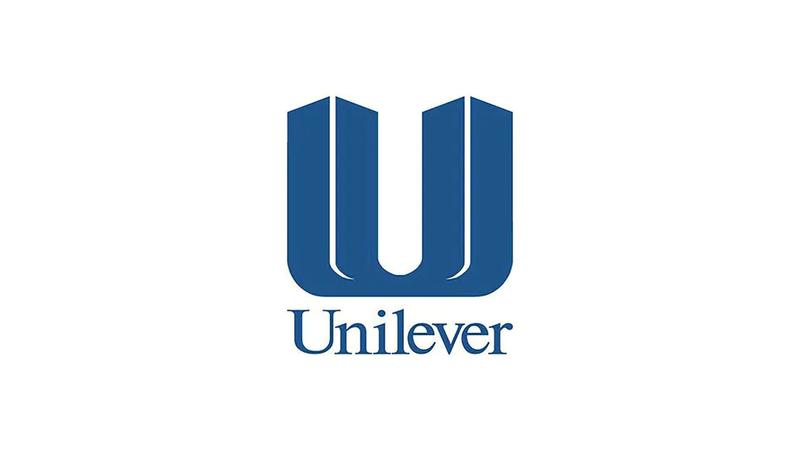 Late to the idea of corporate styling, Unilever establishes the Unilever U as our corporate logo in 1967. It seeks to reflect Unilever's durability and internationally minded and dynamic character. Its solid twin pillars on a common base suggest the idea of the two united parts of the business, Ltd and NV, and the two Us superimposed on one another symbolise the 1930 union. To those unfamiliar with the company structure and its history, it makes sense as the first letter of the company name. 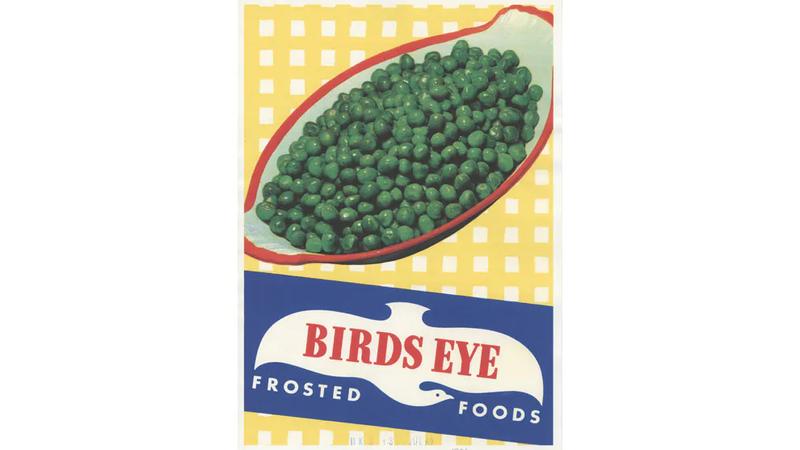 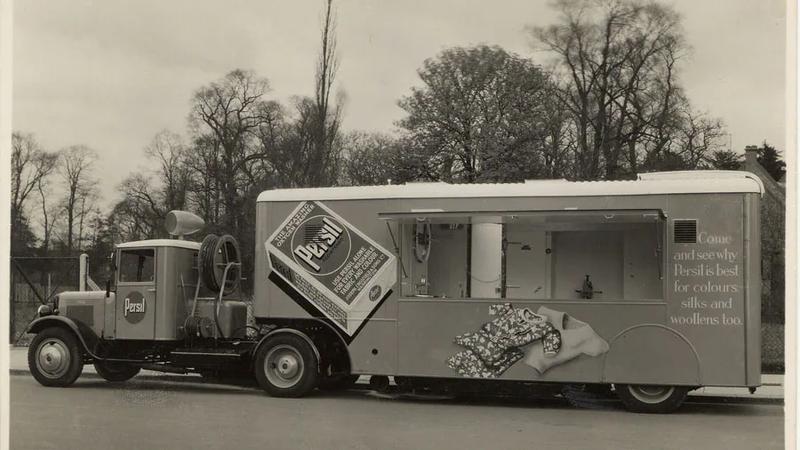 During the 1970s, hard economic conditions - including high inflation in the wake of the 1973 oil crisis - lead to flat sales. The growth of large retailers including supermarkets starts a shift in negotiating power away from manufacturers. So Unilever continues to build consumer goods businesses in other sectors such as transport and packaging and has a major thrust into North America. Fortunately, the subsidiary United Africa Company yields large profits in oil-booming Nigeria, helping balance out the costs of businesses in Europe and the US. 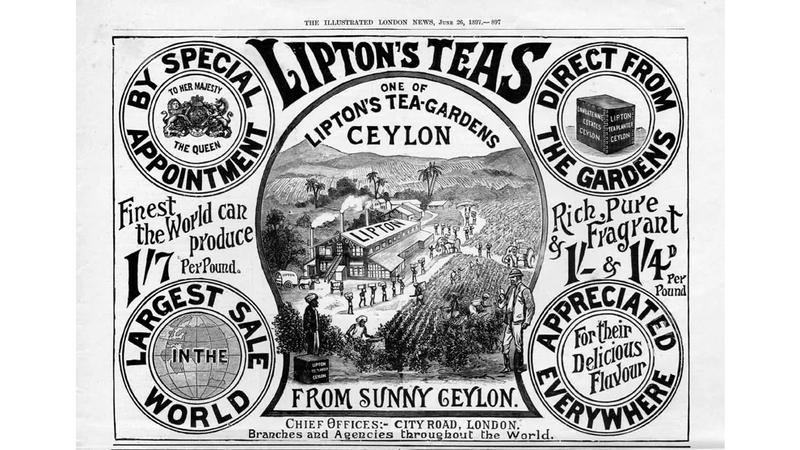 Lipton International is acquired in 1971 and Unilever's tea business becomes one of the largest in the world. Founder Sir Thomas J. Lipton bought his first tea estates in Ceylon (now known as Sri Lanka) in 1890, in order to help source and sell his own tea. He arranged the packaging and delivery of tea directly to his Lipton markets to keep costs low. 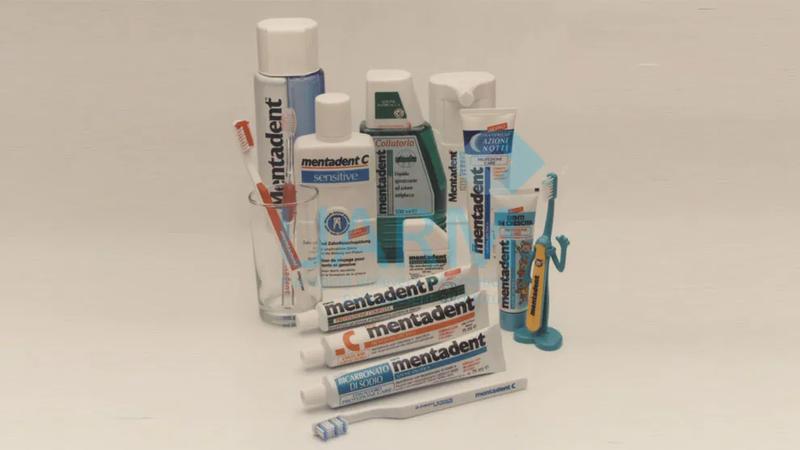 Mentadent is launched in Austria as a revolutionary gum health brand. It continues to be a leading dental care product in Austria and across the world. 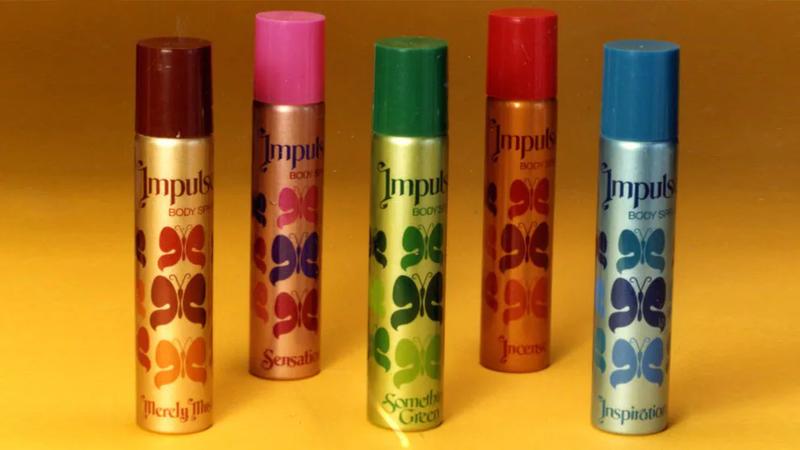 Impulse is launched in South Africa in 1972, where it holds a third of the perfume deodorant market by 1979. By 1985 it is sold in 30 countries. A combination of a deodorant and a perfume, it is aimed at young consumers looking for an inexpensive and popular fragrance. 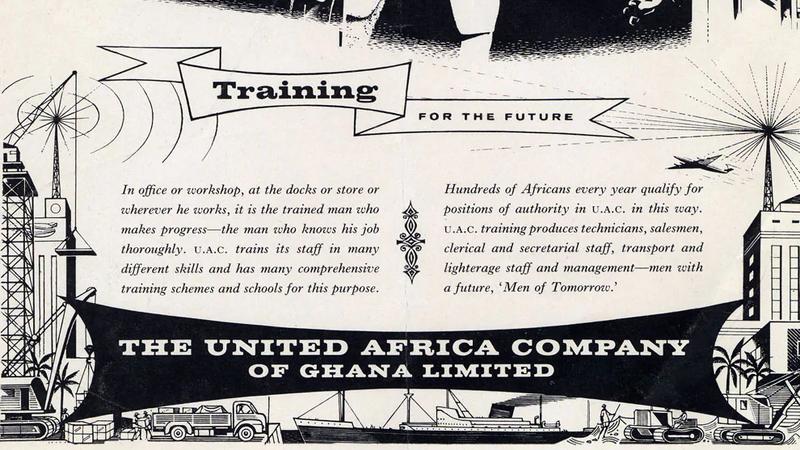 Unilever's subsidiary, the United Africa Company, becomes UAC International, having expanded since its inception in the 1920s to trade in 43 countries. 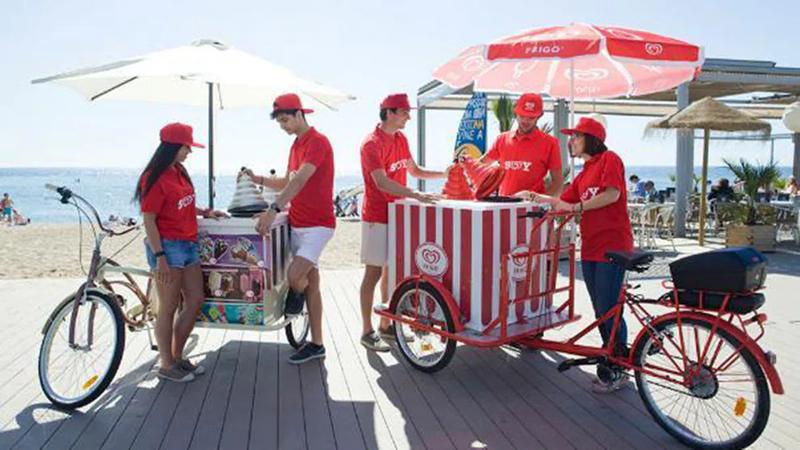 Frigo ice cream is acquired in Spain. This becomes part of the Unilever Heartbrand unveiled in 2003. The Heartbrand operates under different names in different markets (Wall's in the UK and in most of Asia, Algida in Italy, Langnese in Germany and Ola in the Netherlands). 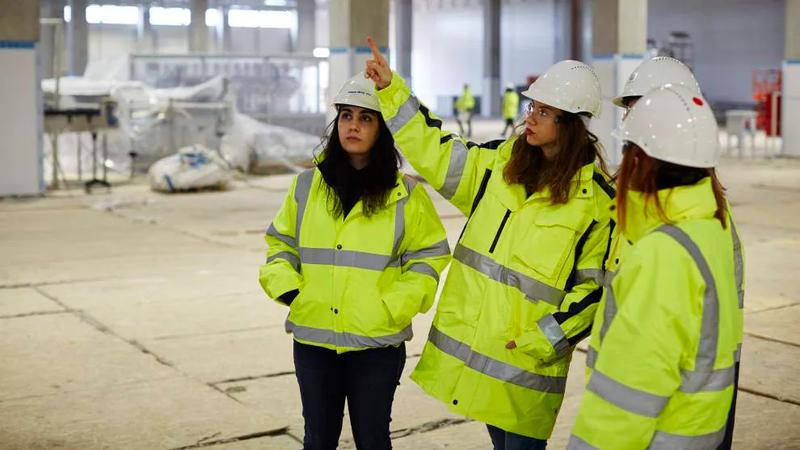 By 1977, across the nine members of the European Economic Community, Unilever employs nearly 177,000 people in 200 offices and factories, investing in fixed assets at a rate of about UK £30 million a year and spending about UK £1 billion on supplies.

1978 - Unilever acquires National Starch and increases presence in the US 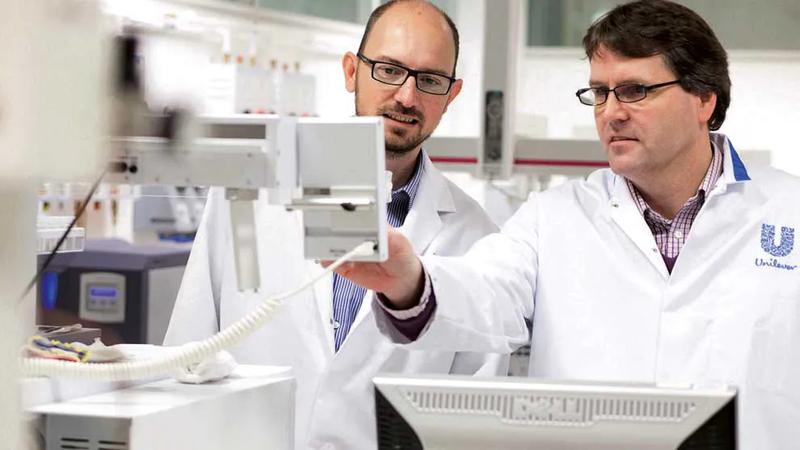 Signalling intentions to increase its presence in the US, Unilever acquires National Starch, a leading producer of adhesives, starch and speciality organic chemicals. It's the largest acquisition by a European company in the US at this time.