Food tech firm ENOUGH’s plant-based mycoprotein ABUNDA is made from fungi using a zero-waste process. It’s sustainable, highly nutritious and has a meat-like texture, making it a natural fit with The Vegetarian Butcher and future innovations across its plant-based portfolio.

It’s estimated that by 2050 the number of people living on the planet will hit 10 billion. As the world’s population increases, the demand for protein also grows. And therein lies the dilemma. Animals are not just a key source of protein: according to the UN Climate and Clean Air Coalition report human-caused methane emissions from agriculture now stand at 42%.

As one of the largest food manufacturers in the world, we have a responsibility to help shape a global food system that’s good for people and the planet. As part of Unilever’s Future Foods commitments, we aim to help people transition towards healthier diets and reduce the environmental impact of the food chain.

A key part of this involves rebalancing people’s plates from meat-centred to more plant-oriented. And that means finding good sources of plant-based proteins that are not just environmentally sustainable but appeal to consumers beyond those who follow a vegan or vegetarian diet.

Once such protein source is ABUNDA, a mycoprotein developed by food tech firm ENOUGH that uses fungi as its base ingredient.

Nutritionally, it has a lot to offer. It’s a complete protein boasting all nine essential amino acids. It’s also rich in fibre and zinc, low in saturated fat and cholesterol free.

But it’s not just its protein-rich nature that has excited The Vegetarian Butcher who have recently partnered with ENOUGH. It is also ABUNDA’s fibrous, meat-like texture and clean taste that make it ideal for making tasty plant-based foods.

Globally, only one in ten people eat the WHO’s recommended five servings of fruit and vegetables a day. When asked why they don’t put more plant-based meals on their plates, people cite barriers like not liking the taste or not knowing how to prepare them.

“What consumers want is plant-based options that do not compromise on taste and texture,” says Hugo Verkuil, CEO of The Vegetarian Butcher, which is part of the Unilever family. “They want the same experience as they had with animal meat, without feeling any guilt about its impact on their health or on the planet.”

This appetite has seen The Vegetarian Butcher expand its portfolio to more than 30,000 retail outlets in 45 countries. And the market continues to grow at pace. Currently, meat and dairy-free alternatives are growing by 30% and by 2035 demand for non-animal protein is projected to hit 100 million tonnes.

ABUNDA is produced using a simple fermentation process, similar to the way we make yoghurt or beer. The fungi are fed with renewable feedstock such as wheat and corn in a zero-waste manufacturing process that’s so efficient that you get more protein out than is present in the grain you put in.

This means that consumers can enjoy all the protein and ‘meatiness’ of meat from a source that uses 97% less feed, 93% less water and 97% lower CO₂ emissions than beef and has a fraction of its environmental impact.

“Producing vast quantities of healthy and sustainable protein is one of the most urgent global priorities,” says Andrew Beasley, Commercial Director of ENOUGH. “There’s a rapid transition in the food industry and we are excited with this collaboration with Unilever and The Vegetarian Butcher, which truly supports our aim to create impact at scale.”

The addition of a fungi-based protein also further diversifies the ingredients and the crops we can use as sources of protein. And that’s good for the planet and people’s tastebuds.

“There is beauty in blends and ultimately you need to use the combined properties of many ingredients to create the complex taste and textures our products are famous for, while at the same time making sure they are nutritious and sustainable. ABUNDA does all of that and will play an important role in the texture of our future products,” says Carla Hilhorst, EVP, R&D, Foods & Refreshment at Unilever. “We can change how and what people eat, without them feeling that they’re making a sacrifice.”

Could this be the future of plant-powered burgers?

The Vegetarian Butcher’s new raw burger doesn’t just taste like its beef-based counterpart – it looks and cooks like one too. Could this latest meat-hack be a game-changer in feeding the world’s growing appetite for plant-based food? 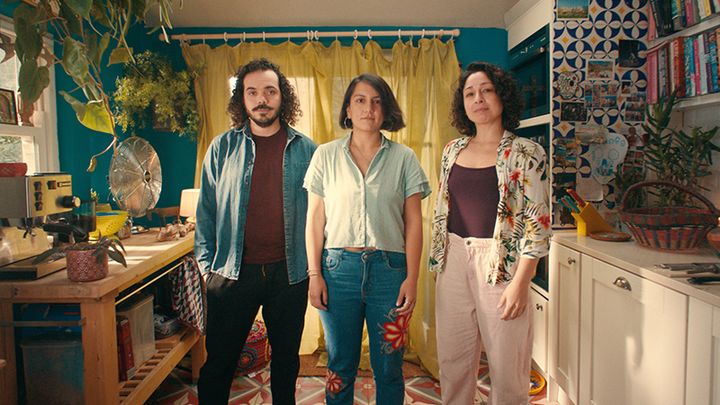 Unleash your appetite for change on Eat for Good Day

Want to change the world? Start by changing the food on your plate. On 19 February, Knorr is launching World Eat for Good Day to inspire everyone to make simple ingredient swaps to shake up meals to increase their nutritional value and reduce their environmental impact.