Could this be the future of plant-powered burgers?

The Vegetarian Butcher’s new raw burger doesn’t just taste like its beef-based counterpart – it looks and cooks like one too. Could this latest meat-hack be a game-changer in feeding the world’s growing appetite for plant-based food?

Everyone loves a burger. Hero of the BBQ, fast food favourite and source of culinary creativity for even the most sophisticated of chefs, the burger is undoubtedly the world’s ultimate fun food.

However, growing awareness of the devastating impact animal agriculture is having on the planet is making the beef burger increasingly feel like a guilty pleasure.

Of course, non-meat versions like the veggie burger have been around for a while. Targeting primarily vegetarians and/or vegans, traditional vegetarian burgers offer a good meat-free alternative but make little attempt to mimic the beef burger taste.

Now, a new generation of plant-based burgers like those made by The Vegetarian Butcher aim to create a like-for-like ‘meat’ experience which will satisfy die-hard carnivores looking to cut back on animal-based meat for health or environmental reasons – ideally without losing out on taste.

Once a minority, these flexitarians are becoming a growing force as consumers. Research in the UK has shown that one in three meat eaters (34%) reduced their meat consumption following a flexitarian approach in 2018, up from 28% in 2017. And with ING forecasting meat and dairy alternatives to be worth €7.5 billion in the EU and UK in 2025, (up from €4.4 billion in 2019), it’s a trend that seems set to grow.

How burgers are easing the transition to plant-based meat

With its universal appeal, the burger format offers an easy foothold for flexitarians looking to explore plant-based foods. This transitional quality is why products such as The Vegetarian Butcher’s new raw burger are so important for Unilever’s Future Foods commitments which, among other targets, aims to hit a €1 billion annual sales target from plant-based meat and dairy alternatives within the next five to seven years.

“As a true butcher, it’s our goal to bring a consistent flow of relevant meat-identical products that are leading edge in taste, structure and nutrition. By offering a wide range, The Vegetarian Butcher shows meat-lovers there is no need to sacrifice anything,” explains Hugo Verkuil, CEO of The Vegetarian Butcher. “As an impact-driven business, sustainability is at our core. We are part of a movement to change the industry for the better – for the planet, the animals and our health.”

Achieving this goal has depended as much on breaking down preconceptions about plant-based foods as it has on creating delicious plant-based products. The message appears to be getting through, with the brand recently ranked No.2 by Dutch consumers in the Sustainable Brand Index™ 2021 – Europe’s largest brand study on sustainability.

The Vegetarian Butcher’s launch of its new flagship product, the vegan raw burger, represents perhaps the brand’s most ambitious, premium meat hack yet – managing to recreate the juicy tenderness of a beef burger cooked rare.

“This product is like nothing we have ever developed before,” says Tim Warren, Head of R&D for The Vegetarian Butcher: “It is the closest we have come to animal meat so far.”

So how is this burger different to The Vegetarian Butcher’s well-established Unbelieveabull burger? First there is the size. Weighing in at 113g, the new raw burger enters the market as a true quarter pounder. But what really makes it innovative is that it cooks like meat as well. “Once the burger is heated on the BBQ or grill, it naturally starts giving off juices just like a meat burger would,” explains Catherine Caro, Technical Project Leader for The Vegetarian Butcher, adding that it took 200 different recipe attempts to successfully achieve this result.

Although taste is the primary driver for The Vegetarian Butcher, the new raw burger also ticks a lot of the right boxes as regards nutrition and environmental impact. It boasts 40% less saturated fat and considerably more iron than beef. Fortified with the extra vitamin B12 and iron, the raw burger packs a significant nutritional punch.

And with 90% less impact on global warming, and using 70% less water in production than UK pasture-fed cattle, it is kinder to the planet than animal meat too.*

“Many meat-lovers were living under the impression that switching to a plant-based diet implies sacrificing taste or pleasure,” says Hugo.

“But as with all food, the proof is in the eating, and our growing number of fans seem to prove that we have sacrificed nothing. Together we can make this revolution happen. The Vegetarian Butcher is ready for it.” 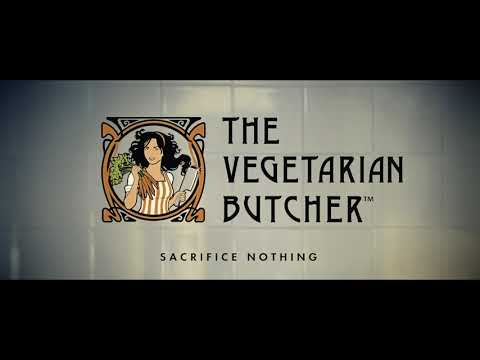 Figures based on results of a life-cycle assessment (LCA) following the ISO 14044 standard, carried out by experts at Unilever’s Safety and Environmental Assurance Centre. As a next step, the study will be externally peer reviewed.