Comfort explodes purpose into pop culture with own TV show

How’s your wardrobe? Everything in its place or bulging at the seams? Whatever its current status, research says most of us only wear one-third of the clothes that are in there, and yet we’re purchasing more clothes than ever before.

We’re not only purchasing more frequently, we’re discarding what we’ve bought faster too. Less than 50% of 16–37-year-olds expect their clothes to last for more than a few years and 57% of all the clothes we discard are ending up in landfill.

Encouraging consumers to rethink their consumption habits by offering simple ideas to help them fall in love with items in their wardrobe was the impetus behind ‘Se Essa Roupa Fosse Minha’ (If these clothes were mine), a TV series created by Unilever Entertainment and Emmy award-winning Brazilian creators Conspiração as a way of bringing Comfort’s brand’s purpose, #LongLiveClothes, to life.

57% of all the clothes we discard end up in landfill.

Kelly Mullen has headed up the Unilever Entertainment team since its launch in 2017. Its aim is to create storytelling experiences for Unilever brands through music, movies, documentary films, podcasts and television. Its remit also includes forging new, innovative financial models for producing and launching the content.

All of the projects are bespoke to the needs of the individual brand and the audience they’re trying to target. “We place emphasis on original IP [intellectual property] because there is intrinsic value created for the brand and real demand for it among consumers. Everything is always purpose led! But product integration is possible as well,” she adds.

This inventive and purpose-led thinking was employed for the 13-part TV series which was co-produced by Comfort Brazil. The show, which first aired in August on GNT network, reaches consumers at the prime time of 19.30 on a Saturday night.

The presenters are all influencers in the sphere of fashion or sustainability. Ana Paula Xongani is a stylist, Giovanna Nader is a sustainable fashion consultant, Marina Franco is a costume designer, and André Carvalhal is a designer specialising in sustainable fashion. 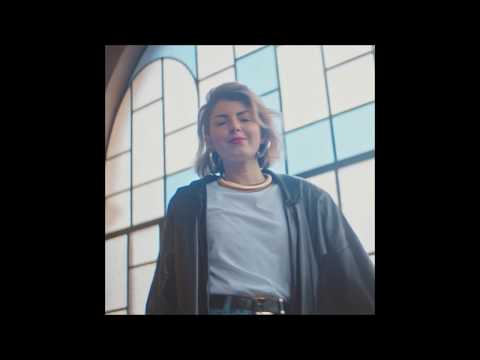 Throughout the series the team provide tips on thrift shop finds, identifying fabrics and offering tips to guests and viewers on how to personalise the clothes they already have.

Six of the 13 shows also feature the ‘Lavou ta Novo’ concept, which translates as ‘as Clean as New’, explains Carolina Hawat who works with Fabric Sensations Brazil.

“In this part of the programme we show the piece of clothing the presenters chose to work with being washed with Comfort products,” says Carolina.

“Its aim is to reinforce Comfort’s new brand positioning #VidaLongaÀsRoupas (#LongLiveClothes) that clothes can have a longer life if they are treated with the right products.”

Incentive laws in Brazil helped fund the production of the show and Unilever Entertainment secured co-funding from the network GNT (based purely on the show’s editorial merit). This left a much smaller share to be covered by Comfort (only about one-third of total budget) despite the entire project being custom built around both the brand’s purpose and brand integration.

The nature of the partnership was so innovative that the deal itself garnered a fair amount of earned media in Brazil, including the cover of Brazil’s leading magazine for the advertising industry, Meio & Mensagem.

Beyond product to purpose

Public reaction to the series has been positive, including an earned piece in Vogue Brasil. “There has been a lot of spontaneous media from it,” says Carolina. “Influencers from the fashion/sustainable industry are organically posting about it (including people from the presenters’ personal networks) and even media channels have been covering the unique way in which the show was produced.”

All of which has been positive for the brand and its positioning.

“Our products are no longer just about the perfume,” explains Mariana Gonçalo, Comfort Brand Manager. “They treat every fibre of the fabric in the same way a conditioner treats the hair.”

“This not only gives a long life to clothes but also allows us talk to our consumers about the clothes they love, the importance of conscious consumption and its positive impact on the environment,” she says. “Preserving clothes, ensuring they continue to be beautiful, means they can tell new stories in the lives of different people.”

Exploding our brands into pop culture

In addition to creating the Brazilian series, Unilever Entertainment is driving many other purpose-led content projects for Unilever brands, including a documentary on fatherhood for Dove Men+Care produced by Ron Howard and directed by his daughter Bryce Dallas Howard.

Entitled simply ‘Dads’, the film’s worldwide distribution rights were recently snapped up by tech giant Apple ahead of its 6 September premiere at the Toronto Film Festival.

And it doesn’t stop there. Plans are also afoot for a Bollywood blockbuster with a key brand in Unilever Hindustan. “To put it simply, our aim is to explode our brands into pop culture,” says Kelly.

But these projects are not just about exploring what’s new. They are about following our consumers to places where they’re already consuming media.

“Interruptive advertising is not as impactful or culturally relevant as it once was,” Kelly adds. “Especially considering the fragmented media landscape, cord-cutters [viewers who don’t pay for subscription television channels but instead watch shows via a combination of broadband internet and IPTV], and the rise of subscription OTT [over the top platforms which offer media services directly over the internet].

“We communicate brand purpose through content that is truly seek-out,” says Kelly. “It ‘sells’ because it is creatively desirable to consumers, who might even pay for it.”

Eric Smeding is leading a home-grown Unilever start-up which wants to change how people use detergent. His dosage device may see consumers using less of what we sell – but in a more sustainable way. He shares what he’s learnt about taking a disruptor product to market.

As part of our efforts to make all our plastic packaging reusable, recyclable or compostable by 2025, we’re working on ways that shoppers can buy one container and refill it over and over again.

Unilever has launched its first home care range inspired by beauty – with more than 30 new products hitting stores across the US.