We now use 100% renewable electricity across five continents

We have been working towards 100% renewable electricity as a global goal for 2020, but have achieved five continents ahead of time.

As far as possible, our transition to renewable electricity has been delivered through supporting the development of local renewable energy markets, with 38% of our grid electricity supplied through a combination of corporate Power Purchase Agreements (PPAs) and green electricity tariffs.

Where this has not been feasible, we have purchased Renewable Electricity Certificates (RECs). A REC is an openly traded certificate which states that one party has generated renewable electricity and then sold it to another party, who 'retires' the REC to show they’ve used it.

This announcement comes at an opportune moment. On 23 September, we’ll be taking to the stage at the opening ceremony of Climate Week NYC and participating in the UN Secretary General’s Climate Action Summit. Here we’ll join leaders from government and business in advocating for the importance of limiting global average temperature rise to 1.5°C – in line with the Paris Agreement.

Reaching 100% renewable electricity across five continents is a significant step towards our target to become a carbon neutral company before 2030.

As part of our efforts to reach that goal, we have been working with partners around the world to generate renewable electricity at our own sites, with solar power currently in use at Unilever facilities in 18 countries. In fact, we now have 16 manufacturing sites that are completely carbon neutral in their energy use.

Marc Engel, Chief Supply Chain Officer at Unilever, says: “The climate emergency is one of the most urgent challenges we’re all facing. Our teams have worked hard to secure renewable energy contracts for our sites across five continents, accelerating the delivery of our 100% renewable energy targets.

“Of course, there is more work to do. But we hope that today’s announcement will inspire further action elsewhere and help prove that it is possible to combat the climate crisis and hold global warming at 1.5° Celsius. Renewable is doable.”

A big contributor to today’s announcement is our investment in energy efficiency programmes – which have led to a reduction in total energy consumption of 28% – and to the halving of carbon emissions per tonne of production since 2008. This has also helped to achieve over €600 million in cumulative cost avoidance.

Of course, there is more work to do, but we hope that today’s announcement will inspire further action elsewhere and help to prove that it is possible to combat the climate crisis.

“We applaud Unilever for reaching the important milestone of achieving 100% renewable electricity across five continents,” says Mindy Lubber, CEO and President of sustainability non-profit Ceres. “This is the kind of corporate leadership that we need - and at scale - in order to have any shot at avoiding the worst impacts of climate change.

“Climate scientists have warned that we must act more boldly and more quickly and with the necessary ambition to limit average global temperature rise to no more than 1.5°C. With today's announcement, Unilever is sending an important signal to the rest of the business community that it is serious about doing its part to tackle this global crisis."

Carbon pricing as a way of boosting investment

One way we are boosting investment in renewable energy is through internal carbon pricing. We put a price of €40 on each tonne of carbon emissions and use the proceeds to reinvest into projects that can cut climate impacts. Since we set this up in June 2016, the ‘tax’ has raised over €120 million for us to spend on renewable energy at our manufacturing sites.

Carbon pricing is a fundamental part of tackling climate change. Factoring in a cost to investment decisions helps identify climate-related risks and opportunities. It prepares for a time when government levies are the norm. It encourages innovation and a shift to low- or zero-carbon alternatives. And it helps build resilience into supply chains.

Outside our own operations, we participate in a number of alliances and initiatives that aim to progress wider industry efforts on climate action.

For instance, we support the Business Ambition for 1.5°C campaign #OurOnlyFuture – launched ahead of this month’s Climate Action Summit – which calls on businesses to set science-based targets in line with the Paris Agreement. In fact, we were recently recognised by the United Nations Global Compact for being one of first businesses to commit to such targets.

We are a member of the RE100 global campaign, a collaborative initiative bringing together more than 190 of the world’s most influential businesses committed to 100% renewable power. As RE100 members operate across a diverse range of sectors, together they send a powerful signal to policymakers and investors to accelerate the transition to a clean economy.

Sam Kimmins, Head of RE100 at the Climate Group, says: “Though membership of RE100, global companies like Unilever are sending a strong demand signal to the few markets where renewables remain harder to access. They want to be able to source renewable electricity locally at an affordable price – and they want to do that now.”

We have also worked with the World Business Council for Sustainable Development to share best practice in the development of Power Purchase Agreements.

Both photos in this article were taken by Unilever employees. Wind turbines by Yakov Ermiyaev, Russia. Solar panels by Apoorva Singh, India. 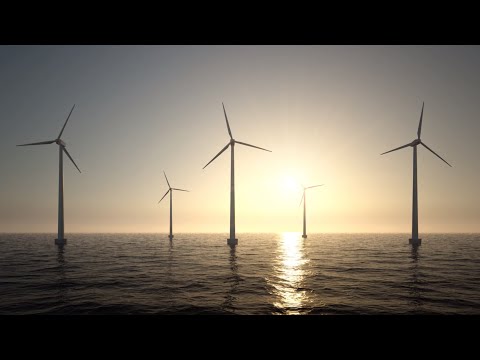 Andrea Rickert-Pulvermann is part of the team that’s shifting all our operations over to renewable energy. Here she explains why this is so important for our business, for the planet and for herself.