Working with the UN to help women, children and refugees

As the UN General Assembly goes virtual for the first time in its 75-year history, we look at some of the successes we have achieved through our partnerships with UNICEF, UN Women and UNHCR.

For the first time in the 75-year history of the United Nations, global leaders will not be gathering this week in New York to discuss the world’s most pressing problems.

Opening speeches from 193 heads of state and government were pre-recorded. And pretty much all the events and sessions have been shifted online.

But while Covid-19 has caused this unprecedented change, it has also presented a huge opportunity. For leaders to unite around a single challenge, build the momentum necessary to tackle its effects and chart a clear path forward for closer co-operation.

As our Chief Sustainability Officer Rebecca Marmot points out: “If the past few months have taught us anything, it’s the power of collective action.”

Unilever first started working with the UN around 2006 and, since then, our partnership has continued to evolve and strengthen. Here are a few examples of how our work with some of the UN agencies is helping further our ambition to make sustainable living commonplace.

The United Nations Children's Fund (UNICEF) works in over 190 countries and territories to save children’s lives, defend their rights and help them fulfil their potential. This mission dovetails with many aspects of our ambition to make sustainable living commonplace, and so our partnership with UNICEF is wide-ranging.

For instance, since 2012, Domestos has been working alongside UNICEF to help millions of families who don’t have a clean and safe toilet. As part of our Sustainable Living Plan, the brand aimed to help 25 million people gain improved access to a toilet by 2020. Together we have now exceeded that target, reaching 28 million people. And the work continues.

Building on this, we’re also partnering to improve hygiene and sanitation in schools. Through our Lifebuoy and Domestos brands, we’re working with UNICEF and the government of India to improve the utilisation and maintenance of 150,000 toilet facilities across 14 states. This will ultimately benefit almost 9 million children.

In 2019, Dove launched a three-year partnership with UNICEF to help 10 million young people gain self-esteem and body confidence through its Self-Esteem Project. UNICEF will implement new education modules as part of its wider adolescent life skills programmes in Brazil, India and Indonesia. With Dove making a new commitment this year – to reach 250 million young people by 2030 – the UNICEF partnership is more important than ever.

Empowering women and girls is the single most effective catalyst to unlock progress in human development and economic growth. As part of our commitment to the Sustainable Development Goals (SDGs), we are working to empower 5 million women in our value chain. We have reached over 2.3 million so far. That progress has, in part, been achieved thanks to our partnership with UN Women.

The most significant initiative we have worked on together is probably A Global Women’s Safety Framework in Rural Spaces. Launched in 2018, this aims to increase the safety of women in agricultural value chains. Based on the learnings from our safety initiatives in our tea plantations in Kericho and Assam, the idea is to implement this across our tea value chain, then in other sectors.

We were a founding member of the UN Women convened Unstereotype Alliance and are proud to be a Vice Chair today. Launched in 2017, the Alliance aims to eradicate stereotypes and adverse social norms from the advertising industry. Now, with over 100 members globally and activations in countries including Brazil, Turkey, South Africa, Japan and the UK, it is committed to ensuring that the industry is a force for positive social change.

The Beijing Declaration and Platform for Action – signed 25 years ago at the Fourth World Conference on Women in the Chinese capital – is considered the most progressive blueprint ever for advancing women’s rights. Despite some progress, real change has been slow. So, to mark the anniversary, UN Women will be launching Generation Equality to mobilise urgent action. With our CEO Alan Jope on the Private Sector Steering Committee, we are supporting the campaign and looking forward to being involved.

UNHCR: supporting refugees and giving them a voice

Currently, there are over 70 million people who have been forced from their homes, most of whom have fled to escape war zones, notably Syria. But while conflicts are on the rise, the effects of climate change – rising sea levels and extreme weather events – are making more and more homes uninhabitable.

As the refugee problem has escalated, so has our engagement with the UN High Commissioner for Refugees (UNHCR). And there are various ways in which this partnership works on the ground.

We lend our expertise in behaviour change – like handwashing – to UNHCR programmes. In fact, we developed an initiative called Mum’s Magic Hands specifically for humanitarian settings. We rolled this out last year in camps in the Beqaa Valley in Lebanon, where many Syrian refugees are currently living.

With the outbreak of Covid-19, we launched the Hygiene & Behaviour Change Coalition. Through this, we’re working with UNHCR to deliver handwashing behaviour change and hygiene programmes in South Sudan, the DRC and Cameroon, as well as in Cox’s Bazar in Bangladesh to support almost 1 million Rohingya refugees.

We also help with product donations. Our contribution to help UNHCR’s Covid-19 relief efforts is one of the largest in its history. More than 30 million bars of soap plus hand sanitiser, surface spray, disinfectant and laundry detergent have reached UNHCR operations around the world.

Importantly, we also advocate for refugees, backing UNHCR calls for assistance. As a large global business, we believe it is important to add our voice to that of NGOs, and of the refugees themselves. 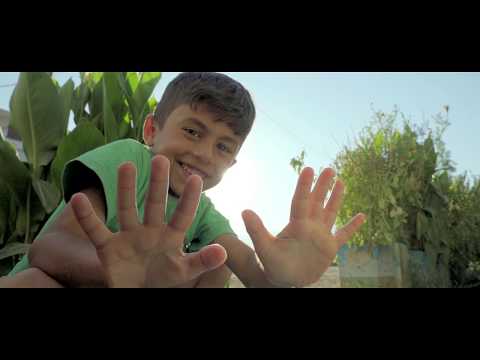 “Today, at the beginning of the 2020s, it’s clear that there have not been many times when we have witnessed such huge, global change,” concludes Rebecca. “It gives us a massive responsibility and opportunity to build a better future, and the only way to achieve that is to work together.”

To mark the UN’s 75th anniversary, our Chief Sustainability Officer Rebecca Marmot reflects on our partnership and what we have achieved together over the years.

As we find new ways to empower the smallholder farmers who help feed the world and provide critical ingredients for our products, we’re reflecting on the successes and lessons of our groundbreaking collaboration – the Enhancing Livelihoods Fund.