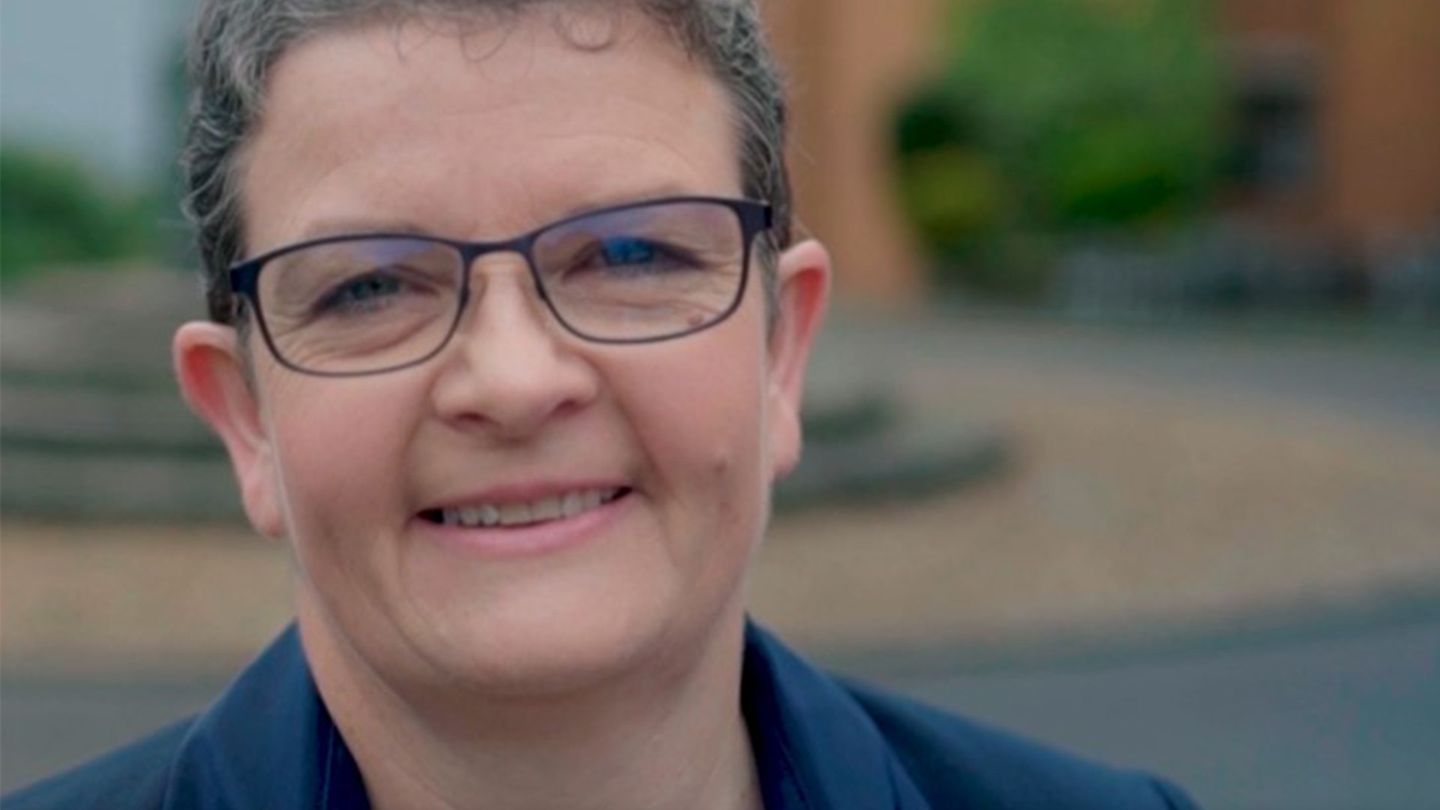 Julia Fentem has been fighting for change for over 20 years

Meet Julia, one of our 2021 Unilever Heroes. Every year, in the Heroes Awards, we recognise a handful of employees who have gone above and beyond their day job. Against the difficulties of the last 12 months, their stories are even more remarkable, bringing help and hope to communities around the world. We are deeply proud of them.

“I’m passionate about science and about safe products without animal testing. I have a job where I get to live what is important to me – protecting people, our planet and animals.”

These are the words of Julia Fentem, Head of Unilever’s Safety and Environmental Assurance Centre (SEAC), who has led Unilever’s work to develop non-animal safety science for more than 20 years, propelled by her deep commitment to helping to bring an end to animal testing for all consumer products anywhere in the world.

Based at Colworth in the UK, SEAC – which is part of our R&D facilities at the site – ensures that safety and sustainability are built into all Unilever products, with scientists from many different specialist areas providing inputs into our assessments of ingredients and future innovations.

Unilever’s work to develop alternatives to animal testing started over 40 years ago when company leaders recognised that animal tests to assure the safety of cosmetics were simply not acceptable from an ethical perspective.

A decision was made in the early 1980s to invest in scientific research to develop animal-free methods, and Julia joined Unilever in 1998 to take over leading the programme.

“I’ve been a toxicologist for over 30 years,” she says. “Looking back, animal studies were really the only tool we had to be able to generate data on ingredients and assess their safety.

“Advances in cell and tissue culture, analytical methods and being able to develop computational models have radically changed the tools we can now use to assess product safety.”

A vital role for Julia

As work progressed, Julia acted as both researcher and advocate, and the wider world took note of what was going on at Unilever. More than a decade ago, Unilever was already seen as a global leader bringing about this change, and Julia’s efforts were recognised as decisive. In 2011, the Humane Society of the United States presented Julia with the Russell and Burch Award, citing her role as “instrumental in initiating Unilever’s ambitious scientific research program”. 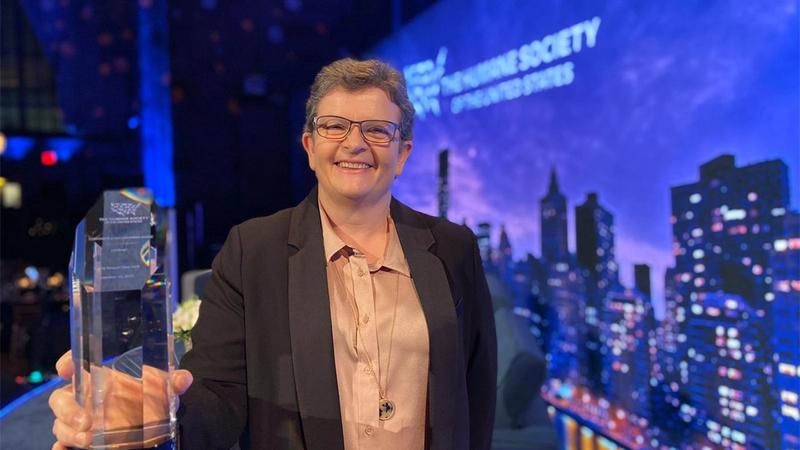 These efforts have seen results. In 2018, Dove became the first Unilever brand to be certified as cruelty-free by People for the Ethical Treatment of Animals (PETA). Since then, 29 other Unilever brands have been approved by PETA, including TRESemmé, Suave and Simple, and Unilever has been listed as one of just a handful of companies working for regulatory change. 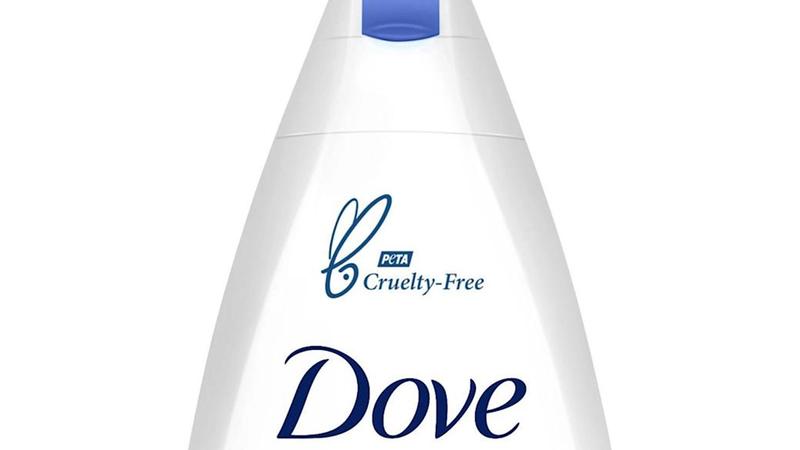 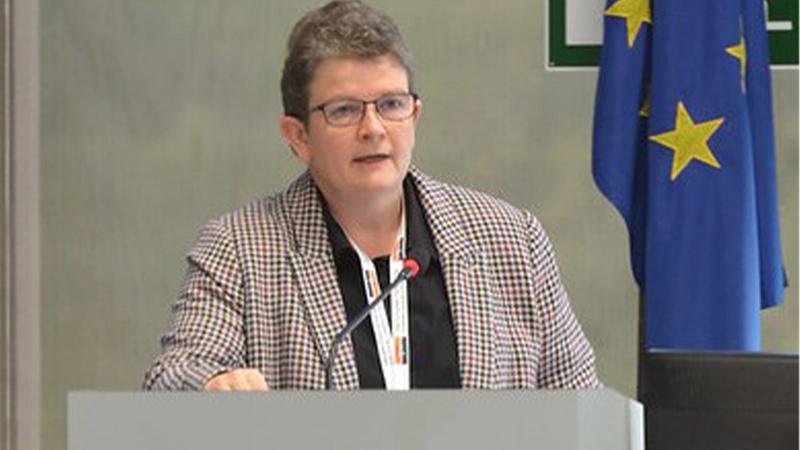 The right person for the job

Julia’s love of animals goes back to her childhood, when she had dogs, cats, rabbits, guinea pigs and fish. Her love of science, particularly human biology, grew throughout her school days, and she chose to study biochemistry and then toxicology at university.

After completing her PhD, Julia’s first job was with a science-based animal protection organisation. She moved to Italy to take up a science leadership position with the European Commission, where she led the validation and regulatory acceptance of several non-animal methods, and then it was on to Unilever in the late 1990s.

Growing up in Manchester, in the north-west of England, she says that her other passion in life is football – something, she adds, that has taught her more about leadership, inclusivity and inspiring others than she ever thought possible.

With her compassion, scientific expertise and leadership skills, Julia has engaged in the battle against animal testing for cosmetics on many fronts. She achieved another success recently through SEAC’s work in advocating for the adoption of alternatives to animal testing with the Chinese authorities.

In May 2021, China took another important step towards ending animal testing by removing the need for most imported cosmetics, including shampoo, face cleansers, skin cleansers and body washes, to be tested on animals in Chinese government laboratories. Helping bring about these changes took a decade and required perseverance.

“It was a big highlight for me to see a decade of hard work and science advocacy finally influence regulatory changes, thanks to our team of global and local experts,” Julia says. Kate Somerville, Unilever’s prestige skincare brand, received the first-ever import licence from the Chinese authorities in June 2021 without any animal testing.

Non-animal testing, Julia stresses, is both humanitarian and better science. Apart from removing the need to test on animals, non-animal methods have been developed to be human-relevant. This means they give a better idea of how the human body will react to a particular ingredient or product, giving them a great advantage over animal tests. “We say use science, not animals,” says Julia.

Yet for all the battles won, there are more ahead. Last year, the European Chemicals Agency (ECHA) began to request new animal tests on ingredients with a long history of safe use, effectively eroding the EU’s long-standing ban on animal testing for cosmetics.

“This could involve unnecessary tests on hundreds of thousands of animals,” says Julia who is tireless in combating yet more hurdles to non-animal testing. “It is a backward step in efforts to get to a global ban on animal testing for cosmetics, which the European Parliament has been calling for since 2018.”

Unilever is strongly opposed to ECHA’s requests, she explains, and Unilever brand Dove has united with The Body Shop and hundreds of animal protection organisations to lead a campaign to save cruelty-free cosmetics. Read more about the campaign and the European Citizens’ Initiative here.

Julia expands on the need for activism. “At the start of my Unilever career, I never imagined I’d be working side by side with major NGOs, like PETA and Cruelty Free International, to bring all stakeholders together to try to end animal testing,” she says.

“I want more safety scientists to recognise that we also have a huge role to play as activists. It’s thanks to advances in science, which underpin our animal-free approaches, that we’re able to collectively speak out and create a movement among consumers who don’t want the products they buy to be tested on animals.”

A warrior for our times

As a 2021 Unilever Hero, Julia has gone way beyond her day job. Her passion and drive have significantly advanced progress on non-animal testing for more than two decades. Researcher, advocate, animal lover and football fan, she lives her purpose with dedication and commitment.

Animals in Europe Podcast | Presented by Eurogroup for Animals (Number 18)