The power of food to unite

From an extraordinary year come extraordinary stories. The winners of this year’s Heroes Awards have gone above and beyond their day-to-day jobs. They are living our values and bringing our purpose-led, future-fit strategy to life. From nearly 900 nominations, 12 winners were selected. They come from all around the world – meet our Heroes and find out about their incredible achievements.

“A few years ago I was on my way to work in Rotterdam, reading about the journeys of refugees from Syria in a newspaper,” says Erin Groot Hermsen, Knorr Portfolio Transformation Manager. “I found myself thinking that no one wants to leave their home voluntarily. It’s a very brave thing to do.”

Erin was inspired to find out more. “I wanted to witness the crisis with my own eyes to see how best I could support the refugees,” she says. She made contact with the Amsterdam-based NGO, Movement on the Ground, which provides humanitarian aid to refugees on the Greek islands of Lesbos and Samos.

Using part of her annual leave, Erin volunteered to work in the Kara Tepe refugee camp on Lesbos, which offers a temporary home to asylum seekers. When she came to meet the refugees, she realised that they had more in common than she had supposed. The similarities were greater than the differences. And the best place to identify those similarities, she discovered, was over a shared meal.

The conversation and companionship that develop reveal how universal many experiences are, most notably family love and parental devotion. And even music and fashion transcend borders, with people finding all sorts of common interests across the dinner table.

“A meal offers a very easy way for people to connect,” says Erin. “And it was by meeting these refugees in real life – especially over a meal – that I realised we had similar hopes and dreams and values, despite our different backgrounds.”

From this, the idea of a cookery book, inspired by the refugees, was born. Back in Amsterdam, she took the idea forward. “I had zero skills in developing recipes and creating a book,” says Erin. “Despite that, I committed myself to the project.” 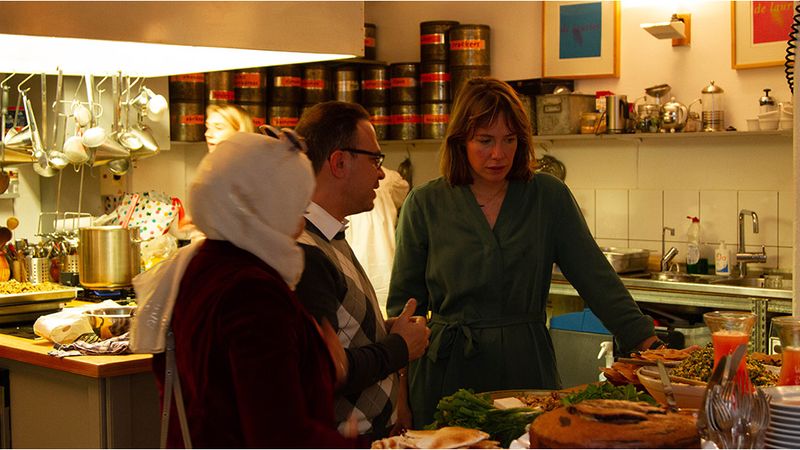 She worked with a group of volunteers – chefs and restaurateurs on the one hand and publishing professionals on the other, some of Middle Eastern origin and others more local – to create ‘Makkelijk Midden-Oosters’ (‘Easy Middle Eastern’ recipes). 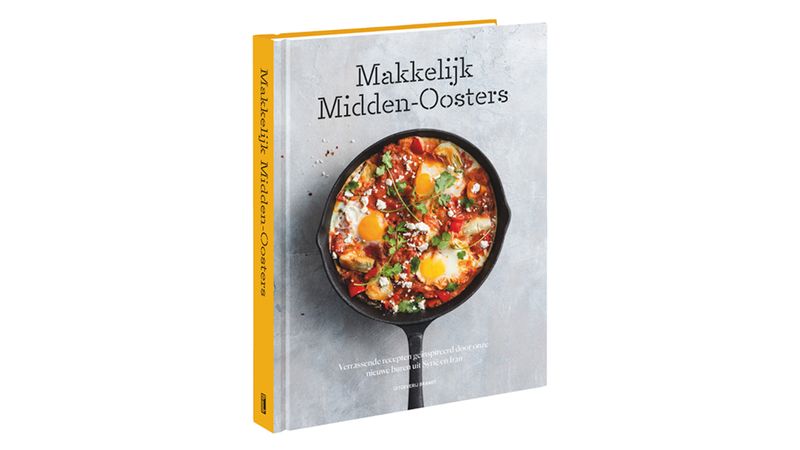 The book features six refugees from Syria and Iran, telling their stories and sharing their recipes, which have been adapted to ensure that Dutch consumers can access the ingredients easily. The refugees – “our new neighbours” as Erin calls them – are building successful new lives in the West but are eager to share their favourite foods.

One of the participants, Vivian, talks about a traditional tea that is prepared in Syria when a baby is born. Another, Yoones, from Iran recalls a favourite aubergine stew that his mother used to make for him. And Ahmad recounts the story of the day that a bomb hit the bakery that he ran in Syria, leaving his life literally in ruins. He fled to Europe and now lives and works in the Netherlands. He believes that the best baklavas are made in Syria – the secret is in the honey – and his recipe is given in the book.

Erin is still celebrating the launch of the book and believes that learning about food from other cultures is inspiring and enriching. The book was three years in the making and had no formal budget but it was finally launched in October 2020. “I’m overjoyed that we managed to create this beautiful book full of delicious recipes,” says Erin. “It couldn’t have happened without the creative and culinary teams and my new neighbours who have given me an insight into their lives. This book is a tribute to them all.”

The book can be obtained from Bol.com (which ships abroad) and is also available from other bookshops in the Netherlands.

All profits from the book are being donated to Movement on the Ground.

Thanks are gratefully made to the following for their contribution to the food styling, recipes and photography: