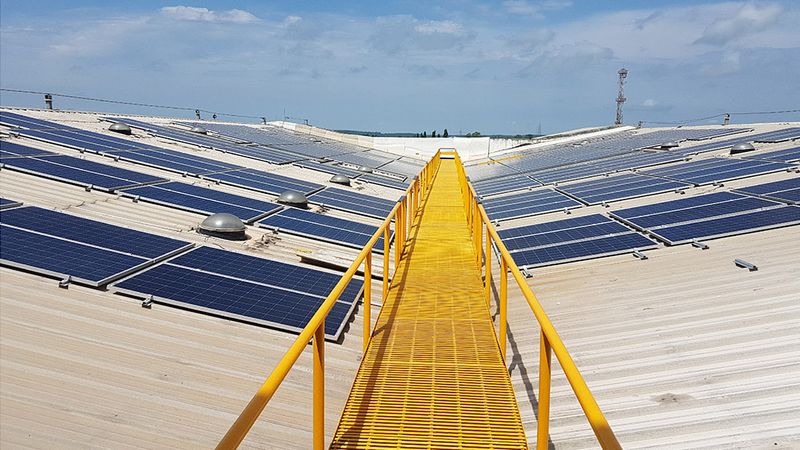 As far as possible, Unilever’s transition to renewable electricity has been delivered through supporting the development of local renewable energy markets, with 38% of its grid electricity supplied through corporate Power Purchase Agreements (PPAs) and green electricity tariffs.

Where it has not been feasible to do this, Unilever has purchased Renewable Energy Certificates (RECs) – openly-traded certificates linked to renewable electricity generation.

Sam Kimmins, Head of RE100 at The Climate Group, said:

“Congratulations to Unilever – achieving 100% renewable electricity across five continents means the company is quickly advancing on its RE100 goal as it works to become a ‘carbon neutral’ company by 2030. Through its membership of RE100, global companies like Unilever are sending a strong demand signal to the few markets where renewables remain harder to access. They want to be able to source renewable electricity locally at an affordable price – and they want to do that now.”

Today’s announcement comes ahead of Unilever taking to the stage at the opening ceremony of Climate Week NYC and participating in the United Nations Secretary General’s Climate Action Summit, where it joins leaders from government and business in advocating for the importance of limiting global average temperature rise to 1.5°C – in line with the Paris Agreement.

Unilever’s achievement is a significant step towards its target to become a carbon neutral company before 2030. Unilever has worked with partners around the world to generate renewable electricity at its own sites, with solar power in use at Unilever facilities in 18 countries.

“The climate emergency is one of the most urgent challenges we’re all facing. Our team have worked hard to secure renewable energy contracts for our sites across five continents, accelerating the delivery of our 100% renewable energy targets.

“Of course, there is more work to do, but we hope that today’s announcement will inspire further action elsewhere and help to prove that it is possible to combat the climate crisis and hold global warming at 1.5 Degrees Celsius. Renewable is doable.”

A substantial contribution to today’s announcement comes from Unilever’s investment in energy efficiency programmes, which have led to a reduction in total energy consumption of 28%, and to the halving of carbon emissions per tonne of production since 2008, as well as the introduction of on-site solar electricity generation.

There have been no net on-costs to get to this point. Savings that Unilever was able to generate through mechanisms such as PPA’s have counterbalanced additional costs.

Because these forward-looking statements involve risks and uncertainties, there are important factors that could cause actual results to differ materially from those expressed or implied by these forward-looking statements. Among other risks and uncertainties, the material or principal factors which could cause actual results to differ materially are: Unilever's global brands not meeting consumer preferences; Unilever's ability to innovate and remain competitive; Unilever's investment choices in its portfolio management; inability to find sustainable solutions to support long-term growth; the effect of climate change on Unilever's business; customer relationships; the recruitment and retention of talented employees; disruptions in our supply chain; the cost of raw materials and commodities; the production of safe and high quality products; secure and reliable IT infrastructure; successful execution of acquisitions, divestitures and business transformation projects; economic and political risks and natural disasters; financial risks; failure to meet high and ethical standards; and managing regulatory, tax and legal matters. These forward-looking statements speak only as of the date of this announcement. Except as required by any applicable law or regulation, the Group expressly disclaims any obligation or undertaking to release publicly any updates or revisions to any forward-looking statements contained herein to reflect any change in the Group's expectations with regard thereto or any change in events, conditions or circumstances on which any such statement is based. Further details of potential risks and uncertainties affecting the Group are described in the Group's filings with the London Stock Exchange, Euronext Amsterdam and the US Securities and Exchange Commission, including in the Annual Report on Form 20-F 2019 and the Unilever Annual Report and Accounts 2019.