This issue relates to the following Sustainable Development Goals

Using our voice to build a circular plastic economy

Plastic pollution is too big for us to solve alone. We’re advocating for systems change to create a circular economy for plastics. 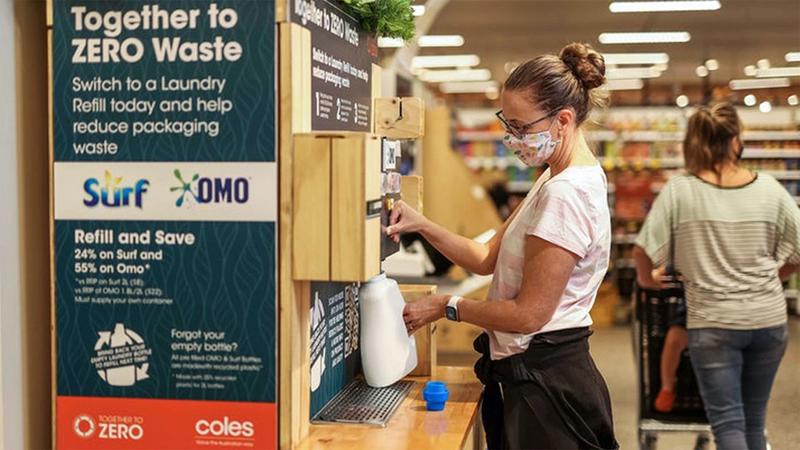 Plastic is a valuable material but plastic pollution must stop. Systemic change requires a co-ordinated international response so we're working with suppliers, governments and other partners to advocate for tough global action, including a UN treaty to provide the global framework that’s needed to set out solution pathways to plastic pollution.

We support 'extended producer responsibility' (EPR) policies and schemes – in which we pay for the collection and processing of our packaging. We believe optimal EPR regulations, that reflect the unique waste management requirements in that country, can be a game-changer in the fight against plastic waste. They boost recycling systems, support closing the gap between what packaging is technically recyclable and what is actually recycled, ensure money is invested in the right places, hold businesses to account for the packaging choices they make, and, as a result, enable a circular economy.

What is ‘extended producer responsibility’?

Governments use extended producer responsibility schemes – EPR for short – to make companies like Unilever, who manufacture products packaged in plastic, cut plastic packaging and use more recycled content. They do this by charging the companies to collect and process packaging. 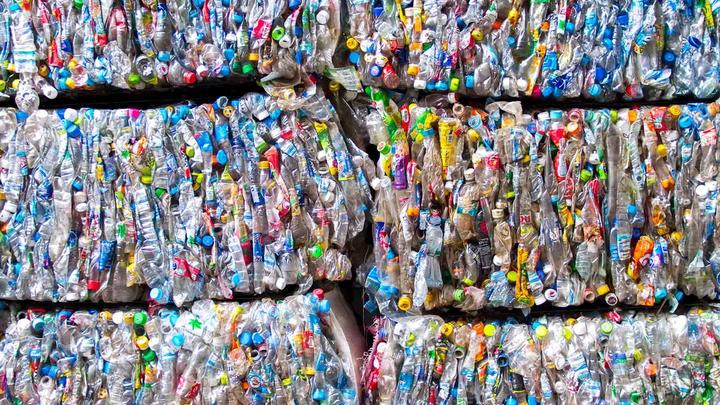 We believe the world needs a UN treaty to tackle plastic pollution – just like the Paris Agreement to tackle climate change.

Tackling plastic pollution will need big interventions at every point in the plastics system, from new technology and manufacturing innovation, to better recycling and collection infrastructure. We need businesses and governments to work together, across national boundaries, to create a coordinated response that deals with the problem at source. That’s why, alongside more than 70 other businesses, we’re calling for an ambitious and legally binding UN treaty – based on a circular economy approach – to tackle plastic pollution on a global scale, similar to how the Paris Agreement put us on a path to tackle the climate crisis.

Led by the Ellen MacArthur Foundation, WWF and Boston Consulting Group and others in our industry, we’ve outlined the business case for a UN treaty (Opens in a new window). Together we want to see a global agreement with goals, binding targets and national action plans. We believe that transformation change will require legally binding and mandatory targets to limit virgin plastic production at national government level, to drive accountability.

By aligning governments, businesses and civil society behind a shared approach to addressing the plastic problem, we can create the right conditions for a circular economy for plastic to work in practice, at scale. We’re optimistic that such a treaty could be created and adopted. Almost two-thirds of UN member states – 130 countries – already back the idea, along with many businesses (Opens in a new window) and investor groups. People are also demanding action. WWF’s petition (Opens in a new window) calling for the treaty has so far been signed by over 2 million people. But we need more organisations and people to show their support – to exert pressure on all governments to get to work on delivering the treaty.

We’re at a critical point in time to establish an ambitious UN treaty that cuts off virgin plastic production, fosters collaboration for systemic solutions and speeds up the transition to a circular economy globally.

Partnering for a circular plastics economy

We want to make sure the systems our products flow into are robust – and ideally, circular. That means shifting the economy from a finite and linear – take, make, dispose – model to a circular approach that protects the environment and protects our resources whilst supporting a growing population.

Some significant challenges remain, including the selective collection of packaging waste, little or no waste infrastructure, limited investment in the waste industry and regulatory barriers to using recycled plastic. We believe that governments can also play a role in encouraging behaviour change and increasing recycling rates.

We joined around 250 packaging producers, brands, retailers, recyclers, governments and NGOs in signing The New Plastics Economy Global Commitment (Opens in a new window) in 2018, which aims to eradicate plastic waste and pollution at source. The latest 2021 Progress Report (Opens in a new window) finds that virgin plastic use has peaked among the brands and retailers involved, and is set to reduce by almost 20% by 2025 compared to 2018 levels. Virgin plastic packaging consumption has dropped among signatories for the second year running.

We contributed to the Consumer Goods Forum’s Golden Design Rules (Opens in a new window) for optimal plastic design, production and recycling. Our CEO co-sponsors the Consumer Goods Forum Plastic Waste Coalition of Action, which brings together the biggest players in our industry to collaborate on progress towards the New Plastics Economy.

Across the world we’ve signed twelve plastics pacts – such as the European Plastics Pact. These pacts bring together national governments, NGOs and business as they join forces to avoid plastic waste across their value chains. Signatories commit to bold targets for 2025, and progress will be monitored and reported upon annually.

We’re also contributing to The Ocean Fund (Opens in a new window), managed by Circulate Capital, to support better investment and infrastructure in South and South East Asia, where ocean plastic pollution is particularly acute. Together with other major consumer goods and beverage companies, collectively we are investing USD $100 million in waste collection, management and recycling infrastructure, initially in India and Indonesia.

By committing to ambitious circular economy goals for plastic packaging, Unilever is contributing to tangible system change and sending a strong signal to the entire fast-moving consumer goods industry. Combining upstream measures on design and materials with post-use strategies demonstrates the system-wide approach that is required to turn the New Plastics Economy into reality.

Flexible packaging – the kind that’s great for getting our products to consumers in pouches and sachets – is particularly challenging to recycle. We’re partnering with others in our industry to find solutions and advocate for wider change. In the UK we’re working with other brands, including Mars, Mondelēz International, Nestlé, PepsiCo, and plastics manufacturers, recyclers and retailers, to launch the Flexible Plastic Fund (Opens in a new window).

Together we’re working to create a transparent system that incentivises high-quality recycling of flexible plastic material that has historically gone to waste. The Fund’s long-term ambition is to ensure flexible plastic recycling is UK-based, fully circular and facilitated by household recycling collections.